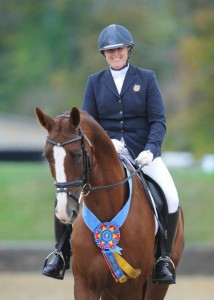 This partnership of Jordan and Rubicon 75 began in April 2014. Jordan had already qualified with Deeice Denison’s Sebastian for the 2014 WEG Selection Trials so she headed to Europe in the Spring of 2014 for the opportunity to gain some international miles aboard Rubicon 75. The pair hit it off and completed a successful European show tour. In June 2014 Jordan competed at the selection trials with Sebastian earning a short-list ranking for the U.S. The 2014 show season was the final international Para-Dressage season for Jordan and Sebastian. Jordan and Sebastian have garnered multiple accolades to their name including being U.S. team alternates for both the 2012 Paralympics in London and the 2014 WEG in Normandy. Sebastian retires internationally holding a back to back Grade IV USEF Para-Equestrian Dressage National Champion 2011-2012 (no finals in 2013) and a Grade IV reserve championship in 2014. Sebastian was undefeated in competition in 2014 prior to the WEG Selection Trials and was the top Grade IV horse on the USEF ranking list 2011-2014. Immediately prior to WEG 2014 Sebastian and Jordan were the third highest ranked Para-Dressage horse/rider combination from the USA according to the FEI. Jordan will be taking her experience aboard her past mounts aiming for the 2016 Rio Paralympics with Rubicon 75 beginning with the U.S. Dressage Finals. This will be Jordan’s second time back to The Kentucky Horse Park where she rode horse Paxton Abbey as an individual at the 2010 World Equestrian Games.

In its second year, the U.S. Dressage Finals presented by Adequan® is a unique head-to-head national championship competition for Adult Amateur and Open Dressage riders at all levels of competition from Training to Grand Prix. It is unique to have a Para-Dressage horse and rider combination competing in this able-bodied championship.

Jordan explained, “Rubicon qualified for NEDA Fall and Regionals at one show in August 2014, our first stateside competition. I rode four tests at 2nd and 3rd level over two days and got my qualifying scores at Vermont Dressage Days in Essex Junction, VT. There, Rubicon earned high score of the show and won the Blue Seal Amateur Cup on a score of 69+%. His scores in Saugerties went up to 72.9%. Rubicon is our hopeful for Rio 2016. I successfully competed him at the CPEDI3* in Moorsele, Belgium, just missing the qualifying score for the U.S. Selection Trials for Normandy by 3/100s of a point. I only had him two weeks at that point. He also won and was 2nd place at a national horse show in London with me with scores in the low 70s.”

She acknowledged, “I am so incredibly excited to compete in Kentucky with this extremely wonderful horse along with the nation’s best riders and horses from around the country. A sincere thanks to my family, friends, Coach James Koford, Vinceremos Therapeutic Riding Center, Catherine Haddad Staller, and sponsors for their support and encouragement with our new partnership.” 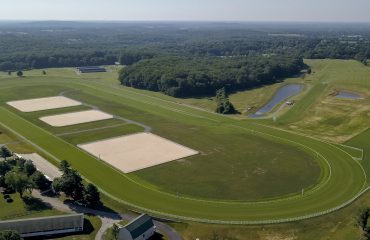 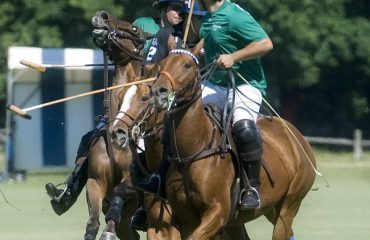 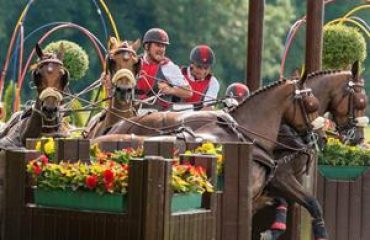