Anthony D’Ambrosio of Red Hook, NY, is the course designer in the International Arena at PBIEC for the week. On Thursday, 64 entries showed over D’Ambrosio’s speed track for the eighth installment of the Ruby et Violette WEF Challenge Cup Series with 17 clear rounds over the course. McLain Ward and Super Trooper de Ness, an eleven-year-old Belgian Sport Horse stallion by Vigo d’Arsouilles x Polydor, had the fastest time of 59.12 seconds. 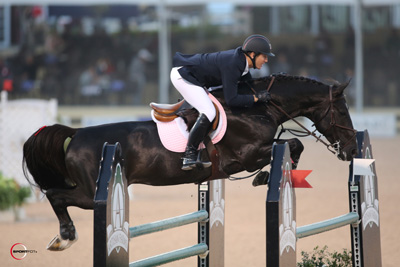 Commenting on his winning round aboard Super Trooper, Ward noted, “He is a very fast horse. I had the luxury of going on Zander first and had a good round. I actually wasn’t thinking to beat Kent when I went in the ring. I was thinking fast, but kind of right behind them is what I was hoping.”
“It was a good day,” Ward smiled. “The class had a lot of participation and a lot of entries, which is a good thing. The sport is strong. These classes are hard to win, but both of my horses went phenomenal and I was really happy with them. Anthony built a nice course. It was difficult, but it wasn’t unfair or trappy. It was a good class I think.”

Ward has had a lot of great horses over the years and although they are still building their partnership, he already counts Super Trooper among the top. “I think he is one of the best horses I have ever sat on,” he stated candidly. “He is an unbelievably careful horse. He had a colic last year and lost some time and we started back this year in Florida and built up. He won a 1.50m and he almost won a WEF (Challenge Cup), but had the last fence down in the jump-off. I think the sky is the limit for him, but he is so careful that I have to be very correct in how I bring him up to that level.” 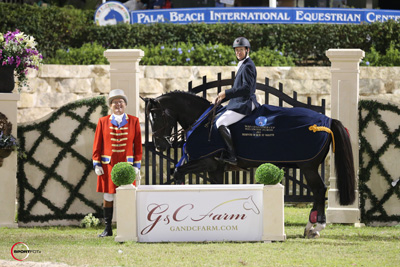 Louise Serio and Carento made their debut in the Equine Tack and Nutritionals First Year Green Working Hunters to much success during week eight of the FTI Consulting Winter Equestrian Festival (FTI WEF), sponsored by G&C Farm. Serio piloted the seven-year-old Holsteiner gelding, owned by Sherri Crawford, to a division championship after placing sixth under saddle and jumping to third and first places over fences on day one of competition. On day two, Carento and Serio solidified their victory with third and fourth place finishes over fences.

Reserve championship honors went to Artisan Farms’ Antwerp and Cookie Beck. Beck and Antwerp, a seven-year-old Oldenburg gelding, were fourth under saddle day one and jumped to a blue ribbon finish over fences on day two. 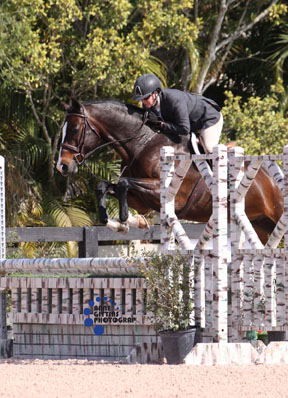 Week eight of the FTI WEF was Serio and Carento’s first week showing the First Year Green Hunt division. The pair previously competed in the Perfect Products Pre-Green Hunter Level 1 division during weeks two and five of the FTI WEF. Serio was very pleased with the gelding’s performance over higher fences. “He was exceptional. He felt great yesterday and he was great again today. We’re thrilled to keep going,” Serio commented.

Carento is trained by Kitty and John Barker, who recruited Serio to ride him at the beginning of this year. “I just started riding him in Florida this winter. He’s been wonderful. He’s really straightforward and very brave. Yesterday was hard out here for his first time doing First Years. He was excellent,” Serio described.

A combination of inclement weather and a bogey corner in the ring challenged many of the horses during day one of competition. “Yesterday was a tough day for all of us. The horses got a little weird about a corner, I’m not sure why. There wasn’t anything there! I think today was a nice day to finish up,” Serio stated.

Serio credited Carento’s success to his own internal desire to win. “One of the things you find with these horses [that are successful] is that they always really go in and try to do well. He feels like he’s got that. He doesn’t go in and try to lose, he really tries to win every time,” Serio explained.

Serio expects to continue to compete with Carento in the First Year Green Hunters, but is unsure of their future together past the FTI WEF. “It will be up to his trainers to decide what he does, but I certainly hope to continue riding him,” Serio concluded.

Hunter competition for week eight of the FTI WEF, sponsored by G&C Farm, continues Friday, March 1, with the Low Adult Hunter 2’6″ Section A division, hosted in the Rost Arena at the Palm Beach International Equestrian Center. The International Arena will feature the $10,000 G&C Farm Speed Stake during the day session followed by the $75,000 Furusiyya FEI Nations Cup™ presented by G&C Farm at 7 p.m. For full results, please visit www.showgroundslive.com.
To view the CSIO Wellington Media Guide for the U.S. Teams, click here.

A section dedicated to the Furusiyya FEI Nations Cup™ Jumping is now available on the FEI website here. News from the series are being posted on a regular basis on the FEI’s social media platforms Facebook (http://www.facebook.com/the.fei), Twitter (https://twitter.com/myfei_home) using the hashtag #Furusiyya, and YouTube (http://www.youtube.com/user/feichannel/videos?view=0). 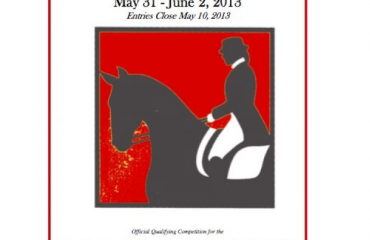 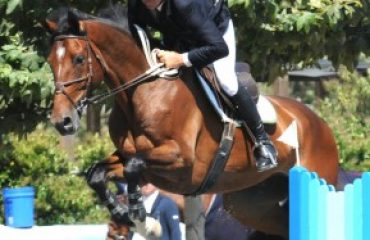 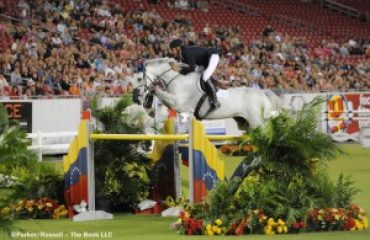