Halifax, MA – June 22, 2013 – The Grand Prix field at the Fieldstone Show Park was immaculate as riders gathered this afternoon for the highly anticipated $10,000 Fieldstone Grand Prix. The arena was hot with competition for the fourth day of the Plymouth Rock Hunter/Jumper Classic. It came down to eight horses in the jump-off, all vying for the lion’s share of the prize money, as well as the deserved bragging rights. The talented 17-year-old Michael Janson rode to the top of the leader board with his blazing time and double-clear effort aboard Sangre Azul, becoming the pathfinder with his time of 36.847 seconds.

“I think with the group we had, I didn’t want to do anything very technical, so I built a serpentine course with only one related line that had a nice approach. I was able to put the fences a little bigger, but for me, I would rather build a less technical course a little bigger and let them jump a little more,” DeVita explained. “I was happy with how it went today, I don’t usually do anything too trappy or tricky, and I generally do three doubles, so the course was very much my style.”

It was the first horse to enter the ring, Japan, with Penny Brennan in the irons who set the pace and rode to the first clear effort of the day. A total of eight horses qualified for the jump-off course where they were asked to complete a serpentine of obstacles. Each consecutive rider took the seven obstacles with accuracy and time on their minds. They were allowed 50 seconds throughout the short track, where they began over the first three original obstacles: an opening oxer, multicolored vertical, and the Antares oxer. Upon landing from the third fence, they moved over obstacles 14a and b for a tight two-stride vertical-vertical combination. A right hand turn then brought the horse and rider combinations to the daunting penultimate oxer, where they landed and then raced to the finish where they would seal their position in the standings.

Brennan was the first to take on the jump-off course, and it seemed as though she had it with her speedy turns and quick-footed Japan; however, the back rail fell on the second to last oxer, opening the flood gates for the seven remaining competitors.

Michael Janson was the next to take on the track, and although his time of 36.847 seconds fell shy of Brennan’s time, he was able to leave all rails in place to become the leading rider. He sliced the turns and rounded the course with an effortless finesse as Sangre Azul took each fence. The crowd was aghast as he cleared the final oxer in 36.837 seconds. He and Sangre Azul, owned by Gladewinds Farm, Inc. of Wellington, FL, wore a target on their backs as each consecutive rider attempted to best their ride.

“He went fantastic out there, and now we are looking at Lake Placid. I couldn’t have asked Sangre to do more out there for me,” Janson explained. “The field was tough, Penny Brennan rides great and really put the pressure on me, but we all have our days.”

Janson continued, “He just needs a smooth ride, he is really geared for this field. I just need to let him gallop and stay out of his way. It took a few months for us to make this partnership really work, but now we understand one another really well.”

Gwen Goodwin and Fedel were the only other pair to post a double-clear effort. Goodwin took a more conservative approach to the jump-off, aiming for accuracy over speed. This was only the second time that Goodwin and Fedel have competed in a Grand Prix, but the pair wore their eventual second place ribbon proudly.

“This was a new experience for both of us, we are learning to close our hand and kick a little harder to get that higher jump-honestly, I thought I was going to get jumped off during the in-and-out,” Goodwin laughed. “He was super out there, and we are really working on consistency. Double-clean is a big deal for him, me too, but especially for him.”

The 16-year-old Swedish Warmblood, Fedel, did not have the easiest of beginnings. It was about three years ago that Goodwin visited Florida and saw the 13-year-old horse in the pasture after a rough colic surgery. Goodwin described the moment she saw him in rehab in the field as the moment she fell in love. Time brought the two of them back together only a year ago, and today they showed how far their partnership has taken them.

“I honestly feel like our partnership is an entirely God-given thing. There was something about him from the beginning; I always knew I wanted to try with him. He has been a blessing,” Goodwin explained.

Brennan returned to the jump-off course with Sun Tzu, the winner of May’s $25,000 Fieldstone Grand Prix. The chestnut’s open stride covered the ground easily, and it was apparent that the duo had all the skill to take the win again. It was the third obstacle of the course this time that fell to the ground with a heartbreaking thud. It was their time of 35.264 seconds that won them the third place award.

Michael Janson rode proudly to the center of the arena to pose for the presentation photo, and the 17-year-old was nothing but smiles as he prepared to lead the victory gallop. Janson has been riding with trainer David Oliynk for nearly 10 years, and today Oliynk stood ringside as he cheered his student on.

“I think you always get a bit nervous when your students and horses are out there. Sangre is a very trustworthy horse, and luckily we kept all of the rails up today,” Oliynk described.

Sangre is no newcomer to the winner’s circle at the FieldstoneShowPark. Oliynk discovered Sangre Azul through Margie Engle about two years ago when Elizabeth Kenny came in second at a Grand Prix. Janson began working with the horse in January, building their relationship through the winter circuit. “Everything has come together well, and we are excited to for the upcoming shows in our schedule. We will definitely be back in August for the Summer Showcase.”

Oliynk continued, “Michael and his whole family are so dedicated to the sport and training, and they are such a pleasure to work with. I think Michael has a great determination to win, has great support from his parents, and luckily throughout the years he has gotten the horses he needed to support his determination.”

Goodwin and Fedel followed behind in the second place position, while Brennan picked up the third with Sun Tzu. She also rode to the fourth and fifth place finishes with Japan and Greater Good, respectively. Although Japan is her veteran mount, Greater Good is a new ride for Brennan, and she admitted to having aspirations for his future. Emily Bickford and Rio were awarded the sixth place, while Brennan also nabbed the seventh place finish with her final mount of the class, Daredevil. D.J. Volandre and Tequila were presented with the eighth place ribbon.

“The field was fantastic today,” DeVita said after the conclusion of the event. “They flew in the jump-off! Scott did a fantastic job last night getting it ready, and I don’t think the field could have been in better shape. I am thinking that the $50,000 Fieldstone Grand Prix in August is going to have some great numbers, as well as a great field of riders. Today was a good taste for the spectators, I think we will have some people coming out here in August to enjoy the sport.”

The Plymouth Rock Hunter/Jumper Classic will conclude tomorrow with the highlight hunter event, the $10,000 Fieldstone 3’3″ Hunter Derby, in addition to the $1,500 Adult Amateur Hunter Classic and the $1,500 Children’s Hunter Classic, all to be seen on the derby field. For more information on Stadium Jumping and the approaching Fieldstone Summer Showcase, please visit www.showfieldstone.com. You can also follow the Fieldstone Horse Shows on Facebook at https://www.facebook.com/fieldstone.equestrian.

Animals: No dogs or other pets are allowed on the grounds unless they are leashed and under control. Unrestrained pets will be impounded and released only upon payment of fine,

From Route 3: Heading south or north take Exit 9(Rte. 3A, Kingston, Plymouth). Top of the ramp turn right on Rte 3A (towards Kingston). Through two sets of lights to a blinking light, bear left on to Rte 27-106. Travel about one mile to set of lights and fork. Take left at fork onto Rte 106. Fieldstone Farm is approximately 5 miles on the right in Halifax, MA.

Ring Dimensions/Specs:
The Grand Prix Field is grass. The Jumper Ring 5, Hunter Ring 1, Equitation Ring 2, Hunter Ring 4, Jumper Schooling areas and other schooling areas have Sand Euro Felt footing. The lunging area has a sand surface. The dimensions of the competition areas are as follows: 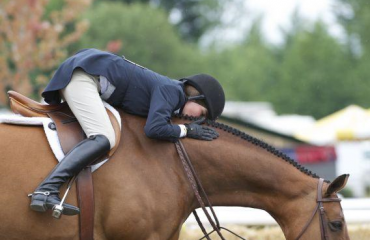 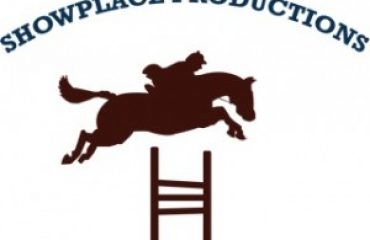 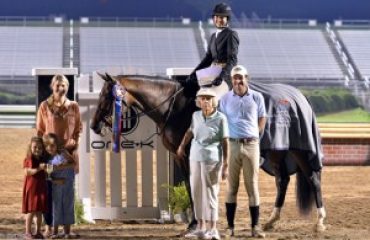