He Rides To First and Third Places

As the third rider to start in the 13-horse jump-off, Ward, on Antares F, stopped the timers just 0.02 seconds short of the mark Kent Farrington had set right before him on Venus (42.26 seconds). Four more riders tried and failed to lower Farrington’s time before Ward returned to the Grand Prix ring on Pjotter Van De Zonnehoeve. Ward, 36, visibly set his jaw to go for first place and then submarined the two leading times, finishing in 40.33 seconds.

Only one of the remaining six riders finished faultlessly as they attempted to surpass the top pair. Farrington, of Chicago, Ill., kept second place.

“I knew I had second with Antares when I came back in, and I thought we could hold it, so I figured I’d go for it,” said Ward. “Pjotter is a very fast horse.”

The 37th annual Hampton Classic Horse Show runs through Sunday, Sept. 2, and features world-class show jumping competition, as well as magnificent shopping and a variety of entertainment attractions. The Classic features six show rings with more than 100 classes of competition for horses and riders of all ages. A wide range of jumper, hunter, equitation, short stirrup and leadline classes are all part of the Classic’s schedule, as well as competitions for riders with disabilities.

Two additional outlets, the USEF Network.com, Presented by SmartPak, and HRTV, The Network for Horse Sports, will both offer free live webcasts of the Classic’s featured event, the $250,000 FTI Grand Prix and FEI World Cup™ Qualifier on Sunday, September 2 starting at 2:00 p.m. EDT. These free live webcasts are available at www.USEFNetwork.com and www.HRTV.com<http://www.hrtv.com/. 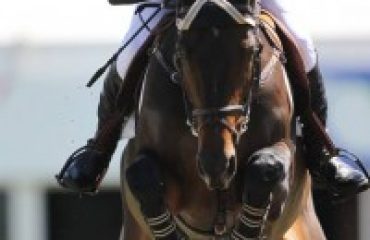 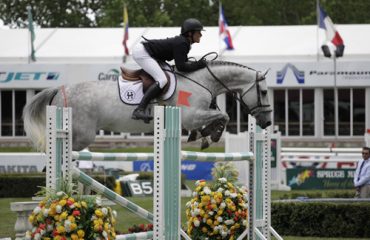