WELLINGTON, FL-May 23, 2013—A big four-goal second chukker gave Audi all the confidence it needed to defeat ELG, 7-6, on Thursday and advance into Friday’s semifinals of the Piaget Memorial Day Cup at Grand Champions Polo Club.

Audi will meet YP.Com at 4 p.m. in the first semifinal game followed by Longfield playing Inner-Continental in the second semifinal game. 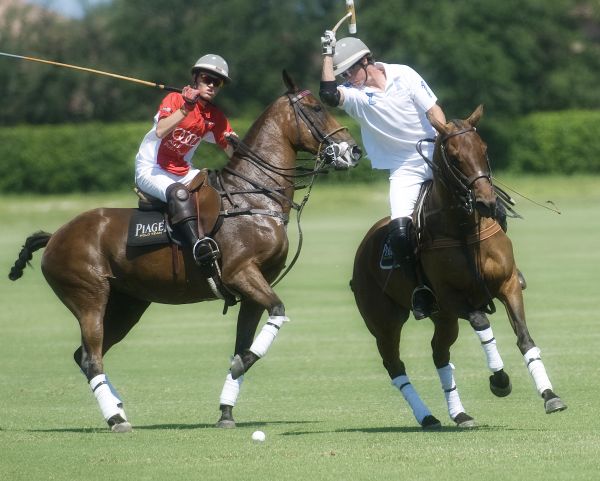 The Audi-YP.Com matchup will feature Grant Ganzi of Audi playing his mother, Melissa Potamkin-Ganzi of YP.Com.

“She is a pleasure to play against, she is a good player,” Ganzi said.

It was Grant Ganzi, 14, a freshman at St. Andrew’s School, who scored two goals and shut out ELG, 4-0, in the second chukker for a 5-2 halftime lead. 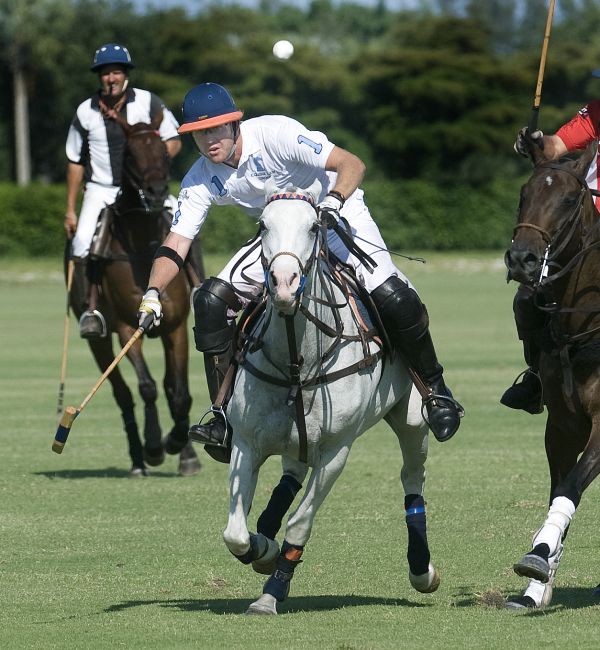 ELG’s Kris Kampsen (1) keeps his eye on the ball as he attempts to hit it in the air. Photo by Scott Fisher

“That was a big chukker where we went up 5-2,” Ganzi said. “My two goals helped a little bit. We played well as a team and then it seemed like we took over.”

Audi had a 7-2 advantage before ELG rallied and staged a comeback at the end of the fourth chukker. ELG continued to whittle away at its deficit in the fifth and sixth chukkers.

“In the end it got a little scary, when they came back,” Ganzi said. “Kris Kampsen played a big part. You can never give up on Kris.”

It was the first time Ganzi played with JJ Celis, who led scoring with three goals, and Leo Mandelbaum, who scored one goal. Lucas Lalor scored the other goal. 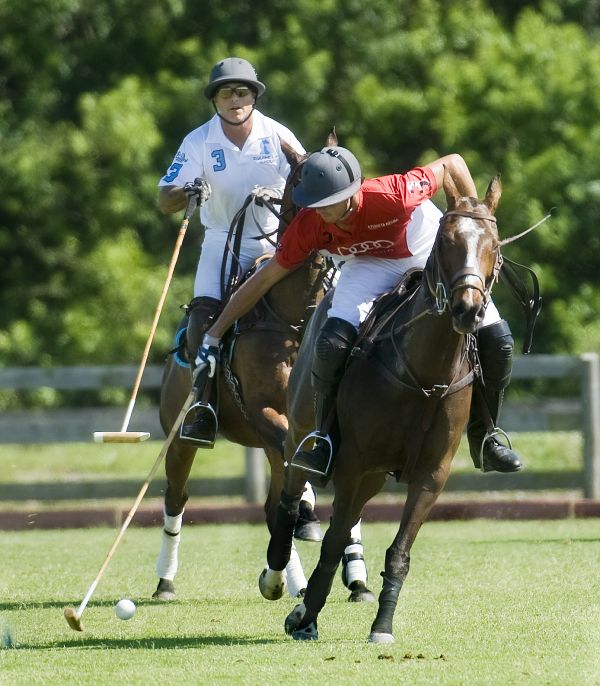 “It was a nice change,” Ganzi said. “It didn’t really take that long to get the chemistry going. It only took the first chukker to get used to it and I was on a new horse, too. The second chukker I was on a horse I felt confident on and the third chukker as well. The team went well and we just had the chemistry.”

“They are a strong four-man team just like us,” Kampsen said. “So when not everybody wins their play, the guy they are playing against is winning their play.

“They played great,” Kampsen said. “Grant came out on fire scoring two of their goals that chukker. If I made that 40-yard penalty shot with 2:30 on the clock we had a chance to turn the game around. But when I missed the 40, game over at that point. We did the best we could do.” 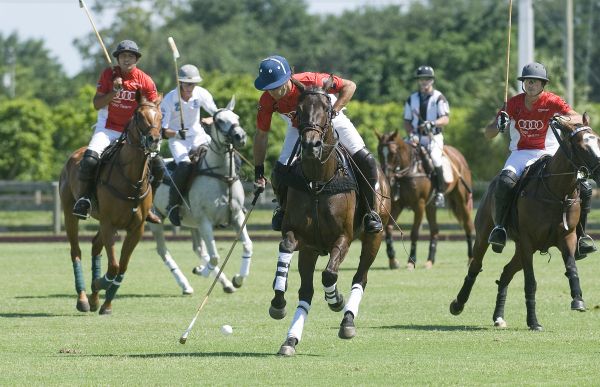 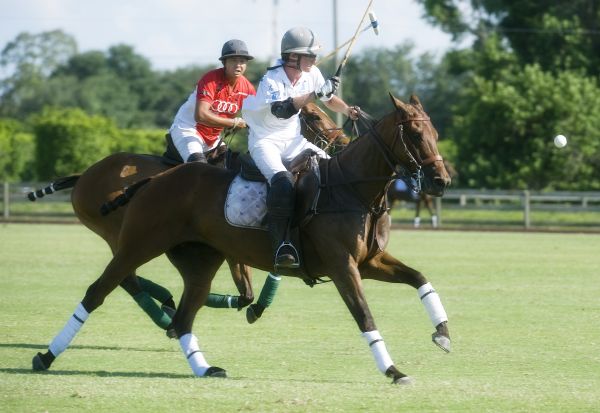 ELG’s Juancito Bollini (2) being pursued by Audi’s JJ Cellis (4) as he hits the ball out of the air. Photo by Scott Fisher

The games are free and open to the public. 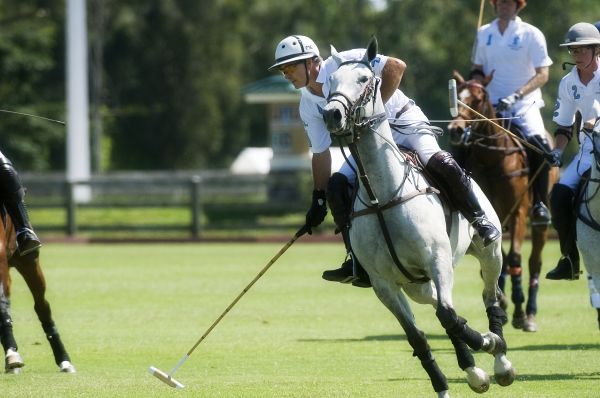 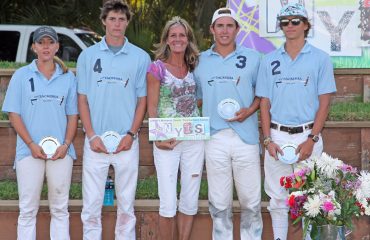