Diary of a Podium Hopeful: A Champion Concept

As a part of this blog series I wanted to share information about the United States Hunter Jumper Association’s Children’s and Adult Amateur Regional Jumper Championship. The USHJA views this program as an introduction to the team experience and an opportunity to identify and develop up and coming talent. What better way to share the information about this exciting new program than getting it straight from the horse’s mouth? Yes, pun intended.

I spoke with two important figures in the creation and implementation of the program. Meghan Carney is the Director of Jumper Programs at the USHJA and liaison to the Jumper Working Group for any issues that arise regarding the Championships. I also spoke to professional rider and trainer Jeff Campf.  He is the Chairman of the USHJA Ch/AA Jumper Regional Championship and a member of the task force that was formed to create the concept for this program. They each represent two very important sides of the program that I really wanted to look at: the organizational and the athletic development. 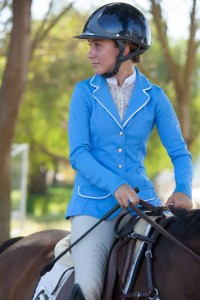 Sophie St.Clair watches a round at the Portuguese Bend National Horse Show.

Both Ms. Carney and Mr. Campf shared that this group of riders, Children’s and Adult Amateurs, represent a large percentage of the USHJA membership. This membership felt strongly there should be a championship that recognized their contribution to the sport.  In fact, for this division alone the USHJA web site reports there are approximately 2,500 Children’s jumpers and 2,045 Adult Amateur jumpers nationwide. To be qualified and selected to participate is no small feat. Why was it important to the members to have their own championship? Mr. Campf said, “Many reasons: teaching goal oriented strategy throughout the season to qualify with a sound, confident horse, to learn format and rules of team jumping, to give riders at this level an exciting opportunity for a meaningful Championship.”  With this Championship the USHJA recognized this groups support of the sport and created a pipeline to identify riders who will potentially represent the U.S. in North American and International arenas in the future.

A task force was assembled by the USHJA to develop the concept. It included Eric Straus, Charlotte Skinner, Britt McCormick, David Wright, Sandra Ruiz and the new Chef d’Equipe of the U.S. Show Jumping Team, Robert Ridland. Mr. Campf said, “The members were selected because of their interest in growing our sport through education/competition geared to moving our motivated riders up through what the USHJA calls ‘the pipeline’ giving riders the information of how to grow step by step toward the USET.”

Modeled off a Nations Cup format, it is similar to other USHJA and USEF programs in that it has both a team and individual component. The uniquely different feature of the program is that there are four regional championships rather than one national event. Ms. Carney shared that by starting with regional events the hope is to provide greater participation and access to riders who want to compete. Competing regionally also means less cost for teams that would need to travel. Mr. Campf said, “Another important factor was simply geography. We need representation in every part of our huge and diverse country to ensure the continuity, progress, and improvements to this Championship.”

The USHJA is committed to developing talent from this group of riders. As an example, the Individual Children’s Winner at each event will receive an invitation to an Emerging Athletes Program Regional Clinic in 2014.  Ms. Carney and Mr. Campf see winning medals from this championship as achievements that are resume’ worthy for ambitious riders. Mr. Campf’s intention with this program is “…to give the participants a better idea of steps to follow to get themselves positioned to be recognized, not to wait and hope it happens.” 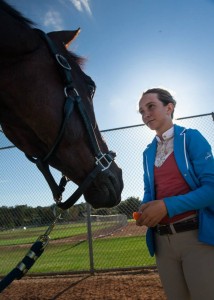 Sophie feeds Sjapoo a well deserved carrot after a blue ribbon round.

As with any new venture, there have been some challenges such as communication about the program and additional sponsorship to meet the program’s growing needs. In 2014, the USHJA will continue to focus communication to its members about participation in the program. Both Mr. Campf and Ms. Carney are very optimistic that what is learned from the experience in this inaugural year can only make for an improved process in the coming years.  Additionally, there is a need for generous sponsors like Fenwick Equestrian Products. This sponsor provided all of the champion coolers to both the Children’s and Adult sections for the teams and individual winners. An opportunity to be associated with this program as it grows in popularity will attract potential sponsors. Ms. Whitney Allen, USHJA Director of Marketing and Communications added, “…sponsors can contribute in various ways through monetary and product support from individuals and companies to promotions through media partners.”

When asked what is most important for participants to take away from the experience, Mr. Campf said, “I personally hope that the process of preparing for and competing in these championships will shed some light on the requirements and expectations of riding in international events one day.”  Ms. Carney remarked, “I think the education about the work and horsemanship that goes into High Performance is one of the most important things to take away from the championships. Riders have the chance to compete in a format that isn’t too far removed from the Olympics!”

I would love nothing more than to be competing for the United States one day. After speaking with Ms. Carney and Mr. Campf it’s clear the Task Force has expanded their pipeline to identify riders at my level who share that goal. It’s thrilling that this kind of competition exists at a level I can compete in today. It only makes me more motivated to set my goals on NAJYRC and Prix de States in the future. If their goal was to educate and motivate riders toward High Performance opportunities, well, they succeeded. I’m hooked! 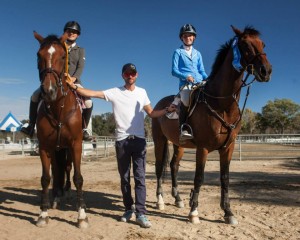 A huge thanks to Jeff Campf, Meghan Carney and Whitney Allen on behalf of the USHJA for sharing their thoughts with me and with all of us.

For more information about Jeff Campf follow this link:

For more information about this program contact Meghan Carney: 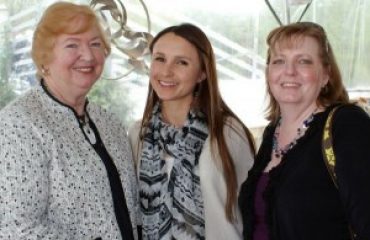 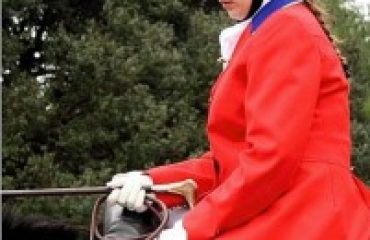 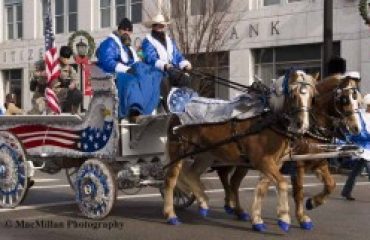