On April 11-14, 2013 Dan James of Double Dan Horsemanship is making an appearance as a featured presenter at Equine Affaire Ohio. James is bringing along the Double Dan Horsemanship American Performing Horse Team to make a special appearance in Fantasia. James and team will teach two Colt Starting clinics, a Long Reining clinic and finish the event with a Liberty performance.

Equine Affaire is North America’s premier equine exposition and equine gathering celebrating their 47th anniversary with more than 230 clinics, seminars and demonstrations. An action packed three-day event brings in equine educators from every aspect of the industry.

James and the Double Dan American Performing Horse Team will be making a special appearance in the “Fantastic Fantasia, Equine Affaire’s signature ‘musical celebration of the horse’” during the Saturday night performance at 7:00 pm.

James introduces a revolutionary training method to Equine Affaire with the Double Dan Horsemanship Colt Starting training clinic that changes relationships between horses and handlers. On Thursday beginning at 4:45 pm James walks horse owners and trainers through a simple step-by-step process to achieve a solid foundation through ground control. On Friday beginning at 12:45 pm James will be moving beyond ground work into the saddle.

With the Double Dan Horsemanship clinics, trainers can develop stronger, more productive equine partners. From the ground James teaches the foundation techniques for the remarkable Liberty performances. Allowing trainers to boost their confidence on the ground and in the saddle James provides the mechanics to teach horses to softly give to pressure and basic ground reining.

After a solid foundation in ground control is achieved horse owners and trainers can learn how to achieve softness and respect from the ground with Long Reining techniques. Learn valuable training techniques for starting young horses and re-educating older ones, teaching flexibility, controlling and overcoming behavioral issues in a safe controlled manner for both horse and handler. Double Dan Horsemanship provides easy to understand exercises to take home and utilize with any horse. On Friday beginning at 9:30 am James is teaching Long Reining Basics.

Don’t miss the electrifying liberty horse demonstration on Sunday beginning at 11:30 am; James displays the ultimate relationship between horse and handler. With the horses free from tack, James queues horses to perform incredible feats like rear, sit, lay down, side pass over one another, run to marks and work in opposite directions and patterns. Educational and entertaining James demonstrates amazing partnership with the Double Dan Horsemanship team.

Since their debut as “The Dan and Dan Show” in 2008, Double Dan Horsemanship is quickly becoming a household name in the equine industry. The duo have been noted for performing at every major Royal show in Australia and many large equine events in the United States, earning championships at the “Way of the Horse” at Equitana Asia Pacific in 2008, Road to the Horse International 2012 and the Mane Event 2012 Trainer’s Challenge. They have been crowd favorites in the opening ceremonies of the World Equestrian Games, Australia’s Got Talent, Australian National Cutting Horse Futurities, Equine Affaire and many others. As one of the hottest-selling equine acts in the industry, they continue to expand their horizons.

Dan James and Dan Steers have spent their time traveling the world sharing their unique brand of horsemanship and inspiring horse owners. Double Dan has teamed up with Taylor Made Farms in Lexington, Kentucky to invite riders of any skill level to push the boundaries of horsemanship. Dan and Dan instruct horsemanship clinics and produce training tools to simplify the training process. Learn more about Double Dan Horsemanship at www.doubledanhorsemanship.com. 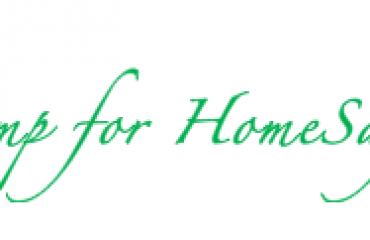 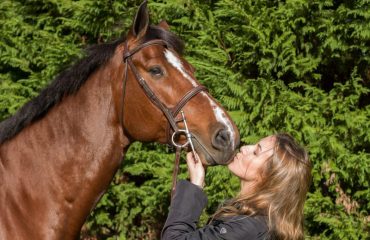