There will be some changes to the upcoming year’s schedule, and all of the exciting classes from last year will return. Management company Equestrian Sport Productions welcomes equestrians to the Palm Beach International Equestrian Center (PBIEC) in Wellington, Florida for the biggest and best FTI WEF yet.

Once again the show leads the country in prize money with over $6 million awarded, with the highlight class, the $500,000 FTI Consulting Finale Grand Prix, CSI 5*, moving to week 12 and running on Saturday, March 31.

The United States Equestrian Federation (USEF) announced the PBIEC as the location of the USEF Selection Trials for the U.S. Show Jumping Team for the 2012 Olympic Games. The competition will be hosted by Equestrian Sport Productions from March 21-24, 2012. This competition will also serve as the 2012 USEF Show Jumping National Championship. It will consist of four rounds over three days of jumping.

Hosting the Selection Trials for the U.S. Show Jumping Team leading up to the 2012 Olympic Games is a great honor for Equestrian Sport Production. Michael Stone, President of ESP, is thrilled at the opportunity to host the prestigious competition. Stone stated, “Equestrian Sport Productions looks forward to welcoming the nation’s very best horses and riders to the FTI Consulting Winter Equestrian Festival and the beautiful Palm Beach International Equestrian Center this March. It is truly an honor to host these Trials and we hope to provide competitors with the best experience possible as they vie for a spot to compete in London on the world’s stage.”

ESP CEO Mark Bellissimo shared in the sentiment, adding that the Palm Beach International Equestrian Center is the premiere facility to host such an important event for the U.S. Team. “The Palm Beach International Equestrian Center has grown into one of the best facilities in the world and the show grounds will be in top form in March as the nation’s Olympic hopefuls travel to Wellington to compete,” Bellissimo stated. “We are excited to have been selected as the host venue for the Trials.”

In 2012, the FTI WEF will offer even more opportunities for show jumpers to accumulate FEI ROLEX ranking points. There are another nine new classes for 2012; the number of FEI ROLEX ranking classes for the circuit is 34. These new FEI classes are made possible by the great support of Copernicus Stables, Suncast Corporation and Sleepy P Ranch.

The 2012 FTI WEF hosts many exciting competitions, including the only Nations Cup in the United States, the $75,000 FEI Nations Cup presented by G&C Farm. Riders will have two chances to gain points in qualifying for the FEI World Cup Finals, and they will have the opportunity to compete on the grass derby field at The Stadium on four occasions.

The Suncast® 1.50m Championship Jumper Series will return this year with classes in weeks 1-12. These classes will also qualify horse/rider combinations for the $50,000 Leading Horse/Rider Combination Award. The Suncast® 1.50m Championship Jumper Series is a popular class every week, and with riders vying for another rider bonus, it is sure to be a top competition to watch. The winning horse/rider combination will win $25,000; second receives $15,000, and third place will win $10,000.

Hunters will have two feature events during the circuit in addition to their weekly divisions. The WCHR Palm Beach Hunter Classic Spectacular of Palm Beach will return to Saturday night on February 18. The best hunters of the circuit will compete head to head under the lights in this popular event.

The $50,000 USHJA International Hunter Derby will cap off the 2012 FTI WEF by being the feature event on Sunday, April 1. The class will be held on the grass derby field at The Stadium, giving horses and riders the perfect opportunity to show off their talents on a traditional surface.

ESP welcomes people worldwide to come experience this year’s circuit, which promises to surpass expectations as one of the best horse shows in the world. For more information on the FTI Consulting Winter Equestrian Festival, please visitwww.equestriansport.com. 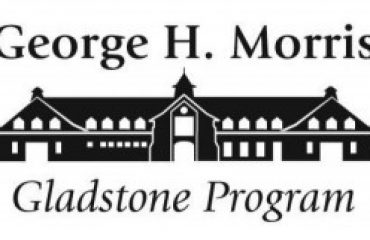