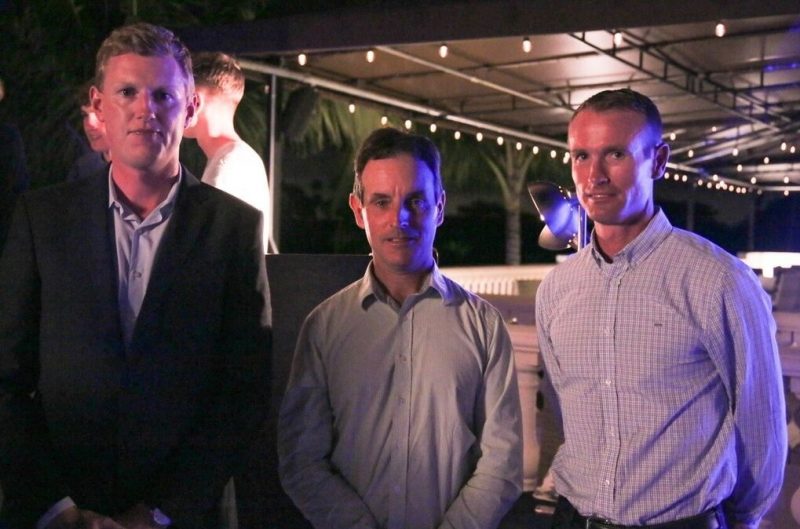 Horse Sport Ireland hosted a reception in Wellington, Palm Beach, Florida, USA last night (Wednesday), to recognize the contribution made by owners to Irish equestrian teams and to acknowledge the great support that the Irish equestrian community have received in the USA. The occasion also saw the Irish Show Jumping team named for this Friday’s four-star Nations Cup in Wellington.

The event was hosted by Tamso Doyle, who runs Horse Sport Ireland’s ownership program, and she began by welcoming guests and congratulating Irish riders Shane Sweetnam, Kevin Babington, Richie Moloney, and Cian O’Connor, on their victory in the recent Ocala Nations Cup.

“It has been an outstanding year for Irish riders, but none of this incredible success would be possible were it not for you, the incredible owners of these outstanding horses that we are privileged to have represent our country. We have many dedicated owners from Ireland but also from abroad. Owners from Europe, the UK, Canada and here in the United States, have taken our Irish riders under your wing, giving them opportunities that they could only dream of. For this commitment we are truly grateful. Your passion, dedication, and the financial contribution that you have made to support Irish Show Jumping, is something that we, Horse Sport Ireland, the Irish public and our riders, would like thank you for.

James Kennedy continued, “We are a small nation with a proud tradition of success in this sport that we all love, and the owners I see amongst us here tonight will forever be recorded in the history books for the role they continue play in this exciting journey. I firmly believe 2017 will be another memorable year in Irish Show Jumping and I wish all our riders the very best of luck – starting with the Nations Cup here on Friday. We are regarded by many as having the best riders in the world but this is only part of our story – we also have without doubt, the very best owners in the world,” he concluded.

A presentation was then made to the owners and riders of the victorious Ocala Nations Cup team. Each time an owner’s horse jumps for Ireland on a Nations Cup team, they are given beautiful Irish silver stirrup napkin rings, made by a master Irish silversmith. They are given as part of a collectable set as a token of gratitude and the dream is to collect a whole set for the dining room table.

Among those who spoke on the night was Irishman Michael Stone who runs the Winter Equestrian Festival for Mark & Katherine Bellissimo who also attended.

Cian O’Connor was invited onstage to present the award in recognition of “Outstanding Contribution to Irish Show Jumping in the USA,” to Tom MacGuinness.

Tom and Carol MacGuinness officially set up Horseware in 1985. From then it has been a whirlwind. From one man working in his mother’s kitchen to now employing 750 people and manufacturing from four factories in Ireland, USA, Cambodia and China. Horseware now sells to over 32 countries around the world. Tom has competed in Eventing and Amateur Show Jumping to relatively high success and in Endurance he competed at the World Equestrian Games in 2014. His favourite discipline is Polo and he now spends four months based in Florida in the winter playing Polo and in Ireland in the summer. Horseware have sponsored Team Ireland Equestrian for more than seven years and sponsor more than 20 Irish riders individually.

The supporter award was the presented by Paul O’Shea to Frank Cunniffe. Originally from Roscommon, Frank has been based in the USA since 1984 and along with his wife Bonnie, they train riders at their own Whipstick Farm. Frank is also part owner to Paul O’Shea’s horse Machu Picchu.

Team Manager Michael Blake then announced his team and jumping order for this Friday’s Wellington Nations Cup, with Ireland, drawn fourth to jump of eight teams,  set to line-out as follows:

“The team has two new combinations from the team that was successful in Ocala. We field a very strong team here in Wellington with all horses showing excellent recent form. We are aware of the stiff competition we face on Friday night and also the huge support in Wellington for the Irish team.”

Each owner and rider of the team for Friday’s Nations Cup was presented with a memento of the occasion, before guests were invited to stand and raise a toast to Team Ireland with the party continuing late into the night. 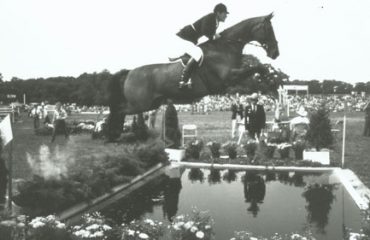 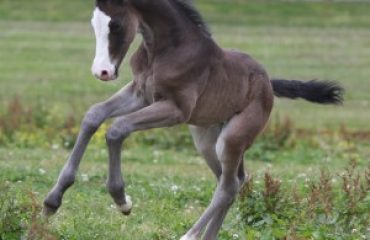