[Wellington, FL] Mason Phelps Radio’s ninth segment will be held on Thursday, March 8th, 2012 at 5:00 p.m. EST on W4CY.com. Media Personality Steve Williams will be co-hosting along side Phelps once again, and this week will feature Samantha Charles, Heidi Lengyel and Wendy Coren as guests. Phelps and Williams, along with their esteemed guests, will discuss the up and coming Equus Foundations Fete Cheval night, as well as a publisher’s perspective on the increasingly popular, Sidelines Magazine.

The Equus Foundation’s highly anticipated, Fetel Cheval event, is gearing up for what is sure to be an exciting night. Held on Friday, March 9 at 7:00pm, and presented by Spy Coast Farm, the excitement will take place under the lights at the Palm Beach International Equestrian Center. The evening will feature a cocktail reception, exclusive ringside seating, and dinner, all to be followed by Gymkhana games on horseback in the International Arena. Equestrians from all realms of the industry, Dressage, Eventing, Hunter, Jumper, and Polo, will compete for the win in several fun games.

Heidi Lengyel and Wendy Coren will attend this week’s radio show to provide exclusive information covering Friday’s fun, as both horsewomen play an important role in the production of this event. Coren is coordinating games and competitors, while Lengyel is generously donating the horses from her own business, Wall Street Farm. Both women are working hard to produce a thrilling event that all ages can enjoy, and one that can be appreciated by the avid equestrian as well as the non-equestrian community. Lynn Coakley, who oversees the Equus Foundation and the assemblage of the evening, is excited that this long awaited event is just around the corner.

“We welcome the public to experience the fun that our professional riders will have competing in games like musical stalls, egg on a spoon, and sit a buck,” stated Coakley. “They ride with the same ferocity and inner drive that they display as equestrian athletes every day, but also mixed with lightheartedness and levity – the combination of which provides great entertainment for the audience. Heidi and Steve Lengyel of Wall Street Farm has been kind enough to donate horses, and Wendy Coren and Dave Lundquist of Equalign are coordinating the logistics for the gymkhana portion of the night. This is certainly an event that you won’t want to miss.”

The other guest for the weekly radio broadcast will be Samantha Charles, publisher of Sidelines Magazine, and an enthusiastic horse lover. She will be speaking in regards to the growth of the publication, from its early days as a short-length newspaper source, mostly consisting of polo news, to its current popularity as one of the most recognized equestrian reports in the nation. The magazine is now a multidiscipline facet of the industry, as subscribers look forward to its release each month.

Charles commented, “I am excited to be part of Mason’s show this week, we have been friends for over 25 years, and I think it sounds like a great time. He was one of the first contributors to Sidelines in its early years of production. I am thrilled to be able to share my story about the evolution of this now nationally recognized publication.”

From International Polo to the Winter Equestrian Festival, Phelps will have the latest lowdown on all of the exciting events in Wellington, the equestrian capital of the world. And as you might expect, he’ll be reporting weekly on who has been naughty and nice. 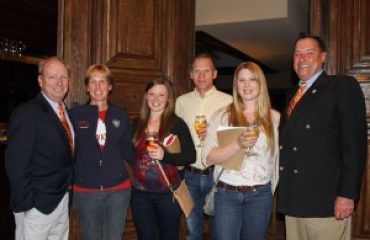 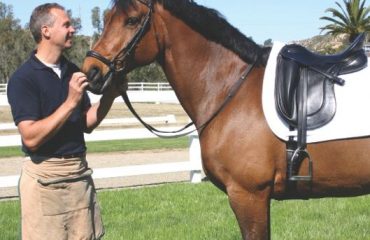 Jump Ahead with a Jeté!