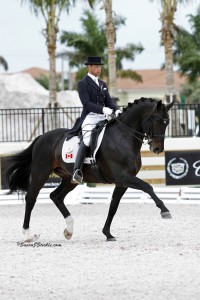 Wellington, Florida– David Marcus of Campbellville, ON, made the most of his new Canadian citizenship, putting himself in contention for Olympic consideration following a strong winter competition season in Florida.  Several weeks of international dressage competition are held in the Wellington, West Palm Beach and Loxahatchee areas, making south Florida     a top destination for dressage athletes from around the world.

Marcus, 31, received his Canadian citizenship on December 28, 2011, and promptly began representing his new country successfully, scoring over 70% with Chrevi’s Capital in the national grand prix held at the Wellington Classic Dressage Premier from January 12 to 15 in Loxahatchee, Florida.

Even more impressively, the national competition in Loxahatchee marked the first grand prix test for Marcus’s mount, Chrevi’s Capital owned by Deborah Kinzinger.  In just four short months competing at the sport’s highest level together, Marcus and the 12-year-old Danish Warmblood gelding have formed a solid partnership that has seen them achieve an average score of 67.251% for Olympic consideration.  As of May 1, Marcus is ranked fifth overall in a hotly contested race for a spot on the 2012 Canadian Olympic Dressage Team.

“At every competition this winter, Chrevi’s Capital steadily increased his scores by one or two percent, culminating in the CDI5* at the Global Dressage Festival where we placed second in the Grand Prix Special,” said Marcus of the CDI5* Global Dressage Festival held March 28 to April 1 in Wellington, Florida.  “I am thrilled with the progress he has made; he has exceeded my expectations.  I had hoped that he would do this well, but he progressed so quickly, going from having never done a grand prix to now being so consistent in the Grand Prix and Grand Prix Special that we are in the running for a place on the Olympic team.” 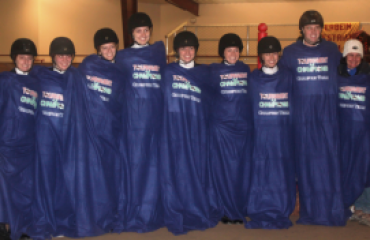 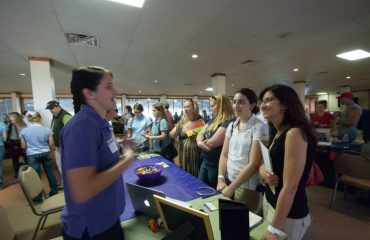 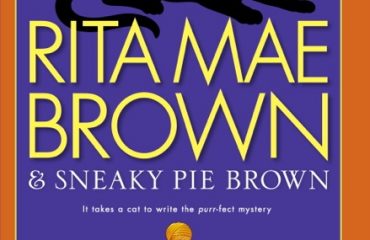