Wellington, Florida – January 15, 2014- Born three months premature and weighing only 2 pounds Eleanor Brimmer (Ellie) and her twin sister were in a rush to take on the world. From the moment Ellie arrived her family knew she would have multiple obstacles to overcome in her future. At 27 years old Ellie has met those challenges head-on giving other children and adults with Cerebral Palsy a hero to look up to. She has learned through her struggles and accomplishments that it takes hard work to meet high goals and along the way a person must give back to the community that influenced their life or shaped their everyday world. Her humanitarianism combined with a goal to become a healthy and active athlete has led her to compete in the 16th Annual Key West 5k Run in Key West, Florida, January 19, 2014, in benefit of The Cancer Support Community of Greater Ann Arbor. She empathizes with those who have been diagnosed with Cancer, especially young children. She hopes that her support for this organization can help raise awareness and benefit many of those diagnosed with the life-threatening disease. The Cancer Support Community of Greater Ann Arbor holds an additional special meaning to Ellie as her Grandmother Joan Scott had a long battle with bladder cancer. Joan Scott spent much of her time mentoring other bladder cancer patients before she lost her flight with the disease. When Ellie isn’t on the road she resides Ann Arbor, Mich., where she trains as a Para-Equestrian Dressage athlete and hopeful future Paralympian. She has been working with a trainer, losing weight, and constantly exercising to get herself in top shape for the 5k run. 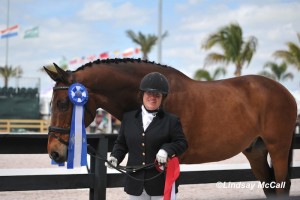 From birth through adulthood Ellie had to work through the physical issues including muscle spasticity, strength and balance problems that occur with her disability. Her years have consisted of physical therapy, multiple surgeries, visits to the hospital, and constant monitoring of her body. Her daily life from childhood through her adult life consists of weakness in her leg, stiff joints, and continually working to improve her strength and suppleness. Her perseverance and discipline transfers from her everyday life to the high-performance international sport she competes in year round.

As a 4th generation horsewoman, Ellie always felt a connection to the equestrian sport. She enjoyed the freedom of being on top of a horse and she loved the skill and discipline it took to work collectively with an animal to succeed. Originally, Ellie began riding show hunter and jumpers however, a purchase of a talented horse that was experienced in Dressage led her to pursue the discipline and everything it had to offer.

In 2010, the World Equestrian Games in Lexington, Kentucky, showcased the sport of Para-Dressage in the United States for the first time in history. Although Paralympic equestrians had competed in the Paralympics since 1996, most of the American public did not know about this unique sport. With a horse that would help Ellie learn the intricate world of Dressage and a solid goal to become a Paralympian, Ellie had her future set. For the final stages of becoming a Para-Dressage rider Ellie was internationally classified in Grade III. There are five grades include Grade Ia which includes subjects with severe impairment, Grade Ib, II, III, and IV with the least impairment. Impairments are problems in body function or structure such as a significant deviation or loss.

With hard work Ellie became the 2011 Para-Equestrian Dressage Grade III Reserve Champion. She would attain this title once again in 2012. Her top scores earned her a spot as a long- listed rider for the 2012 London Paralympics. Although she did not make the 4 person U.S. Paralympic Team she supported her fellow riders and traveled to London to assist the team and their affiliate, the United States Para-Equestrian Association.

Ellie’s experience and defeats have brought her to the 2014-year with aspirations to qualify for the 2014 World Equestrian Games held in Normandy, France. With her busy schedule and constant travel for the equestrian discipline, Ellie always finds time to give back. On January 19, 2014 Ellie will run the 5k in Key West to raise money for The Cancer Support Community of Greater Ann Arbor. To donate to this organization prior to the event on Ellie’s behalf please visit http://www.firstgiving.com/fundraiser/erbrimmer_kw5k/keywesthalfmarathon 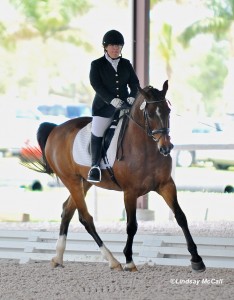 About the United States Para-Equestrian Association:

The USPEA is a network of riders, judges, national federation members, and equestrian enthusiasts. The association gives athletes the ability to get involved and expand their knowledge and experience in the Para-Equestrian sport. The USPEA encourages Para-athletes to participate in all disciplines under the Para-Equestrian umbrella.

The USPEA is a recognized affiliate of the United States Equestrian Federation (USEF) which serves as the National Governing Body for the equestrian sport. This relationship between the USPEA and USEF is to encourage Para-Equestrian competitors, leisure riders, coaches, fans and enthusiasts to network and get involved with the entire equestrian sport.

For more information about the USPEA please visit www.USPEA.org or contact USPEA President: Hope Hand by e-mail: hope@uspea.org or by phone: (610)356-6481. 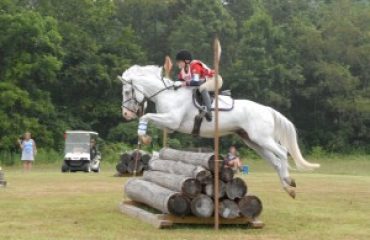 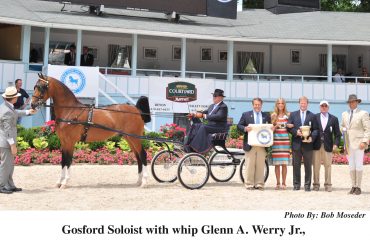 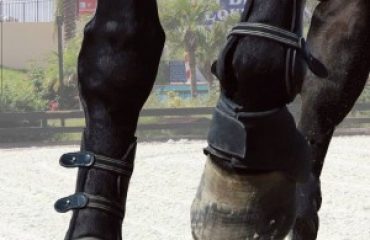