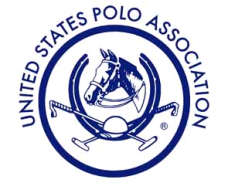 July 11, 2013 (Wellington, Fla.) – The U.S. will vie against England for the oldest and most prestigious trophy in international polo competition during the Westchester Cup on Sunday, July 28, at Guards Polo Club in England.  Fans will get an up-close look at American polo played amidst the storied competition when NBC Sports Network broadcasts the championship on Sunday, Aug. 11 at 4:00 p.m. ET. The airing is co-presented by title sponsors, U.S. Polo Association (USPA), the sport’s national governing body, along with its official apparel brand, the U.S. Polo Assn.

Throughout its history, the Westchester Cup has represented an intense rivalry between the two countries, with the U.S. holding the record for the most wins with 10 victories since the trophy’s inception in 1886. However, the stakes are higher this year as national pride is on the line as the American team battles to disrupt England’s two-time winning streak, following the opponent’s 1997 and 2009 tournament wins.

The 2013 competition serves as the 16th Westchester Cup spanning over a century and will feature the countries’ most talented polo players supported by USA-team sponsor, Equus & Co. Competing in the long-awaited match representing the U.S. will be an all-star line-up, prominent player-patron Marc Ganzi, 9-goaler Polito Pieres, along with 8-goal standouts Nic Roldan and Mike Azzaro.

“We are proud to represent the United States on an international stage as we take part in defending the country’s winning record,” said Ganzi. “This is a rare and fabled competition that gave rise to polo throughout the U.S., and we look forward to showcasing the pinnacle of speed and skill required in the game.”

The first historical U.S. win took place in 1909, and sparked an upswing in polo’s popularity as the Westchester Cup was deemed the most widely anticipated sporting event within the U.S. throughout the 20s and 30s.  Similarly, polo is once again on the rise in the U.S. today, thanks to programs established by the USPA to train homegrown talent while providing opportunities for new players and fans to get involved in the sport. The USPA offers a host of training and learning opportunities through member clubs across the country, Regional Polo Centers, a flourishing Interscholastic/Intercollegiate polo program and the organization’s premier Team USPA development program.

“A fierce rivalry of this significance is the ideal opportunity for players and fans from across the country to rally together and show their national pride. There is a great deal riding on this match for both teams,” said Peter Rizzo, CEO of the U.S. Polo Association. “There is no better backdrop for the action to unfold than the historic Guards Polo Club within the Great Park at Windsor.”

For tickets and more information surrounding this year’s tournament, visit www.guardspoloclub.com.  For more information on polo in the U.S., including events and details on programs for new players, visitwww.uspolo.org.

About The United States Polo Association The United States Polo Association (USPA) was organized and exists for the purposes of promoting the game of polo, coordinating the activities of its Member Clubs and Registered Players, arranging and supervising polo tournaments, competitions, and games, and providing rules, handicaps, and conditions for those tournaments, competitions, and games including the safety and welfare of participants and mounts. For more information, please visit, www.uspolo.org. Become a fan of the USPA on Facebook at https://www.facebook.com/USPoloAssociation and follow the USPA on Twitter at @PoloAssociation.