Alanna Flax-Clark: From Health Crisis To International Competition – Horses became the life-changer that liberated the rider from the confines of a wheelchair

For Alanna Flax-Clark and her parents, it was their worst nightmare. After being totally healthy until she was 13, Alanna woke up one morning unable to move or walk on her right foot. A chronic neurological disease spread through her body, causing excruciating pain as her muscles, tendons and tissues went rigid and her joints lost mobility.

Alana spent most of her teen years surviving endless consultations, treatments and invasive surgeries. Fortunately, Alanna’s blessed with a huge streak of willful determination —typical of most horse people. Alanna wasn’t a horse person — not yet anyway.

Growing up in Los Angeles, California, she never galloped around, changing leads and whinnying. In fact, except for the rare pony ride, she had nothing to do with horses whatsoever until after a second catastrophic health crisis devastated her mind and body.

Alanna was in her late 20s when horses became the life-changer that liberated her from the confines of a wheelchair. A few minutes — that’s all it took for Alanna to get hooked. Hippotherapy ignited an unquenchable passion for riding and the freedom it offered. She loved the challenges and set goals. Thanks to horses, she’s making big dreams come true.

Alanna returned to high school for her senior year and graduated with her class. She worked at St. Jude’s Children’s Research Hospital in the Radiation Oncology Department while double-majoring in biology and psychology at Rhodes College in Memphis, Tennessee. She moved to Boston and earned her master’s in special education and her teaching certification, specializing in children with severe special needs. She was building her life and career. She was happy.

“I’d been independent for several years,” Alanna said. “Once you have your independence and you’re living alone and have your social network, it’s really hard when suddenly you get sick and have to move back home and rely on your family for everything. The first time was bad, but the second time was totally life-changing. In 2007 I got an infection — it was a type of influenza with something else going on. I went into work one morning and I was fine. After an hour or two, I was really, really sick.”

Alanna arrived at the local emergency room with a spiking fever, dangerously low blood pressure and alarmingly high heart rate. Her immune system had attacked her nerves and she was showing signs of quadriplegia. The consequences were devastating.

“I wasn’t in a good place at all,” she said. “I was very ill. I couldn’t really speak. I was so weak I couldn’t hold myself up in a wheelchair. The rehab I was doing wasn’t getting me anywhere. I had worked so hard in my teens on my recovery and there I was struggling again and really frustrated. I was looking for anything that would help. Horses came into my life when I needed them most.”

As a special ed teacher, Alanna worked with many students whose therapeutic regimens included hippotherapy. “It was always the best part of their day, of their week, and it helped them so much,” she recalled. “When they had therapeutic riding that afternoon after school, it was like their whole day was the best thing for them. They’d be saying ‘I get to see the horses today!’ So I started looking into it. I didn’t know a lot about it but I didn’t have anything to lose, either.”

In fact, Alanna had everything to gain. Even with ongoing physical therapy back home in California, she made very little progress. Hippotherapy proved to be her third life-changing event — in the best possible ways. In 2012 she contacted Ride On, the therapeutic riding center near her parents’ house, which was booked solid so she asked to be put on their waiting list. She got lucky when Ride On had a sudden vacancy and called her two weeks later. Alanna started doing physical therapy on horseback and worked her way up to gaining enough strength so that she could take therapeutic riding lessons. She competed in her first show at Ride On, again changing the course of her life.

“When I started going to hippotherapy, I could do maybe five minutes with a few people holding me on the horse,” Alanna said. “But always, every week, we saw steady progress. If I had to miss a few weeks because I was sick, I always picked right back up where I left off. With my regular physical therapy, I didn’t see that type of progress. Once I started riding, I saw so many changes emotionally and physically, and I kept wanting to be challenged.”

From the start, Alanna welcomed the challenges of riding. “I’m a very stubborn person and I don’t like to rely on people,” she said. “I drive myself everywhere. I get in and out of my car, put my wheelchair in and out of my car myself. I don’t have a ramp in my car. I live with my parents, but I do my own laundry. I cook for myself. I do all that stuff. I’ve learned to do a lot with my hands — people don’t always notice at all that there’s anything different about my hands because I’m so independent.”

Today, five years after she began riding, Alanna competes as a Grade 2 para-dressage rider. Last February, she started training with Sabine Schut-Kery at El Campeon Farms in California with the goal of making the U.S. Para Dressage Team. Alanna had been looking for a new horse and when she was offered Captain Moonlight TG, owned and trained by Sara Schmitt, for the 2018 Global Dressage Festival in Florida, she moved to New Jersey to train during December before heading to Wellington where Alanna, Sara and “Sparklez” celebrated the New Year. Alanna and Sparklez won the FEI CPEDI3* Grade II individual and team championships, the first of two back-to back international competitions.

The World From the Saddle

Para-dressage isn’t easy on any level. Riders are assessed for their disabilities and graded from 1 for most severely impaired to 5 for least impaired, according to the International Equestrian Sport Federation (FEI). Grade 1 para-riders perform walk-only tests whereas Grade 2 tests include working trot.

“I think the walk tests are extremely hard — you have to keep your attention the whole time and your horse’s attention,” Alanna said. “All the tests are demanding, yet some people don’t see how challenging it is to do a walk test for six minutes at the FEI level. My Grade 2 tests are half walk and very difficult.”

Alanna’s first horse was Real Erbeo, aka Royal. He was 11 with only a little dressage training when she got him. She was the first para rider on his back, but Royal took to his new job as if he had read the manuals on horsemanship and para-dressage. His unflappable temperament made him an ideal partner for Alanna when they were at various shows, surrounded by chaos in warm-up rings.

“Royal is truly a very special horse,” Alanna said. “He’s taught me so much and given me the confidence to be able to go in the show ring and compete all the way to the international level. He’s been amazing. Everyone who gets on him falls in love with him.

Training with Pan Am Gold Medalist Sabine Schut-Kery proved quite exciting for Alanna, given her goal of making the U.S. Para-Equestrian Team.

“I think Sabine approaches things in a very unique way because of her background,” Alanna said. “She’s been exposed to so many things, not just her traditional dressage background, and she’s also done sidesaddle. She says, ‘Well, you don’t really need your legs to ride the horse — let’s see how we can get the horse to respond to your aids.’ Even when she warms up my horse for me, she always looks to see the best way we can do that and not over-stimulate him, because she knows I don’t have the full use of my arms and legs like she does.”

Alanna rides at least five times a week. She works in her family’s retail business, Flax Pen To Paper. She does acting and modeling whenever she can. She’s a speaker for the Challenged Athletes Foundation in San Diego, California, which raises awareness and funds for people with disabilities who are involved in sports. She set herself big goals, faced many ups and downs and, at 34, shows no signs of slowing down.

Alanna had been looking for a new para horse to succeed Royal, but it wasn’t easy to find the right one until Sara Schmitt offered her the ride on Captain Moonlight TG, aka Sparklez.

“Sara thought Sparklez would be a good horse for me and called, giving me this amazing opportunity to come east in December and train with her before going to the Global Dressage Festival in January,” Alanna said. “Everyone at her barn in New Jersey has supported me. They gave me a place to live, helped with transport, etc. I wouldn’t be here without Sara and everyone at her barn stepping up to help me pursue my goal of qualifying for the 2018 World Equestrian Games in Tryon. Just to have this opportunity to ride Sparklez and learn more means the world to me.”

“My long-term goal is to qualify for the Paralympics — that would be amazing,” Alanna said. “In the meantime I want to keep improving my riding skills and getting out to shows and qualifying. I would love to compete in Europe. It would be amazing to see what the riders are like over there, compared to here. We need to build up more riders so we actually have more competition when we do show and we need to show people that para-equestrian is an important sport and that they shouldn’t be scared of people with disabilities.”

An eloquent speaker and writer, Alanna described what riding means to her. “No matter what’s going on in my day, when I get on my horse and I go ride, it’s the best part of my day. I feel free and happy,” she said. “Even if I don’t feel good and say I don’t think I’ll be riding long, it turns into a good ride in spite of how I feel when I start. Royal taught me so much. Sparklez has been wonderful and we’re learning to be a team. He’s had to learn a lot, but he’s always patient and tries his hardest for me. Riding is when I’m able to focus really well. Riding is always what makes me feel the best.”

For more information, visit www.alannaflax-clark.com and 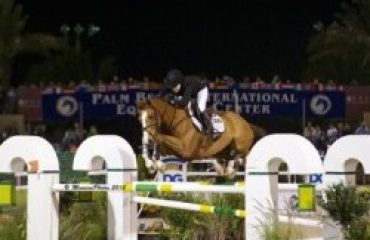 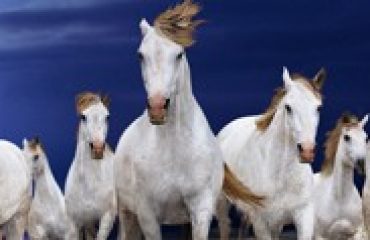 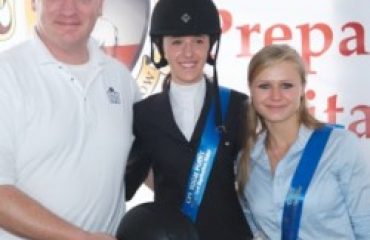 “Cheers to 10 fabulous years” was the theme of