People go to Andre Dignelli because they want to win or they want their children to win. He’s a bit of a wizard in the Big Eq world. He’s also calm, cool and conservative — a hard-working, well-dressed professional with impeccable manners. After 25 years, he’s as sharp, driven, determined and keen as ever to do what he does so well — win.

“I think that what makes us unique is that Heritage Farm is one of the few places in the country where you can start riding as a 7-year-old and go all the way to Grand Prix,” said Andre. “I get real joy out of helping any rider at any level as long as there’s passion and drive. I get a kick out of helping a little kid on a small pony the same way I like teaching a junior competing in equitation, an adult doing hunters or advanced riders jumping around a Grand Prix course. If you’ve got that fire in you to do this, to do it at a high level, to give it all you’ve got, and you have ambition and lofty goals, I’m all in. That’s who I was, and I see that part of myself in these kids. I think because I had such an interest in hunters, jumpers and equitation, I opened the doors to all of that.”

Horse-crazy kid works hard, overcoming adversity and long odds, to achieve glory, then pays it forward by helping others … that’s Andre. His dreams and work ethic started when he was a kid. So did the lifelong friendship and partnership with his brother Michael, older by nine years. They kept horses in their parents’ backyard, did all the work themselves and went to local shows. Opportunity knocked, and Andre began riding with Judy Richter at Coker Farm.

“That’s when I became aware that I had so much less,” said Andre. “I didn’t have the breeches or chaps and paddock boots that one of the assistant trainers said to wear next time. I didn’t have the money to buy them, so I didn’t go back for a lesson for weeks. It was a real eye opener. How was someone in my situation going to succeed in this sport without all the means?”

Where There’s a Will

Andre and his mentor Judy Richter — the two are still close.
Photo by V. Valenti

Andre watched as many lessons as possible, training his powers of observation to “see” what Judy and her assistants were addressing in other riders. He soaked up details and put them into practice when he rode. His drive and determination impressed Judy. She tested Andre’s mettle by leaving him to hold down the farm – riding, mucking, all sorts of chores — for two weeks while they showed at Lake Placid. Judy checked on him, but Andre was at Coker daily from morning to night. He passed that initial test — and others that followed — with flying colors.

“Judy gave me so many opportunities, lessons, extra horses to ride,” said Andre. “The weekend before the 1985 USET Finals, she loaned me the older Grand Prix jumper that her son Phillip was riding — a big scopey horse she knew would jump the water. I don’t know that anybody thought I could win, but I think they thought I’d have a good time and get through all the phases without a major hitch. That was their goal. The goal I nurtured quietly in my mind was to win.”

The rest is history: Andre, the dark horse, earned top honors. “Winning made me believe that anything was possible if you put in all the effort,” said Andre. “I’ve always been grateful to Judy for what she did for me. She changed my life. She believed in me, reached out to me, showed me kindness and gave me a lot of confidence. I worked there for 10 years. We had so many great times. We’re as close today as we were back then. It’s a great relationship for both of us.”

Doing What He Loves

Andre’s work ethic has roots in his childhood. “My parents were hard-working, and I’m the youngest of three brothers,” he said. “My parents wanted me to be happy, but they worried about my future with horses. I learned more than horsemanship from Judy. She taught me how to run a business and to be smart about how I spent money. Fortunately, I not only love to ride, I love to teach.  From the start, I knew that the key to my success was teaching.”

1991 proved a good year for Andre, who was 24. He earned team bronze and finished fourth individually on the U.S. show jumping team at the Pan Am Games in Cuba. He trained his first equitation champion. His business grew and, in 1994, Andre and Michael bought the farm in Katonah, New York. They re-named it Heritage and worked together to create a training paradise with every conceivable jump and surface to prepare their riders. Michael manages the business; Andre is head trainer and rider. Their experienced, handpicked staff includes former students.

Andre competed well into his 30s, but after buying the farm, he found himself staying home more and teaching more. He retired gradually from the show ring but not from riding. He continues to be a major factor in getting the horses ready to compete and rides an average of four to six daily at Heritage, in addition to teaching, and perhaps three each morning before the show starts in Florida.

Heritage Farm is a family business for the Dignelli family — from the left, Michael, Andre and Michael’s son Dean.
Photo by V. Valenti

“I enjoy some balance — my home, my farm, not living completely on the road,” he said. “To be successful, you need really great people. I’ve put together one of the best teams in the business. I help them with their riding careers, goals and ambitions. I help young riders with talent and drive but not the means. I do everything I can to help each rider who comes to me. I’m just giving back what Judy taught me. I don’t know if not showing made me a better teacher, but it gave me more time. My focus was and is 100 percent on my students. I’m doing what I love.”

Last October, still jubilant from Tori Colvin’s win in the USEF Show Jumping Talent Search Finals East, Andre experienced his first serious riding injuries: dislocated shoulder and a fractured femur that required surgical repair at the Hospital for Special Surgery in New York City. He described it as a whirlwind of emotion, days before the start of the fall indoor circuit. “My team jumped right in. I texted them constantly and watched from my hospital bed,” said Andre. “We had a great result, but that was the first Medal Final I missed in 25 years.”

Tori, who rides for Dr. Betsee Parker, came to Heritage to win Big Eq before she aged out of juniors. She won all four Finals, ending her junior career in a blaze of glory.

“Tori was a great rider before I got involved,” said Andre. “Maybe she just needed somebody to say I get you, I want to help you, but as well as you ride, your heels are up, your back is round – we just gotta do this better!”

And that’s exactly what they did.

As for Andre, he was back in the saddle three months after the spill and jumping two days after his first ride. In Florida, he taught, rode several horses daily, and ran from ring to ring – sound as a bell of brass.

Back in Katonah, Heritage Farm settled into its summer routine. Michael and his wife, Joanne, and their sons, Justin and Dean, live at Heritage. Andre enjoys being at shows and the farm, but loves spending time at his home in North Salem.

“I have a great 11-year relationship with someone who isn’t into horses, so I don’t take my work home,” said Andre. “New York City is a great escape on a Monday. I enjoy walking with my chai latte, going to a museum, stores, having a wonderful lunch, bike riding in Central Park. I feel very blessed to have my family so close. I couldn’t do this without Michael.”

The winning is still amazing. Heritage riders won the Maclay Finals three consecutive years. Then, at one of the big events, Heritage won first, second and third. “I wondered if it would stop being exciting,” admitted Andre. “The answer is no; it’s still as exciting ever. I realized that I had to keep doing this. Now, two previous students, Kent Farrington and Reed Kessler, are short-listed for the Olympics. We’re still close, and I follow their progress.”

Last Christmas, Andre received a gift from Kent with a beautifully expressed handwritten thank-you note for being a good friend, a great mentor and helping when Kent needed it.

“It was a very full circle moment for me,” said Andre. “Kent had recently moved into second or third in the FEI World Rider rankings. I’m doing this for me, but I’m also doing this for them. It’s so fulfilling and when they get it, it means everything. Kent got it. So did Tori, and Lillie Keenan – so many got it, such a long list. When I called Judy and said I’ve had one of these moments, she understood and said, ‘That’s what it’s all about.’” 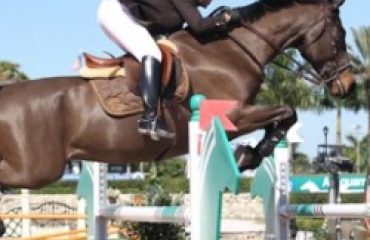 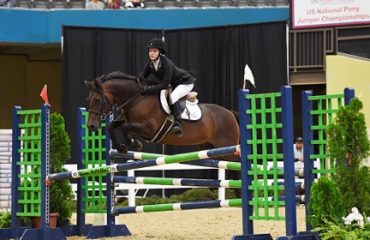 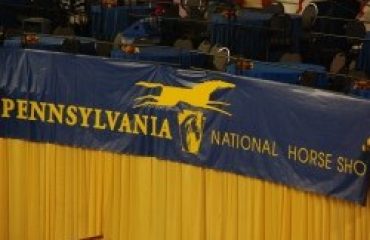