Anna Beth slides during her run on Lite N Juicy.
Photo by Waltenberry

How did this event differ from a normal collegiate meet?

Collegiate competition has a head-to-head format. This means that a girl from each team rides the same horse. Whoever gets a higher score on that horse wins a point for their team. The collegiate reining championship is different in that it’s similar to a regular reining horse show. Each individual rider drew one horse, and rode for an individual score. So, your performance was based solely how you did on that specific horse.

Anna Beth was grateful for her ride and to the owners who allowed their horses to be used for competition.
Photo by Waltenberry

How was your experience?

It was incredible! I had so much fun. I had never heard of the horse I drew, but I was able to watch him warm up for about 15 minutes with his owner. I could tell he was phenomenal and was excited that he was the horse I drew. The other girls who represented different colleges were incredible competition. It was really neat to see girls from all the different schools together in a non-collegiate format.

Explain what your ideal reining draw would be like.

A reining horse is supposed to be willingly guided. They should be completely on your team and do everything you ask them to do. The horse I drew fit all of those requirements. He was in my box, very responsive, and we got along pretty well.

How did you prepare for the championship?

In all honesty, I didn’t prepare as much as I would have liked to. I went to Texas two weeks before the derby to work and train at Deary Performance Horses in Weatherford, Texas. I rode several horses that I had never ridden before, and I saddled and cooled down horses for the owner, Casey Deary. That got me in the mindset for the championship. I was able to watch the competition when I got there and took note of the triumphs of some professionals, so that I could mimic some of their successes in my own run.

What do these results mean to you?

I was not worried with how I placed; instead, I was more concerned about the score I received. I was personally happy with my score of 219.5. The derby was judged by three judges. In a reining competition, you walk in with a score of 70, and then the judges add or deduct points based on each maneuver. I received a 74 from two judges and a 71.5 from the third judge. That was the biggest score I had ever received under three judges, so I was very happy with how I performed. 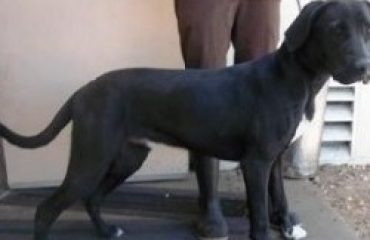 Dog of the Day – Atlas

The Gochman Family: Riding Together Through Life Lessons & Pony Finals 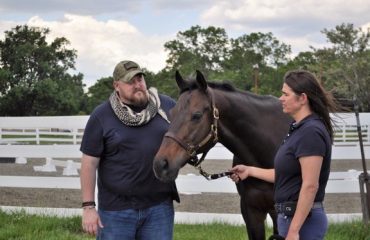