Bill Rube: Keeping What Matters by Giving it Away

By all accounts, Bill Rube shouldn’t be here today. As a young man who struggled with drug and alcohol addiction in the 1970s and ’80s, he feels remarkably blessed to have escaped from that era with his health intact. “There is no coincidence in life, and when you go through all the trials and tribulations that I’ve been through,” Bill said, “you realize that things happen for a reason. I don’t regret any of them because they have gotten me to where I am today.”

With a thankful heart and a positive attitude, Bill’s journey through the show world didn’t end with just competing. In addition to his full-time job as a supervisor at a call center, Bill found that helping others was beneficial to his recovery. He volunteered at the USHJA, and then went on to become the USHJA Fund Development Director where he became known for his commitment to the hunter-jumper industry.

Bill is the executive director of the Lindsay Maxwell Charitable Fund

Bill, who lives in Pennsylvania, recently became the executive director of the Lindsay Maxwell Charitable Fund, where he continues his work in alignment with his philosophy of giving back. The fund is an organization that strives to improve the lives of children with special needs, enabling access to educational opportunities while also focusing on care and compassion to animals. The fund has sponsored several major horse shows benefitting worthy charities.

Horses From the Beginning

“My mother got me a rocking horse when I was a year and a half and she claimed that I lived on it. I took naps on it and ate every meal on it until I was about 5 years old,” Bill said. “I just always had a love for horses and I was fortunate to live where there were a lot in Bucks County, Pennsylvania.”

He began riding when he was 5, and when he was older, Bill rode his bicycle to local stables to hang out and watch riding lessons, hoping for a chance to ride. “I ate, slept and breathed horses; it was like an obsession and a passion,” Bill remembered.

“I remember a lesson George was giving to Betsy Bolger at Devon,” Bill said. “I watched it from start to finish and she went into the ring and applied all the techniques he told her and she won the class. It was beautiful.”

Observing the execution of each trainer’s techniques stayed with Bill and helped him become a successful rider. “I was one of those types who watched everything from the ring to the schooling area; I was interested in the whole picture,” Bill explained. “I was always hungry for knowledge and I took lessons from a lot of people: Louise Serio, Leo Conroy, Billy Glass, and Scott Stewart helped me some when he was back in New Jersey.”

When Bill started college, he rode with Jack Trainor at his barn in Spring House, Pennsylvania. He took advantage of every opportunity to ride before he had his own horses and did very well in the Amateur Owner divisions. “Once I started to compete, I began to win right away. I was very competitive,” Bill said. “I’m the type of person that when I take on something, if I can’t do it perfectly, I don’t do it. That can be a downfall because I’m such a perfectionist.”

Bill competing All About Me
Photo by Randi Muster

In the 1970s, drinking and drugs were readily available and accepted on the show circuit among Bill’s teenage friends. He stressed that he didn’t become an addict because he was involved with horses — on the contrary, horses always gave him a good feeling — it was just that the horse showing scene was another place where others were also drinking and doing drugs. He began to realize that it went too far when the addiction had consumed him.

“The funny thing about addiction is that you don’t realize you’re addicted,” Bill said. “It creeps up on you and you don’t start to realize that you’re addicted until you get up in the morning, immediately craving the drug or alcohol.”

Like many addicts, Bill felt like he could stop whenever he wanted to, but began to face the fact that he couldn’t. “When I went into rehab for the first time, it was to appease everybody else,” he said. “So when I left the rehab, I went right back [to my previous lifestyle]. I did that whole cycle of going in and out of rehab many times. I finally just got sick and tired. At one point I said, ‘I can’t do this anymore. I can’t get better alone.’ Once I let other people help me, it started to turn around.”

Accepting help from others turned into a two-way street for Bill — he found that the key to his recovery was in also helping others. “There’s a saying that you can’t keep what you have unless you give it away,” Bill said. “I believe that’s true in life whether you’re a billionaire or somebody that makes $30,000 a year and helps out at the church on weekends. You have to do something to give back.”

With Bill’s experience volunteering on several committees and task forces with the USHJA, coupled with his longtime association with the industry, he was offered the job as funds development director for the USHJA Foundation, raising funds for the many worthwhile endeavors the association sponsored.

“I worked closely with the board members, keeping them up with initiatives and all sorts of ways to raise money and bring awareness to the programs and what we had to offer — both to donors and recipients. It was really important to me to get the donors involved and let them know where their money was going,” Bill said. “Other organizations get the check, cash it and that’s the end of it, but I would follow through and keep everybody involved through the whole process. It’s important to take the time to thank people, acknowledging anything they did no matter what the donation was.”

Bill was highly successful during his time with the USHJA and was awarded the USHJA President’s Distinguished Service Award in 2012 and 2013. In 2014, he was named the USHJA Volunteer of the Year and in 2016 he was presented with the Moran Family Excellence Award.

While traveling on the West Coast for the USHJA in June 2017, Bill met Lindsay Maxwell, who asked about his work. “She was interested in everything I was doing and was very supportive right off the bat,” Bill said.

Lindsay offered Bill the position of executive director of the Lindsay Maxwell Charitable Fund in November 2017, and he’s excited about the work. He pointed out that they have much in common. “Although she’s younger than I am, Lindsey came up through the ranks just like I did and she wants to make sure that same experience is provided to deserving students,” Bill said. “So it was a no-brainer for me to jump and accept the job offer.”

Bill believes whether fund recipients go on with horses as a career or not, it can help shape an individual for the better and provide a good foundation for life. “It has turned into part of my philosophy and I really want to do things that make a difference, to leave a good footprint here,” he said.

While Bill’s heart is definitely aimed at changing the world, he knows one thing is currently missing. “I haven’t ridden in about a year and a half but I’ve decided that I’m going to start riding again,” he said. “I buy weanlings or yearlings and I’ve been doing that for a while, bringing them to 3 or 4 and selling them and then looking for the next prospect. But I definitely need to ride again to totally fill my cup. There’s just a little something missing and I know that’s it. Even if I just get on one day and trail ride, I just need that connection.” 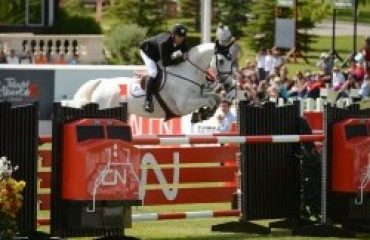 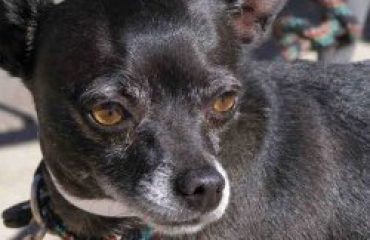 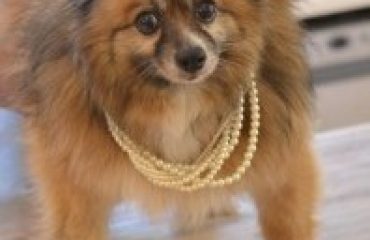 Funny Rescue of the Week