You and some of the ponies you have ridden in the past are still discussed by young riders aspiring to become professional equestrians. What made some of those ponies special?

Throughout my junior years, I was presented with the opportunity to ride many different ponies. I also had the good fortune to be able to ride some true champions and had quite a bit of success in the pony ring. My main ponies were Nilla Wafer in the smalls and Dream Come True in the mediums. There were so many ponies (Silver Spoon, Starlight Express, Dream A Little Dream and many more) that I would catch ride (Pretty In Pink, Giggles, Hillcrest Better Than Blue, Shenandoah’s Sundowner, Millbrook’s Tiny Bubbles, Wait For The Beep). In fact, I may not have done equitation my last junior year, but I’m sure I was still riding some ponies!

Nilla Wafer was my first real taste of success. A breakout year for us was in 1991 when we earned championships at Devon, Harrisburg and The National, as well as leading small pony at Pony Finals. The year culminated with being named Chronicle of the Horse’s Horse of the Year (the only pony to have been named that!). Nilla started out as a catch ride, but recognizing the connection we had, luckily my parents were able to purchase him for me. My first pony, Build A Dream, was an incredible teacher, but Nilla had the moves to be able to win against almost anyone if I rode well. What made Nilla special is that he was a palomino, and not many of those were around at that time. It helped us stand out when we had great rounds, and conversely if I chipped! Oops!

My medium pony, Dream Come True, or Timber, was the whole package, but he was also very young and very green when we first got him. My mother would ride him at home and worked very hard on his rideablity and then would try to have me get on and learn what she was doing. He was the start of teaching me how to work with young ponies. What made him the most special was that we brought him up from the green ponies and a few years later, earned a tie for grand champion at Washington International Horse Show with Liza Towell and Tickled Pink.

He also became so nice to ride that I won the Pony Medal Finals on him! That was probably my fondest memory of my pony career. Knowing that we trained him from such an early age to be able to win a class like that at the Pony Finals was huge! I still have the photo in my house which shows my parents and my sister, Lynn, standing with the cooler and trophy in front of Timber and me.

I think the best thing about ponies can also be considered their most challenging: their attitudes! They are so cute and so small (compared to a normal-sized horse), but they still have to hold their own. They are never to be underestimated just based on their size. I have ridden some ponies that have had horse-sized strides and thought they were a whole lot bigger than they actually were. I’ve ridden some with personalities bigger than the biggest horse I’ve known. I love ponies for their attitudes!

What’s important to keep in mind when working with ponies?

My advice for working with ponies is to be at a barn that works with a lot of them. It’s really a specialty to be able to understand and bring out the best in them every day. If I were to start working with ponies again, I think it would take a period of adjustment. We get used to doing things a certain way with horses, and while they are essentially the same animal, there are underlying nuances to be taken into consideration with ponies. The most important thing is to be around people who are very familiar with ponies on a day-to-day basis and learn from them.

Even though I no longer compete with ponies, they will always hold a special place in my heart. They were the first equines I brought from green to competition level, and have helped paved the way to where I am today. Though I long ago graduated to horses, the lessons my feisty ponies taught me carry on, and help me as I train other young equestrians.

For upcoming riders, young equestrians who are learning on their first, second or even third ponies, I often think back to what I wish I had known when I was their age. With that, my advice is to never give up, bond with your pony, and embrace the lessons your pony teaches you, whether they are easy or difficult. Ponies have a special place in our profession, and being able to really work with one is a rite of passage that is worth the effort and attitude. 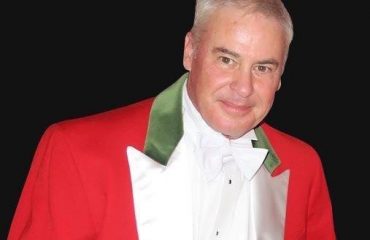 Insuring a Leased Horse and Your Farm 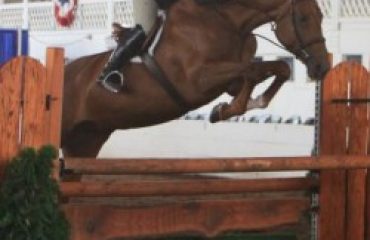 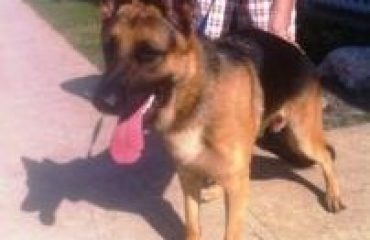 Dog of the Day – Hercules