Discovering the Magic of Ponies

There’s nothing cuter than a little girl and a pony. Pictured on our cover this month with Bryden Enterprises’ pony Colonel, Camille Cave is one of Sidelines’ youngest ever cover models. She and her sisters are already discovering the magic of ponies, and Sidelines caught up with them to find out more.

Camille and Colonel at Orange Hill Farm in Middleburg, Virginia

Jeff Wilson and Dan Cave live in Washington, D.C., during the week with their daughters, Camille, Charlotte and Calista. On the weekends, as well as for vacations, holidays and special occasions, the family goes to Woodside, their home in Delaplane, Virginia. Charlotte and Camille are 4-year-old twins, and Calista is 2 years old.

“I used to ride as a child, as did Dan,” Jeff said. “I grew up in the Washington area and used to ride in the Virginia countryside, as well as Potomac, Maryland. Dan is from Toronto, where he would ride on his uncle’s farm up north.” With riding in their pasts, Dan and Jeff decided to rekindle the connection with horses — and to share it with the girls. They went to Orange Hill Farm in nearby Marshall, Virginia, where the girls met Bella, their first — and still favorite — pony.

“Camille and her sisters still talk about Bella,” said Jeff. “Last year they all led her around the farm, and both Charlotte and Camille got on for a little ride in the barn. They were only 3 years old.” Now, Camille and her sisters are beginning to ride at Orange Hill with trainer Snowden Clarke. “Since they’re all so young, it’s really the beginning of our experience with horses, but all three girls seem keen to ride,” Jeff shared.

So far, Camille loves everything about riding. “She likes to be in charge, yet seems to listen well to Snowden’s suggestions and directions,” said Jeff. “He’s very good with her. She doesn’t seem afraid and is willing to try and to learn.”

When she’s not riding, Camille enjoys other simple pleasures in life. “She swims like a fish,” Jeff said, “and loves to paint, especially en plein air. She’s very social, loves to greet and play with children, and she loves animals. We have two dogs and two cats that also come with us to Woodside. She’s always hugging, petting and kissing them. She also loves to go to the steeplechase races, polo matches and, of course, to give a high-five to the PoloBear after the boys vs. girls tug-of-war.”

Even at just 4 years old, Camille feels the special something that animals, especially ponies, offer. She was able to discover that unique connection at a very young age, but the equestrian bond is never too late to experience. “I’m excited to have this become an activity where the whole family can participate,” Jeff said. When it comes to horses, age, life circumstances and the cares of the world don’t matter. There’s no difference in petting a horse for the first time or the 10,000th: It’s always the right time to discover — or rediscover — the bond that’s possible with every horse and pony. 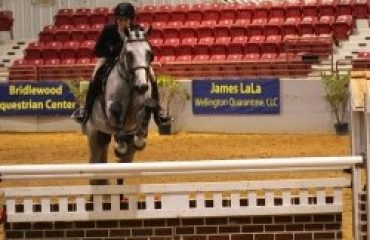 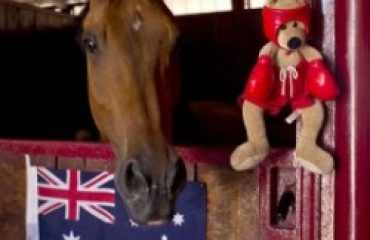 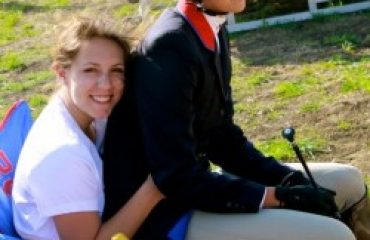