Dressage Behind the Scenes: The 2019 Pan American Games, Lima, Peru

Jennifer Baumert and Handsome with their silver medal at the 2019 Pan American Games in Lima, Peru.
Photo by Morgan Klingensmith

Before leaving for Lima, our team met for a six-day training camp at the beautiful Five Rings Farm in Wellington, Florida. Charlotte Bredahl led the training portion of the week and Laura Roberts did all the communication and coordinating. It was a really special week: Nora, Endel, Sarah and I spent a lot of time together and bonded over that shared experience.

On the day before the flight, the horses were shipped to the quarantine facility in Miami. That was when Endel’s horses had a minor but badly timed injury, which was devastating to all of us. All but one groom flew to Lima the same day in order to receive the horses in Lima the next day. I was able to see Handsome the morning after we arrived, and by then he was settled in a very spacious stall and enjoying the special treatment of his groom, Morgan Klingensmith.

How did the Pan Am Games compare to other competitions you’ve been to?

I was fortunate to have competed on the Nations Cup team this winter in Wellington, Florida. The format was quite similar: It’s basically a CDI competition but you compete as part of a team first then for individual placing in the freestyle. That adds a lot of pressure; however, it also adds comradeship and support.

The venue and atmosphere in Lima were bigger than any Handsome or I had ever experienced, but it was friendly. It was fun to share the same space with riders from so many different countries. Riders and grooms exchanged pins with other nations, which became a bit of an addictive endeavor during downtime. Our team leader, Laura Roberts, and her support staff were fantastic and kept us informed of everything and anything that we should expect. There were many new experiences but no surprises since we had such great leadership.

Jennifer and Besty Juliano, who owns Handsome, are all smiles as they look at the medal.
Photo by Morgan Klingensmith

Did you and the U.S. Team get to do anything fun in Lima?

Our team was very focused on the task at hand: We spent most of our time at the barn with our horses. We went to bed early and didn’t worry Laura Roberts by getting too adventurous! We had a few team dinners; The food in Lima was extraordinary. We were also able to do a little shopping in the local market area. My family did a lot of sightseeing, so I enjoyed that vicariously through their stories and photos.

Endel Otz wasn’t able to make it to Lima; how did that affect the team?

It was absolutely devastating to lose Endel and Lucky just before departing Florida, after our week bonding in “training camp.” I was devastated for Endel because he and Lucky were in absolute top form at training camp. We were so fortunate that Endel came to Lima to be with us for the competition; It really meant a lot to have him there with us, even though he wasn’t competing. Yes, there was more pressure on all of us because we didn’t have a drop score, but it didn’t change how we rode one bit. All three of us have very consistent competition records and we knew we could produce some great rides and scores.

How did you feel about your performance and the results?

I felt really good about the way Handsome was going in Lima. He had more energy than usual: he got hotter as my test went on, which isn’t usual for him. I liked the added energy but I did have to ride a bit carefully by the end. I was definitely proud that we were able to produce solid team scores. I was most happy with our freestyle: It was just super fun!

What were the big takeaways?

I learned just how much goes into sending our teams to the Games. There is more than a village. At a normal show you have your horse, groom, owner, coach and maybe vet or farrier. The results of the U.S. Dressage Team in Lima was a culmination of a huge amount of time, effort and money from many people behind the scenes. The staff at USEF did site visits before the Games, and The Dutta Corp worked tirelessly to make sure the transport and care of our horses was safe and smooth. We’re very fortunate to have the resources to go into international competition so well prepared.

Another big takeaway for me was learning how I perform under the biggest pressure of my life: I’m not a generally nervous person, but I’m not immune to nerves or outside influences either. I worked with a sports psychologist a bit in the preceding weeks which was helpful. I’m one of those people who always sees what I could do better, but overall I’m proud of myself and Handsome. 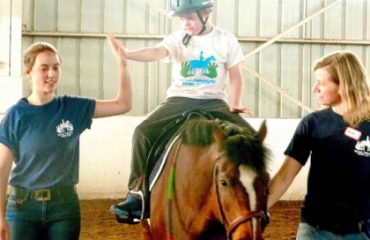 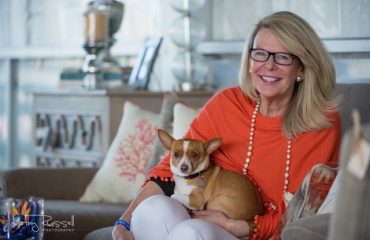 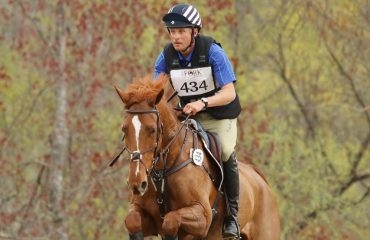