Thank you for sharing an insider view with readers on the U.S. Dressage Team. What are some of the major costs associated with such high-level performance and how do the riders afford it?

If you’re buying a horse ready for top-level competition, you’re looking at a very high number. If you’re a great rider and can develop your own horse from the start, it could be fairly inexpensive. We have the great example of Laura Graves, who bought Verdades as a foal and trained him all the way up to top in the world.  Kasey Perry Glass and Adrienne Lyle’s horses Gorklintgards Dublet and Salvino both had some training, but Kasey and Adrienne brought them up to Olympic level. Lately, Adrienne has had great success with Harmony’s Duval, who was bred in the U.S. by Harmony Sport Horses and trained by Adrienne. If you look at some of the greatest combinations over the past 20 years, they’ve usually been together from the start. I believe Isabell Werth has trained just about every horse she’s had success with. I believe the same is true for Carl Hester and his string of great horses over the years. It would be great if each one of our top riders had a string of horses coming up behind their top mounts.

Some of the other expenses associated with owning a top performance horse are board and training, horse show expenses and vet expenses. If your horse is successful, you will most likely be traveling to Europe to compete against the rest of the world. Flying horses to Europe is expensive and so is competing in Europe. I don’t believe there’s any need to go to Europe to get training because we have great coaches here in the U.S. We’re also very fortunate to have world-class shows here in the U.S., where the organizers bring in top judges. We’re also starting to see riders from other countries come and compete here, but it’s still very important for U.S. riders to compete in Europe against the best Europeans.

How do the riders afford it? In most cases, the horses aren’t owned by the rider, but if they are it’s definitely a struggle to pay for it all. Some of the riders have sponsors who help pay for expenses and there is grant money to be had. Most of the riders are professionals who teach and train all day. When they’re competing overseas, it’s more of a challenge since they don’t have any income. Once a rider is on a team, they usually will have expenses paid for, but that still doesn’t cover the expenses at home. Most of the top horses are owned by private people who enjoy the journey of hopefully one day owning a top horse competing in the most exciting shows like WEG and the Olympics. They also enjoy being part of someone else’s dream of being on the Olympic Team. Sometimes the horses are owned by a syndicate who enjoy the same journey, but with more people sharing in the expenses. In some cases the horses are owned by a rider’s parents, who want to help them fulfill their dreams. We owe them all our deepest gratitude. Without great owners, our sport wouldn’t have had the great success we’ve had in recent years.

Does each rider on the team have their own trainer in addition to the team coach?

Most of the riders have their own coaches and in the case of three of our top riders, that coach is Debbie McDonald. She’s coached all three American riders who were invited to compete at the World Cup in April. I think that’s an incredible accomplishment and I don’t know of anyone else who has achieved that. Riders competing in the World Cup this year were Laura Graves, Adrienne Lyle and Kasey Perry Glass. They are all incredible riders as well as outstanding horsemen and sportsmen.

Who plans the competition schedule for team riders and how is it determined?

It’s usually a combination of the rider, their coach, the Technical Advisor (Debbie McDonald) and Managing Director Hallye Griffin. Every year’s different because it depends on what the rider/horse combination is trying out for. This year is a Pan Am year and some riders are trying out for that, while others are more focused on next year’s Olympic Games in Tokyo. Some of our best horses are a little older and they have nothing to prove by showing or traveling a lot, so it’s more important to have them in top shape for Tokyo. Some of the riders would love the chance to be on a Pan Am team and will set their competition schedule to try out for that.

Do all Team riders compete at the grand prix level?

Obviously U.S. riders compete against each other; how do they balance competitiveness with working together as a team?

Over the past several years, U.S. dressage has become known for their great sportsmanship and that’s something to be very proud of. I think our riders understand that as a team, we are much stronger than individuals. They also understand the stronger we are as a team, the stronger each individual becomes. It’s critical that the coaches foster good sportsmanship, and we happen to have an amazing group of great people who always want to do the right thing for the team.

When You Outlive Your Equine Partner 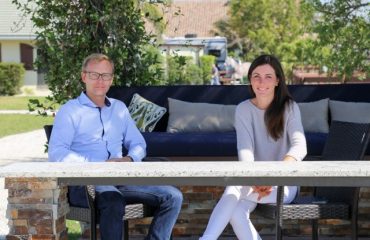 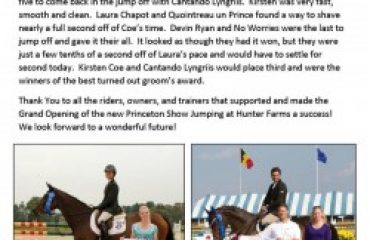