Boyd Martin and Tsetserleg, a 12-year-old Trakehner gelding owned by Christine Turner, turned in a stellar performance at the Land Rover Kentucky Three-Day Event presented by MARS EQUESTRIAN to finish second overall on their dressage score of 27.9. They also took home the Land Rover/USEF CCI5* Eventing National Championship. Boyd took time to talk about Tsetserleg, known as Thomas, and their success at Land Rover in Kentucky and at The Fork in Tryon during April.

April was a big month for Tsetserleg, what is the secret to his success?

Looking back on this year’s Land Rover Kentucky Three-Day Event, where we finished second overall, I’m not sure we could have done much better with Thomas. Last year he felt like a green, inexperienced horse and this year he’s a seasoned campaigner. He tries harder than any horse I know. Just look at all the photos from cross-country: he really had his game face on this year.

Boyd and Tsetserleg earned a dressage score of 27.9 at the Land Rover Three-Day Event

I think the dressage this year was a good test, but I do believe that by this time next year he’ll be able to put in an unbeatable dressage test. My wife Silva rode Thomas more than usual in his preparation for Kentucky this year since I had a broken collarbone from a foxhunting accident, and this undoubtedly improved his performance. On the cross-country Thomas was phenomenal! He was 12 seconds under the time and made the course feel easy. Phillip Dutton schooled him a number of times for me and this was also a big help.

Thomas felt really good when I schooled him before the show jumping on Sunday. My jumping coach Richard Picken had me jump some small fences to get his balance back; Thomas’ fighting spirit really came out in the big stadium. Something really clicked in the past month, and he’s becoming more reliable as a partner.

I’m grateful to my coaches, supporters, and especially to Thomas’ owner, Christine Turner. The past couple of years riding horses for her has been a real thrill and honor. She also owns Kyra and On Cue, and we can expect great things from both of these talented event horses too.

We also competed at the Fork in Tryon in April, prior to Kentucky. Even though Tryon holds one of my worst memories in eventing, it’s still one of my favorite events to go to. Last year in September, I had the honor of representing America at the World Equestrian Games and for the first time in my career I seriously came up short, with a stop on cross-country at a boat jump in the main water complex. It was an unbelievably disappointing moment in my career so I was eager to get back to Tryon for The Fork, our final preparation event for Kentucky. It just so happened I had the exact same horse, Tsetserleg, at this event, and it ended up being a nearly identical cross-country course to the WEG. None of this was really premeditated, but when I arrived at the event it was almost surreal: same track, same horse, six months later.

It was a wonderful opportunity to get out there and give it one more try. That being said, Thomas is a much better horse now: more seasoned, more schooled and we have a much better partnership. On top of that, the Fork didn’t have the glitz and glamor of the WEG and the infamous boat presented slightly differently than it did with flags and spectators and restaurants and bars. I’d gone over it again and again, almost torturing myself with what I could have done differently; I was very proud and relieved that it went like clockwork this time. His owner, Christine Turner, who is our faithful supporter and Thomas’ biggest fan, was standing in the exact same spot watching. It was a wonderful moment for her, too. Thomas went on to win the class, so it was a fantastic event. A lot of riders were joking around with me before cross-country and when I jumped the jump and heard the commentator give us a big cheer, it was good to get that behind us.

What makes Tsetserleg a special horse?

He’s only a small horse; I’d say he’d be lucky to be 16 hands with big shoes on. Last year he was rushed up the levels a bit; he’s a good boy and he tries hard, but he had the feeling of being a bit bewildered by the upper levels. He’s come out as more of a professional this year: He did two intermediate horse trials and they went well, and at The Fork he blitzed a pretty competitive field. I think the coaches around me know him a lot better now, too: my wife, Silva, in the dressage; Phillip Dutton and Erik Duvander for cross-country; and Richard Picken for the show jumping. I was injured earlier this year with a broken collarbone and a crook back and Erik and Phillip both got on him, and Silva schooled him for me, so they have more insight into his personality and what he needs from me as a rider. I feel I’ve got a team around me and everyone wants to see him do well. He’s not big in stature, but he’s a real favorite, he’s a real tryer and I feel he’s got some big performances in him. 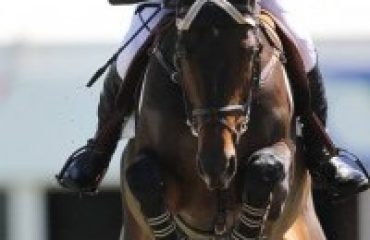 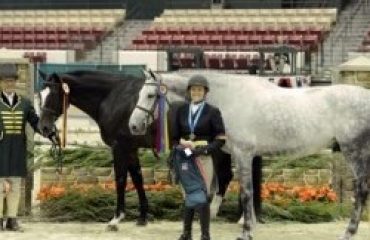 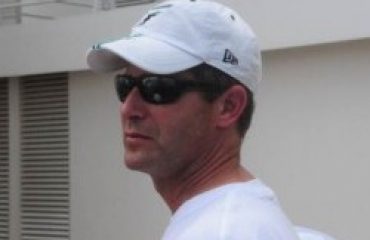 I wish I could whistle.