As the only five-star horse on the team, what’s your thought process on taking Tsetserleg to the Pan Am Games?

Being a proud American event rider, it’s a huge challenge to get on as many U.S. teams as I can. It’s a thrill, an honor and an absolute privilege to represent the country at this level; it’s something I really aim for and take very seriously.

Obviously, the U.S. team’s performance at the Pan Am Games in Lima, Peru, is an important one as we need a good result to be qualified for the 2020 Olympics in Tokyo.

At the moment I have an impressive squadron of horses: Tsetserleg (Thomas) finished second at the Kentucky five-star and really, I was debating whether to take him to Burghley in England in September, which is another five-star, or take him to the Pan Ams, which is only a three-star (formerly two-star). For me, it’s a bit weird aiming for a championship at that low level, and I know a lot of riders opted not to try for the team with their top horses, but I feel this is the right move for Thomas at this point in his career.

He’s been around three five-stars so far — two Kentucky three-day events and a World Equestrian Games — so I’m feeling like he’s now a seasoned horse that has plenty of experience that could serve him well for next year’s Olympics. The reality is that his one appearance on a team was disappointing and this is an opportunity for redemption. Also, he’s never been on a plane and this is an opportunity to figure out how he copes with air travel. I feel like he’s a horse that could finish at the top and contribute to America’s chance of going to the Olympics, which is important for the country. I think the trip will take a lot out of him but the timing is good because he’ll have most of August to freshen up from the jet lag and recover before we make another attempt at the Olympic Team.

Like any other preparation for a championship, it’s 120 percent focus — everything we do with the horse in his training and competition schedule is aimed at peak performance at the championship. I’m only going to run him once, at the mandatory outing at Maryland Horse Trials, before the Pan Ams. I will try to improve his show jumping by going to a couple of jumper shows at Swan Lake, Pennsylvania and at Princeton, New Jersey.

At the moment I’ve been working very closely with my coaches: Silva, who often rides Thomas and is working hard at getting a little more movement out of him, is my dressage coach. My jumping coach, Richard, has been focusing on his rideability and getting him to slow down through the combinations, and my cross-country coaches, Phillip and Erik, have really honed in on the cross-country and fitness and I think we’ll have him in the best condition of his career come August.

How do you use cross-country schooling in your overall training program?

After competing at a few shows this year, I’ve noticed courses getting more and more technical, especially at preliminary and above. In my opinion, they’re a little bit safer but far more complex in their design and obviously elements of rideability come into play at competitions. There’s no doubt that cross-country schooling can really help your horse understand these questions.

Gone are the days you just needed bravery and a bit of momentum: now you have mounds and banks and questions where horses can’t see what’s coming in the next element, and schooling plays a big part in horses being ready for these challenges. I’m lucky to have a schooling course at home here in Pennsylvania and at Stable View in Aiken, South Carolina; I’m probably schooling cross-country as much as I do dressage and show jumping, not constantly but each horse is practicing galloping and jumping the logs and water complexes and combinations on a regular basis so that they really understand these questions.

What are some good opportunities for up-and-coming professional event riders?

I’ve just come off Bromont and I was really impressed with the U25 section in the two-star and three-star long divisions. They were full of unbelievably talented young riders and some very classy horses, and the program at Bromont was enhanced even more thanks to a group of renegade enthusiasts who put together teams with coaches like Erik Duvander. To me, it was a really intelligent group of people: riders who had the Young Rider Championships behind them, or were never quite ready for them at that age, but it’s a group of young riders that look to be up-and-coming professionals. Including these classes made Bromont even more of a championship. I think America’s in need of world-class riders who can find a way to become professionals, and this age group — under 25 and between, say, 25 and 30 — sometimes get lost on their way to becoming a pro after leaving the Young Rider ranks. 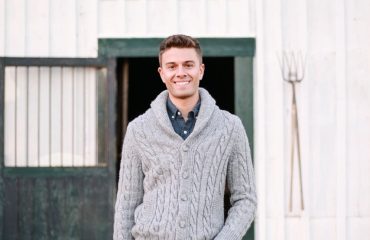 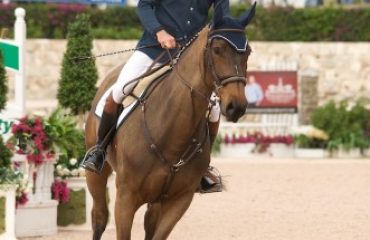 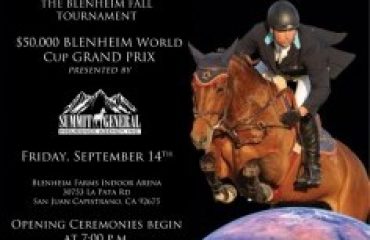