You’ve just won team and individual gold medals at the Pan-Am Games. What was that experience like?

I’ve just arrived back on the farm after flying home from the Pan Am Games in Lima, Peru, and it’s a wonderful feeling to have accomplished a major goal. We all knew the Pan Am Games were a very important competition, not just for me as an individual but to qualify the U.S. Eventing Team for the 2020 Olympic Games in Tokyo. I went armed with my top horse, Thomas (Tsetserleg), and after walking the cross-country course, I was so relieved I had my experienced campaigner with me. Thomas gave his all in all three phases and I can’t tell you how rewarding it was, standing on the podium with two gold medals, both team and individual.

I also had a moment thinking about how last year I contributed to losing the qualification for the Olympics with a less-than-stellar performance at the World Equestrian Games in Tryon, North Carolina. It was gratifying that a year later I was part of rescuing that same qualification. It was a bit of a surreal experience, standing on the podium with my teammates.

Boyd, center, is all smiles receiving his individual eventing gold medal. He is joined by Lynn Symansky, left, silver medalist from the United States and Carlos Parro, bronze medalist, from Brazil.
Photos by Taylor Pence/US Equestrian

The U.S. chef d’equipe, Erik Duvander, has persevered through some tough times with the team, including Tryon. What’s it like working with him?

I’ve been fortunate through my career to work with some brilliant horsemen and women, coaches, trainers and chefs d’equipe. I can honestly say Erik stands out among them all. He has absolute dedication and an obsession with improving the riders in this country. It’s amazing. He’s temporarily left his wife and children back in New Zealand to come to America for one reason only: to make America a leading country in eventing. For those who think this is a glamourous role, there are really only about five minutes of glamour. He’s traveling, coaching and training no matter the weather or time zone. Erik is a master horseman and I believe he’s one of the best in the world. He allows the riders to do their own thing a bit more than most; he’s never forcing you to do a particular type of training, he’s always there with a positive demeanor, encouraging and helping everyone become better and better.

Unfortunately, it’s human instinct to place blame when things go wrong. What everyone needs to understand from the comfort of your armchair is you can have the best horse, the best trainer and leave no stone unturned but it’s the nature of the sport that sometimes it just doesn’t come off, even if you’ve got very good people behind you. Erik’s been through it all: He’s coached some of the best riders in the world and he’s worked with different countries, he’s been in every scenario you can imagine. He’s very calm, and he’s got no quit in him; he doesn’t give up, which I think is important.

Your barn manager and groom, Stephanie Simpson, is also a key part of your team.

There’s no question that one of the things that was holding me back was my organization and management in the barn. This was one of the first things Erik noticed when he came on board. I was very lucky to get hold of Steph Simpson: She grew up in a dairy farming family in Vermont and from an early age worked with cattle and learned management in that role. She previously worked with Dom and Jimmie Schramm and Liz Halliday-Sharp, and she’s very hard working and has a lot of attention to detail. I’m finding my staff is better organized, the horses look and feel better and I don’t have to worry about a lot of these details. I can concentrate on my riding and training and leave the details to Steph. Having a couple of key people on your staff definitely means everything runs better. It’s nearly as important as having good horses. It’s impossible to do a good job if you don’t have enough people, and having the lead role in Steph makes everything super organized. I truly believe the results are starting to shine through.

You’ve had a winning year so far in 2019. What’s the secret to your success?

It’s been a good year. I got hurt a couple of times early this year and, for the first time in my life, I really started to think about my health and my fitness in a serious way. Being injured, and trying to ride when you’re injured, is a good wakeup call. I’m turning 40 soon and I want to be doing this sport until I’m 55 years old or more. I’ve been trying to live healthy and clean, I’m working out with personal trainers, using the chiropractor and laser therapy and doing yoga once a week. I feel good in my body and better in my mind, too.

On top of that, I’ve cut back on riding and I try to avoid riding horses that aren’t talented. That had to be a big change: When I first came to America I was desperate to ride any horse, to fill my barn up and make ends meet. I’m probably making a little less money but the horses are good quality. I’m trying to really specialize in competing top horses. My dream is to have 12–20 top-class event horses and completely concentrate on training and competing them. I like teaching and clinics, but the reason I do it is to make enough money to try to be the best in the world.

I think the key is to have a bit of vision: Obviously the Olympics are next year but then the WEG, and the Olympics after that. I’m trying to build up this pipeline of horses. We have a couple of 3-year-olds, a couple of 4-year-olds all the way up. I think to have the longevity to stay consistently successful in this sport, you have to have this pipeline. They all have to be ridden and trained well and it’s a long process; it can take six or seven years to get them to the top. To have a skilled rider like Mike Pen to keep the horses going is so important. Having more staff than you need is key as well. You’re better off making a little less money and making sure everything is done really well. When I was training in Wellington and looking at the top riders down there, I saw that when you cheap out on staff, there’s a penalty for it. But it’s bloody hard; you’ve got to pay for it all! 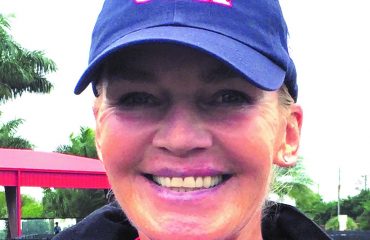 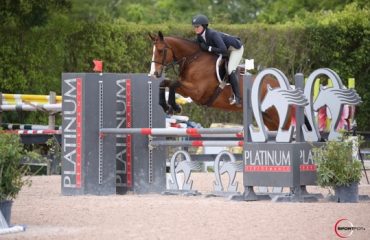 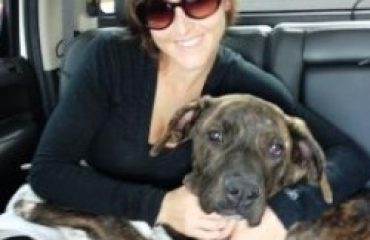 Dog of the Day – Dre