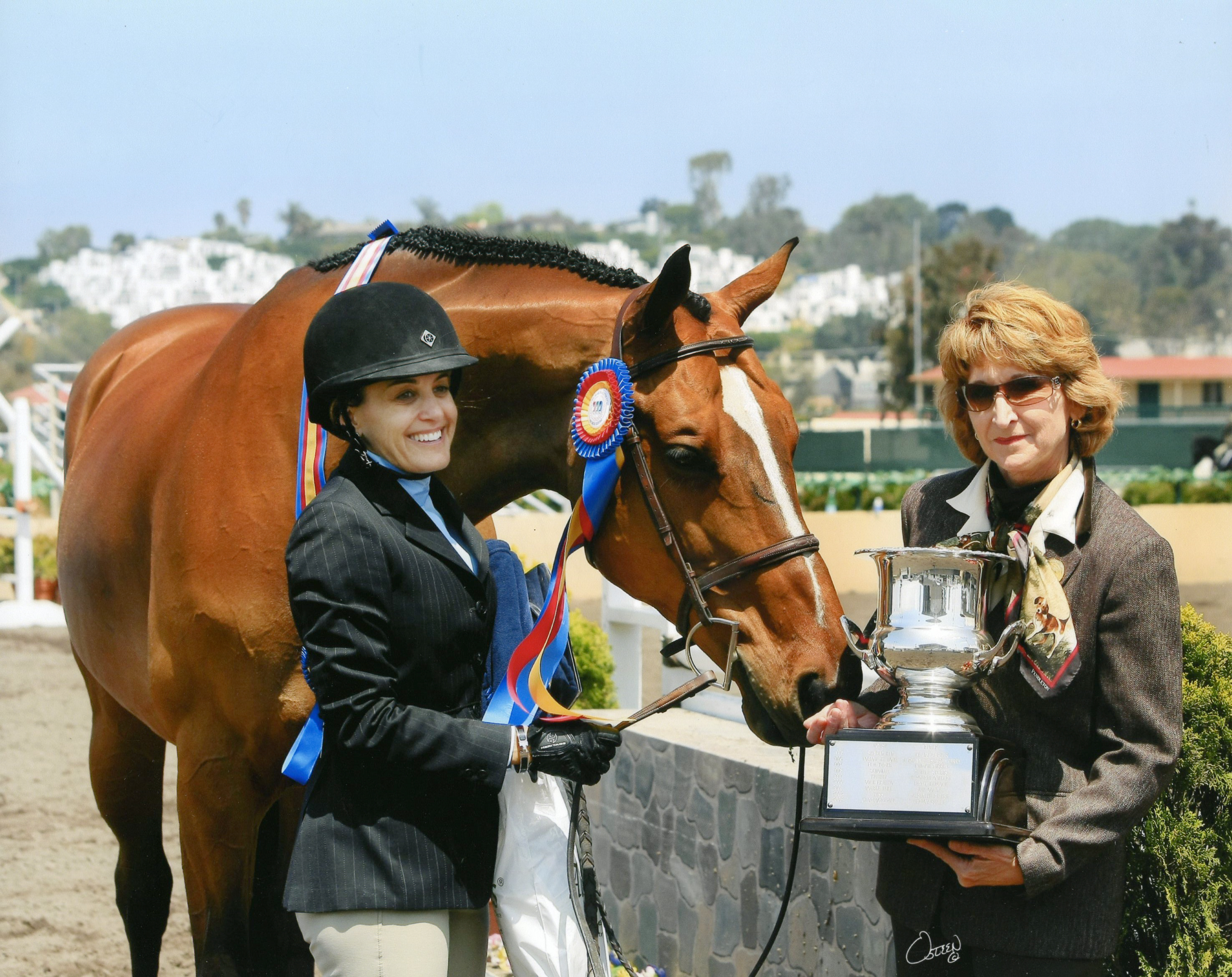 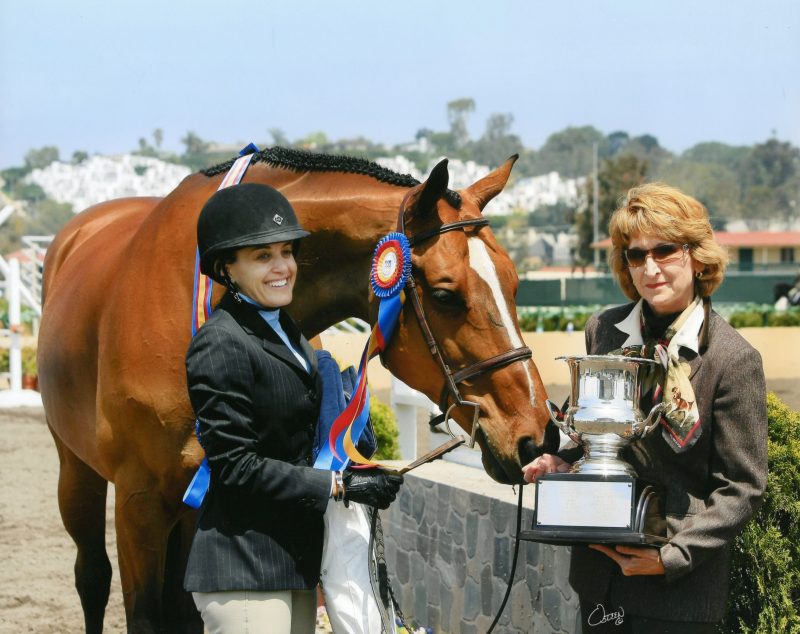 You can’t search for just any rider on IMDb – or at least if you do, you’re unlikely to pull up such a solid filmography as that of Laura Ziffren Wasserman. Having worked in the film industry as a music supervisor for many years, Laura’s credits include such well-known and successful titles as Scooby-Doo, Two Weeks Notice, Romeo + Juliet, and Moulin Rouge!. Now married and with two children, Laura’s life as mother and philanthropist moves to a different beat: hoofbeats.

Working Toward Riding
“When I was younger, my mom rode,” Laura said, remembering her introduction to horses. “She’d let me ride her horses. And every once in a while, when we could afford it, they’d let me have a horse for a couple of months. It was sort of in my blood.” 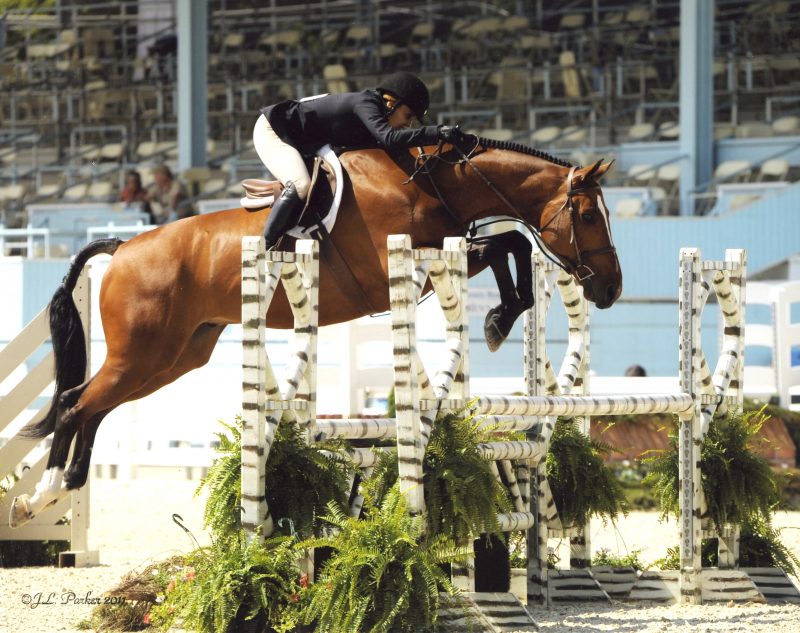 Laura and Overseas at Devon
Photo by James Leslie Parker

Laura’s family circumstances didn’t allow Laura to keep a horse of her own, but she was able to show occasionally. The desire to ride and compete never left, though. “When I was working, I’d try to ride, but I could never really do a lot,” she said. “When I got married, I started showing more.”

Laura kept working for a while after her two children, Emmet and Stella, were born. As one can imagine, life was very busy. “I really love music and I loved working in the business of film and music. One of the bonuses was that working paid for my riding, but when I worked, I definitely rode a lot less. Now, without a full-time job, I’m able to ride during the day, which for me is a luxury.”

Special Horses
Now, Laura’s list of accomplishments in the ring is even longer than her movie credits. “I walked into Archie’s barn when I was pregnant with Stella, so 11 years ago,” said Laura of meeting trainer Archie Cox. Laura spoke very highly of Archie, not just for his training ability but for his perception of what each horse and rider needs. Archie was the one who paired Laura’s horse Boss with John French, a duo that continues to rake in accolades.

Laura regularly shows in Amateur Owner Hunter classes both near her home in Beverly Hills, California, and around the country. “Buzz, whose show name is Overseas, is my horse of a lifetime!” she said of the horse that helped her earn ribbons at such prestigious shows as Devon and the Washington International Horse Show. 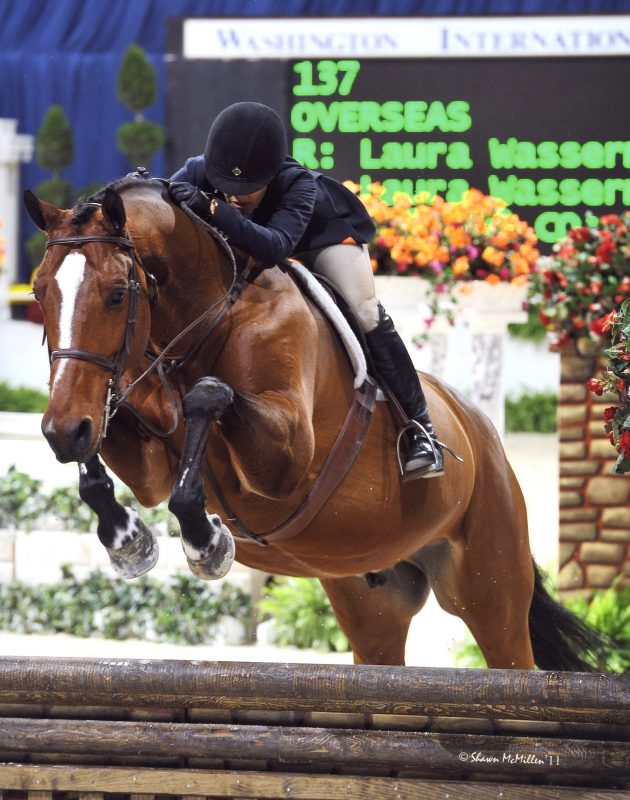 At a local show in California, Laura spotted a talented young horse named Back In The Game. “I was obsessed with him ever since he was a young, green horse,” she said, “and never imagined he’d be mine!” But years later, when she and Archie were looking to buy back East, Laura’s path crossed with the beautiful horse once again. She ended up buying him and within three years the pair won the 2013 WCHR Amateur Owner 3’6” Challenge at the Capital Challenge Horse Show.

In 2014, Laura and her horse Safari were the Grand Champion Amateur Owner Hunter for the Pacific Coast Horse Shows Association, the USHJA Zone 10 and the USEF Horse of the Year. “Safari is actually the other horse of a lifetime! I am blessed,” Laura said.

Like Mother Like Daughter
Just as the “horse bug” was passed from Laura’s mother to Laura, it has also passed to Laura’s daughter, Stella, who began riding at a pony barn before she started riding with Archie.

Now 11, Stella competes on her own small pony, Blueberry Hill; medium ponies Trillville, C.E. Providence and Silly Putty; as well as riding other horses in some hunter and jumper classes. Stella’s ribbon collection is already vast: at this year’s HITS Thermal Desert Circuit alone, Archie coached her to several championships resulting in winning the Circuit Championship in not one but two divisions. 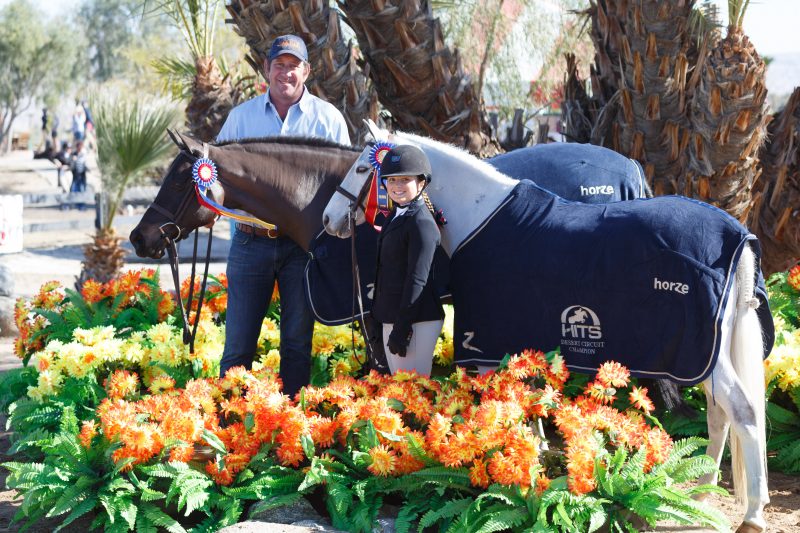 For Laura, showing alongside her daughter is both rewarding and challenging. “Trying to make sure everything is ready for Stella to show, making sure I have everything, helping Stella get warmed up, watching her do her rounds then running to another ring to do my own … it’s my current learning curve,” she said, describing the juggling act of being both a show mom and a competitor.

Laura’s husband, Casey, and their 13-year-old son, Emmet, don’t share the girls’ horse bug, but understand it from a sports perspective. Casey is especially involved with the sports world in his work with Wasserman Media Group, and as the LA2024 Chairman working to bring the 2024 Olympic Games to Los Angeles. “I know he’s really proud of me,” Laura shared, “and really proud of Stella.”

Keeping Busy
The Wasserman family shares other interests, such as going to the Los Angeles Zoo. Laura is on the zoo’s board and has been actively involved in fundraising for improvements and conservation awareness for many years. Her involvement means that she, as well as Stella and Emmet, often get behind-the-scenes animal encounters. “They love it,” Laura said. “They’ve been going there since they were born.”

Laura passionately advocates for the animals and the zoo. In addition to helping raise funds for projects such as redoing the gorilla, elephant and orangutan enclosures as well as creating a rainforest, Laura has seen a tremendous shift in the zoo’s positive impact on the world. “We’ve changed the mission of the zoo — it’s a lot more about conservation,” she said. “A lot of the ways they look at things now are, ‘How does this help the animals in the wild?’ and what they can do for the conservation of the animal.” 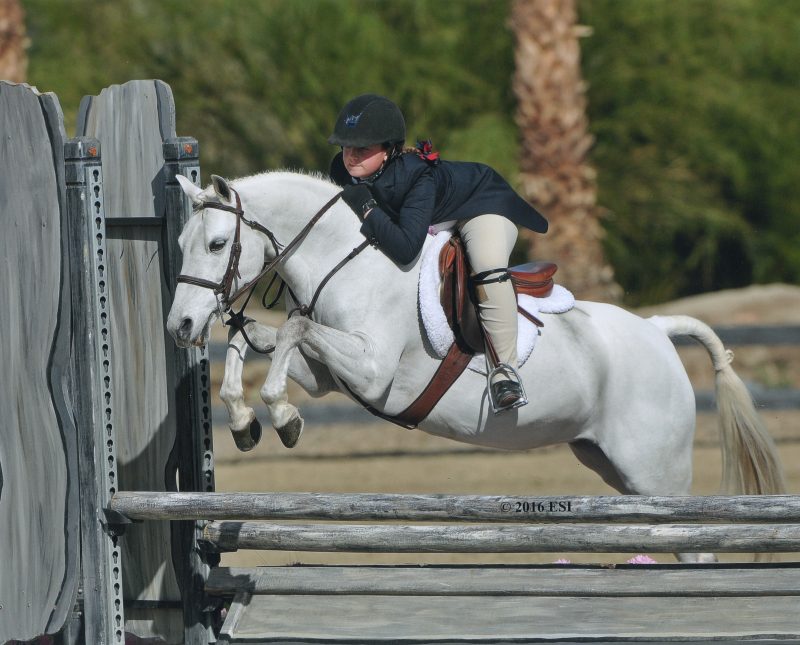 In addition to her roles as mother and zoo board member, Laura serves on multiple other boards. She’s on the board of the UCLA Center for Child Anxiety Resilience Education and Support (CARES), as well as on the L.A. board for College Track, an organization that works with inner-city youth from 9th grade on to help them graduate from college.

Laura’s donations of her time are magnified by the support of the Wasserman Foundation. “A lot of everything we do is very L.A.-based because we’re trying really hard to make this the most amazing city,” she explained. “This is where both of us were born, and where my kids were born.”

When asked how she manages to find time for all of her charitable pursuits in addition to taking care of her family and competing her horses, Laura replied, “I don’t know — you just kind of make time. I guess there’s the saying, ‘If you want something done, ask a busy person to do it,’ right? I don’t really like not being busy.”

Laura Wasserman is certainly a busy person who knows how to get things done. Whether it’s raising funds to improve the lives of animals and people or riding to a tri-color ribbon, Laura gets it done in a big way. And her song has only just begun.
About the Writer: Britney Anderson believes in following one’s dreams, currently pursuing her own of being involved in professional equestrian events. When not riding an OTTB at Creekside Equestrian in Payson, Utah, Britney can be found working at home with carefully mismatched socks and possibly a princess crown. Read about her journey at horseworldlife.com. 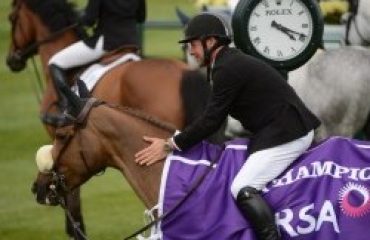 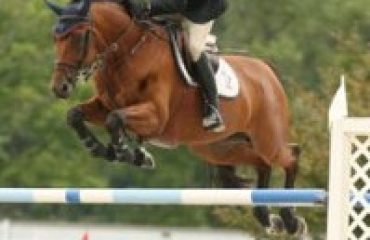