Many people would envy Matt Fine’s commute to work. The drive along roads bordered with pastures filled with lovely, and possibly famous, horses is something he appreciates. Since beginning his job at US Equestrian in 2015, Matt’s office is inside the Kentucky Horse Park.

A self-described ‘recovering’ attorney, Matt’s legal and riding background in eventing serve him well in his job as the chief compliance officer for US Equestrian (formerly the USEF).

Matt at the Kentucky Horse Park

Growing up outside of Denver, Colorado, Matt took lessons from eventer Jim Moore in Parker, Colorado. “I was in Little League baseball,” Matt recalled, “but the coach moved me to the outfield because no one in T-ball could hit the ball that far. My parents asked me what other sport I might like to try, and I said that I’d always wanted to be a cowboy. A friend of my mother’s recommended Jim, so rather than riding Western, I wound up eventing with Jim for over a decade.”

Matt competed in his first event by the time he was 11 years old, and the experience, while not exactly good, was memorable and something that drives his career today. “I was eliminated in show jumping and had to ask permission to ride cross-country,” he said. “The ground jury wouldn’t let me. They thought that I wasn’t ready, and they were absolutely right. When I travel to competitions now as chief compliance officer, and as I watch people of all ages compete, I think of how valuable it was — and how uncommon it is now — to have people in the industry willing to tell you ‘no,’ and emphasize the importance of training at home versus at competition.”

Eventing was always Matt’s primary discipline, and he competed in IHSA competitions while attending the University of Colorado at Boulder. Unfortunately, his ‘kick and get it done’ philosophy didn’t translate well to IHSA competition, and he became the team’s traveling exercise and warm-up rider. “My biggest accomplishment would probably be the 2005 NAJYRC,” Matt said. “I competed in the long-format one-star competition and completed an equestrian life-goal by competing at Young Riders. Although I lost the silver in the final phase of show jumping, I still finished fifth.”

Matt’s favorite horse, the last horse he owned, set him on his career path in an unexpected — and tragic — way. “In January 2006, Harwood passed away suddenly during a riding lesson,” Matt said. “A post-mortem later revealed that he died of a rare heart defect that caused a sudden structural failure of the heart. But as he passed, I had no idea why — I held his head and made a promise to him and to myself that I would try to give back to the sport as much as Harwood had given to me.”

Matt is the chief compliance officer of US Equestrian

Matt stopped riding after Harwood’s death, but a few months later he had a chance encounter with Jo Whitehouse, then CEO of the USEA, at a local Area IX meeting. With his promise at the forefront of his mind, Matt and Jo discussed ways Matt could get involved with the sport. “Almost one year after Harwood’s death to the day, I found myself at my first USEF annual meeting as the USEA’s representative to a newly-created USEF Youth Council. I went on to be elected as the inaugural chair.”

On the second anniversary of Harwood’s death, while volunteering for the USEF, Matt received the Sallie Busch Wheeler Award for Distinguished Service. Matt decided to become a lawyer from his interaction with the USEF and with other groups. “On some level,” Matt said, “I realized that I thought like a lawyer. I had always thought about going back to school, but for several years, I wasn’t sure what to study. Through my post-college experiences, the answer became clear: law.”

After graduating from William & Mary Law School, Matt spent some time as a criminal defense attorney. “I enjoyed the rush of the courtroom,” Matt said. “During law school, I worked overseas in Azerbaijan doing Rule of Law work, and at a public defender’s office. However, when the opportunity came up to return to US Equestrian in 2015 I couldn’t pass it up.”

As the chief compliance officer, Matt has discovered that ‘compliance’ seems to be a catchall for all sorts of projects. His work includes duties in the competition licensing department as well as working with licensing officials such as judges, course designers, technical delegates, stewards and other positions. Matt oversees the licensing of officials, and a large part of that is focused on simplifying licensing procedures. “I’m trying to simplify the process for judge applicants, so they can go online and know exactly what they need to do to become licensed. That sounds basic, but that project is a multi-year endeavor. We have 150 types of licenses, and 26 breeds and disciplines. It’s a huge process.”

Matt also develops and monitors competitions standards and is working on integrating standards and enforcement in regard to venues, with items from footing to concession stands to ambulance crews falling under his umbrella. Matt does try to get out to some venues, but with 2,500 horse shows annually, it would be impossible for him and his staff to visit them all.

Although he enjoyed riding and competing while growing up and his job keeps him actively involved in the horse world, Matt isn’t riding anymore. “The last time I was on a horse was over the summer at a breast cancer charity ride in Montana,” Matt recalled. “I hadn’t sat on a horse in years, and suddenly I was riding a cross-country course. There were a lot of people on the course who don’t ride too often anymore, like judges. And people fell off. We were discussing it the next day, and we were like, ‘What were we thinking?’ I was the youngest participant, but still, my body didn’t bounce back like it used to.”

“Some of the kindest, most selfless people I’ve met were Ghanaians. I also appreciate the humor of the Scottish,” Matt said. “Standing at the Mt. Everest basecamp, staring at the towering vistas and seeing the stars at night were some of the most humbling things I experienced during my travels. I’ve also watched the Great Migration across the Serengeti. That was absolutely awe-inspiring. Meeting people during my travels with horses is also something that has definitely helped shape who I am. When I get the chance to go home to Colorado to be with my family is also very special.”

While Matt doesn’t have a lot of free time between US Equestrian and the Reserves, getting back in the saddle again is a possibility. “There are some multi-week horse treks across Patagonia and South America that look amazing and would be fun to do one day,” he said.

Other things on Matt’s bucket list include marrying his fiancée next year and skydiving, either for fun or via the Army’s Airborne School. But for now, his life has a good balance. “When I put on a uniform as a reservist, and then come back to the horse park on Monday morning, it helps me keep my perspective,” Matt said. “On the weekend, my job’s mantra is to fight and win the nation’s wars. At US Equestrian, our focus is bringing the joy of horse sports to as many people as possible. I love being involved in horse sports, and I’m very lucky that I work for US Equestrian. The horse business is, at its core, organized around the enjoyment and fun of being around horses.” 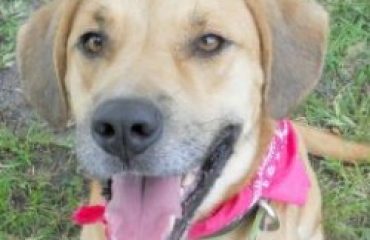 Dog Rescue of the Day 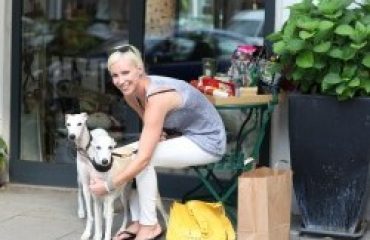