Fred, who appeared in the movie Seabiscuit, still makes appearances as Seabiscuit.
Photo by Candace Chew

Scrolling through Facebook, it’s not unusual for me to see pictures of friends posting horse show images, but a timeline photo I saw recently of my friend Natalie jumping a cute bay stopped me in my tracks. “I had so much fun on the movie star Seabiscuit, aka Fred, at the Thoroughbred Classic Horse Show.” Another post said, “First place on the movie star Seabiscuit,” with my friend posing in front of the familiar horse, proudly displaying her ribbons. I commented, “No way! I want your autograph and his hoofprint.

I adore the story of Seabiscuit! I read the best-selling book by Laura Hillenbrand, then fell in love with the movie and bought the DVD, and later was thrilled to discover a girlfriend was an extra in the crowd for one of the Santa Anita race scenes!

I’m predisposed to love any tale that has an underdog horse as the hero, but the beauty in this horse story is the people story. Seabiscuit brought together a jockey, owner and trainer who had endured personal losses, and each became a little lighter through their newfound community. Simultaneously the unlikely horse, a plain bay Thoroughbred gelding, brought joy to a beleaguered country during the Depression. I’m a super fan.

So when Natalie suggested, “You should go meet Fred!” I jumped at the chance, setting up an appointment to interview him, which technically occurred via his longtime handler, Candace (Candie) Chew. Currently Fred lives in the foothills of the San Gabriel Mountains, a few towns over from Santa Anita Racetrack where he still makes occasional appearances.

Candie warned me via text the star might be dirty since we’d just experienced a round of El Niño showers. I responded I was glad he wasn’t a prima donna and got to live life like a real horse. She texted back that he definitely was a prima donna. As I walked over to his corral to greet him, the 17-year-old gelding, wearing a red halter and lead, pawed the ground in impatience. Prima donna.

During the course of our interview, which took place in Fred’s spacious pipe corral, the equine star — sporting a fuzzy winter coat in deep mahogany — demonstrated his range of emotions: inquisitive (he sniffed me for treats), friendly (he stood for pats and conversation), wary (when I began taking selfies with him), and aloof (when he left the conversation and turned his hindquarters toward us).

Unlike the real Seabiscuit, Fighting Furrari’s race career was lackluster with 16 starts resulting in only one win; his earnings totaled a mere $4,935. Yet the slow racer was destined for something special beyond racetrack success. Fred’s big break occurred when he was discovered at Turfway Park in Kentucky and cast for the role of Seabiscuit. Fred headed west to California to begin his new life as an actor.

The film Seabiscuit, released in 2003, featured five Thoroughbreds who played Seabiscuit; Fred (Fighting Furrari) was one of them. Candie said, “He wasn’t used for the race scenes as he couldn’t outrun me.” However, Fred was used for most of the close-up shots because his stature and coloring so closely resemble the real Seabiscuit. Tobey Maguire (aka Peter Parker/Spiderman), who played the jockey Red Pollard, actually rode him in some scenes.

Following the filming of Seabiscuit, the producers, Kathleen Kennedy and Frank Marshall, adopted Fred and he moved to a dude ranch in Telluride, Colorado. About a year later, the ranch was set to close and Chris McCarron, then General Manager of Santa Anita was contacted. Chris, a former jockey and Seabiscuit co-star, arranged to have Fred return to the track where he’d ride the gelding and Candie would oversee his care.

A story was told that one rainy morning during one of Chris and Fred’s rides around the grounds, the still somewhat green horse deposited the Hall of Fame jockey into a puddle and took off running. Chris shot off after him but the mischievous gelding got away. He was later discovered on a grass patch behind one of the barns.

From Big Screen to Show Ring

Fred’s horse show career began a few years after his return to California when a 14-year-old hunter/jumper rider, Randi Pomrehn, lost her trainer suddenly to a heart attack and her horse to colic. A friend of Candie’s, who became the new trainer for the junior rider, asked if the teen could try Fred. The 15.1-hand gelding took to jumping as readily as he took to performing for film. Randi and Fred, shown under the name Seabiscuit, produced reserve or champion ribbons in almost every show they attended during the next four years. When Randi left for college, Marina Vallejos picked up the reins and showed Fred with similar successes. At different times, both girls had weekend jobs at the track as a Seabiscuit handler.

Fred continues to show in the Thoroughbred Classic Horse Show series put on by CARMA (California Retirement Management Account), a non-profit that raises money for retired racehorses. He’s a good sport in the Trainer and Jockey Calcutta, a hilarious jumping class spotlighting jockeys and race trainers who get on and jump a course, some of them without much experience. Just like at the track, horse show fans can place bids on which team they think will win: proceeds then go to the winner/s and charity.

Since filming Seabiscuit, Fred has continued to act. He appeared in the 2009 mob drama Public Enemies starring Johnny Depp and Christian Bale (lucky horse!). Fred expanded his repertoire to comedy in 2011, appearing in And They’re Off, a film about a failed horse trainer seeking a trip to the winner’s circle. In addition, Fred has starred in several commercials and television shows.

These days during a typical week, Fred is a trail horse weaving around the paths near his equestrian center home with Terry Stute in the saddle. Their view at the base of the mountains is reminiscent of a set from a Hollywood western — dusty and golden. And some weekends during the race season, Fred can be found dazzling fans on the Santa Anita infield wearing his tack from the Seabiscuit movie. He’s available for photos and petting, preferring the company of children to adults.

Fred not only loves children, but possesses an affinity for special children. Candie told a story about an annual field trip from a Southern California disability services organization that works with children who have autism and Down syndrome. “The first year we did this, my husband Matthew [a race trainer] and I held him from both sides while the kids surrounded him with petting and feeding carrots. Matt handed his lead to a young autistic boy and let him lead Fred around the walking ring, with me on the right side. The boy happily chatted with Fred while marching around the ring. At the end of the walk, his father and teachers were visibly shocked. I began apologizing for not asking them if we could let the boy lead the horse. Their shock was due to the boy’s talking. He didn’t really talk up to this point … It was amazing, and one of the best things that could have happened.”

Although their race careers couldn’t have been more different, the two Seabiscuits share a commonality beyond size, shape, and color: They both have brought people together, spreading joy along the way.

Susan with an equine movie star — Fred, the star of Seabiscuit.
Photo courtesy of Susan Friedland-Smith

About the writer: Susan Friedland-Smith, a middle school history teacher who’s been horse-crazy since girlhood, lives in North Tustin, California, with her budding equestrian husband, golden retriever and Doberman. Tiz A Knight, her ex-racehorse, is the main character of Susan’s blog Saddle Seeks Horse, which chronicles her amateur adventures of balancing a green rider hubby and green horse. For OTTB fun, horse tales, and product reviews, follow her blog at susanfriedlandsmith.com or see what’s up on Twitter @SaddleSeeksHorse and Instagram @SaddleSeeksHorse. 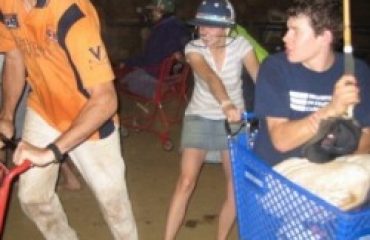 Steering Clear of the Competition 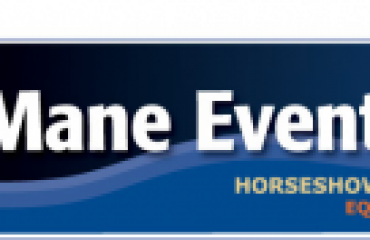 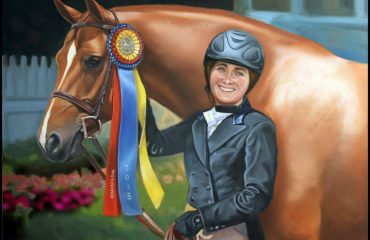