David Jennings, owner of Full Circle Farm, has been in the irons since he was 5 years old, first as a pony rider and now as a top trainer and grand prix rider. Sidelines magazine caught up with David ringside at the HITS Ocala showgrounds where he will be stabled all winter.

When I was 5 years old, my mother was taking lessons in Sussex, New Jersey, and I would go along and watch her ride. I wanted to do that also, so I started taking lessons. We moved to McGraw, New York, and my mother and I started to foxhunt together. I was 6 years old when Susan Lowe discovered me on the hunt field and asked that I ride ponies for her. I rode the smalls, mediums and larges, and went to Pony Finals.

Did you ever do any other sports?

I played a little bit of basketball and a bit of football in high school, but horses took too much of my time.

Who has inspired you the most in life?

There are so many, but I think I would have to say Todd Minikus. He taught me a lot.

If you weren’t a horse trainer, what would you do?

I would be a back country fishing guide.

I have two older brothers who still live in upper New York and neither is in the horse business.

How many dogs do you own?

I own two miniature Aussies, Zoe and Yeti.

What three things are the most important to you when riding a horse?

I would talk Ludger Beerbaum. He is one of the most magnificent riders I’ve watched and I would love to get my horses going like he does.

In 2014, I rode HH Dauphin for Woodrun Farm in the HITS Ocala Million and placed 13th after only having sat on the horse once before that.

I’ve owned three farms at one point and for what my business is now, I can’t ever figure out how and why to have a physical place to call home when you’re never there. So, we base ourselves at shows and travel 50 weeks a year.

What is your favorite movie?

What is your favorite food?

Go to Hawaii or New Zealand and fish for blue marlin

What goes around comes around, which is why my barn name is Full Circle Farm. 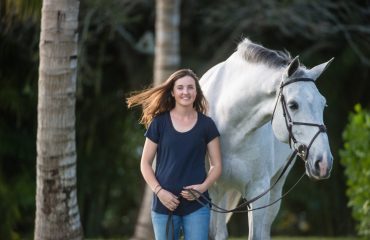 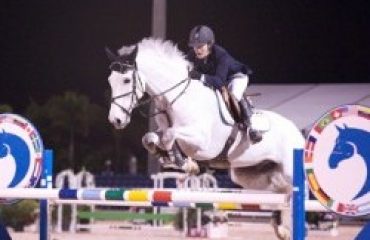 Join Us at the Holiday and Horses Show to See the FEI World Cup Qualifier, Draw for FTI GCC Charities, WinterFest Concert, and More! 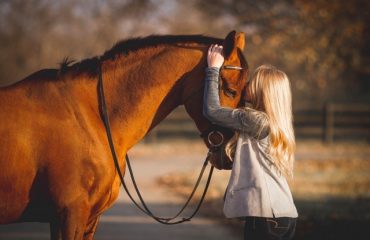