Twenty-one-year-old Hayley Waters of Sparr, Florida, is on her way to being listed in the who’s-who of equestrians. Daughter of a well-known horse family, amateur rider Dana Waters and professional Chuck Waters, of Waterworks Farm in Sparr, and under Daniel Damen’s tutelage, Hayley has become a regular in the winner’s circles at the most prestigious show jumping events in the country. She won her first grand prix when she was 16 and has since won 12 more on at least seven different horses. Hayley was also on the Zone 4 gold medal team in 2014. Her winning streak has continued in 2017, winning two grand prix in Ocala, Florida, and two in Tryon, North Carolina. Sidelines caught up with Hayley ringside at the Devon Horse Show, where she continued to jump into the winner’s circle.

Both of my parents are in the horse business, and I started doing lead line at a young age.

Which person inspired you the most in riding?

My parents have definitely inspired me the most to ride.

My family, my horses and my dogs

What are the three most important traits that you look for in a horse?

They need to be brave, scopey and have a big heart.

I do aerial yoga, Pilates and barre. I’ve been doing that maybe six months and when I’m home in Sparr, I do it almost every day.

The most important traits in a person are:

I think I am trustworthy.

I was really happy after winning the $250,000 Junior/Amateur Owner Jumper Classic in Saugerties. That was maybe the best feeling.

Well, I just started taking accounting classes, so I would probably be in school right now.

I love clothes, but my sister gave me a pair of Tieks ballet flats for my birthday and I really like those.

Who would you talk to if you could talk to anyone?

Do you have a favorite TV show to binge-watch?

I binge-watch “The Office.” I think I’ve watched it three times through and it just gets funnier! I’m pretty addicted to “Scandal” as well.

What’s your go-to social media site to use?

What are your plans for fall?

So far I know I’m going to Saugerties and the National Horse Show.

Have you done any extreme sports (other than horses!)?

I don’t think zip lining counts, but I went a couple of weeks ago. A bunch of the trees we were supported by were in bad shape so I was pretty freaked out. 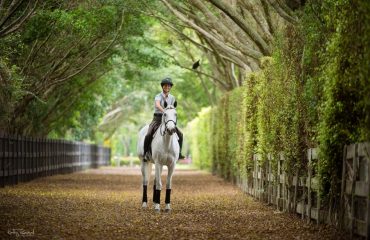 Catie Stazek: All Because of a Roadside Sign -The Broadcast Journalist for ESPN, NBC and the FEI Is Just as Comfortable with a Microphone in her Hand as She Is On A Horse 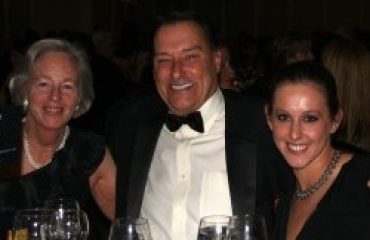 The Line Between Superstitions and OCD