Melanie Smith Taylor is well known in the equestrian world for her legendary partnership with Calypso, for her team gold medal in the 1984 Los Angeles Olympic Games and for being one of only two riders to win the Triple Crown of Show Jumping. Despite all of her accomplishments in the saddle, Melanie is also known for her voice. For 31 years, she’s worked for NBC doing color commentary and has covered shows around the world. Her career as an equestrian analyst began in 1988 when a producer for the NBC Olympics asked her to try out as a commentator for the Seoul Olympics. “I was sent to the Badminton Three Day Event in England as my first gig to ‘practice’ and then on to Seoul. I worked alongside Jim Simpson and Billy Steinkraus, who was planning to retire after Seoul,” Melanie said. “Those were big shoes to fill but I learned so much from Billy and the play-by-play announcers I’ve had the privilege to work with. And NBC is now like family.”

What has been your favorite show to do color commentary for?

I enjoy doing all of the shows, but the Olympics has a special feel to it. It’s also the most challenging, as I do my best to be up to speed on dressage and eventing as well as show jumping. It’s always more fun to be on site but because of live stream I often have to do commentary from a studio that’s miles from the event.

Who has been an important influence in your life?

My mother loved all animals and was my biggest influence. I was raised on a farm in Germantown, Tennessee, with horses, ponies, cows, goats, chickens, peacocks, turkeys … you name it.

What was your inspiration behind your book “Riding With Life: Lessons From the Horse”?

My lifelong goal has always been to become the best horsewoman I could be. After I retired from show jumping, I discovered the importance of groundwork and concentrated on developing the mental as well as physical connection with our horses. On Wildwood Farm, with my husband, Lee, we owned and worked with over 100 horses of all age groups. My book focuses on “a day in the life” at Wildwood during those years as well as the lessons learned from the many horses I was fortunate enough to ride throughout my life and career in the horse world.

What are some favorite memories with Calypso?

Calypso always knew when it was an extra-special event. He would just bloom over the warm-up jumps and I knew he was “on.” I always felt we could win any event anywhere in the world, if it were our day. He was just that good. The faster you went, the higher he jumped.

Favorite shows you have traveled to?

I would pick Dublin as my favorite because of all the other horse activities and competitions going on, and also because we won the coveted Aga Khan Nations Cup trophy there.

Have you had funny horse moments over the years?

I was dumped in the water jumps so many times in the early years that all my white breeches were blue! Officials used to stand next to the water jump with a bar of soap and a towel when I came into the ring — especially on Southside.

If you weren’t involved with the horse world, what do you think you would have done?

I do enjoy all sports and was captain of my high school volleyball team … but I could never have morphed into beach volleyball as they don’t wear enough clothes!

I feel like I’ve had my whole life off, enjoying what I do to the hilt!

My dogs. They are such loyal companions and always happy.

A plaque I have over my desk reads, “Do not go where the path may lead, go instead where there is no path and leave a trail.” — Ralph Waldo Emerson.

Workout clothes and anything stretchy 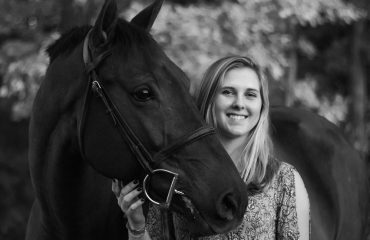 Elizabeth McKim: From the Big Eq to TCU 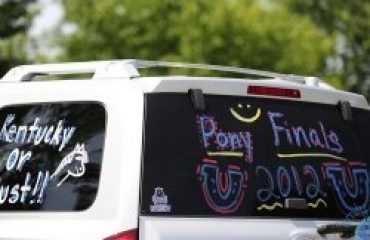 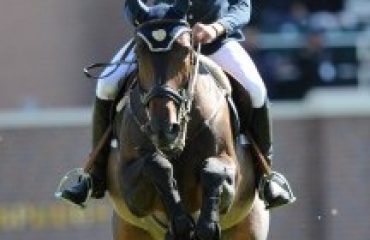