Conyers,Georgia– 15-year-old show jumping sensation Emanuel Andrade of Venezuela added another championship title to his ever-growing resume, picking up the Low Junior/Amateur-Owner Jumper Championship at the Atlanta Summer Classic II held June 20-24 in Conyers, Georgia. 15-year-old Emanuel Andrade of Venezuela claimed the Low Junior/Amateur-Owner Jumper Championship title riding Black Pearl at the Atlanta Summer Classic II in Conyers, Georgia. (Photo by Flashpoint Photography) Hot off his fourth place finish in the recent FEI World Jumping Challenge held inCaracas,Venezuela, Andrade returned to theUnited Statesfor the second week of competition at the Atlanta Summer Classic.  With a win earlier in the week and a second place finish in the $5,000 NAL 1.25m Junior/Amateur-Owner Jumper Classic, Andrade took home the championship title with Black Pearl.  The black Argentinean Warmblood mare also won a Six-Year-Old Young Jumper qualifying class during the Atlanta Summer Classic. In the High Junior/Amateur-Owner division, Andrade took the Reserve Championship title riding Costa, and also enjoyed a second place finish in the $10,000 NAL High Junior/Amateur-Owner Classic with Tiny Tim. Stepping up to the top level of the sport despite his young age, Andrade was the lead-off rider in Saturday night’s $35,000 Outback Steakhouse Grand Prix.  Riding La Fe Forli, a 10-year-old bay gelding bred inArgentina, Andrade turned in a fast four fault effort to place fifth overall. “Emanuel was the first rider on course and had a beautiful round; he rode really well,” said Andrade’s trainer Angel Karolyi, who operates Hollow Creek Farm in Aiken, South Carolina, with business partner Andrea King.  “Being first in the order, he didn’t have the advantage of knowing how the course was going to ride, but I thought he managed it beautifully.  He was unlucky to have the plank down which came down a lot; the horses didn’t see it well and it was easy to knock down.” Coach Karolyi, who also hails fromVenezuela, enjoyed a top 10 finish of his own in the $35,000 Outback Steakhouse Grand Prix, incurring eight faults over the course with Boccaccio, owned by Hollow Creek Farm.  Karolyi and Boccaccio only began competing together in December of 2011, with their first major victory coming on New Year’s Eve in the $25,000 New Year Grand Prix held inWellington,Florida.  In March, the pair were members of the Venezuelan team for the $75,000 G&C Nations’ Cup, also held inWellington 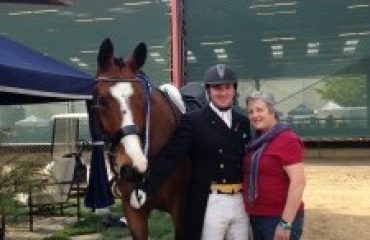 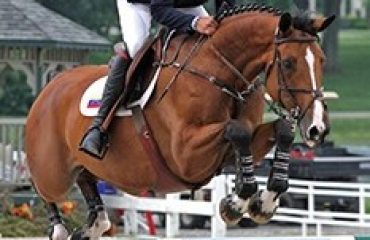