Five years ago, Washington International Horse Show (WIHS) President Vicki Lowell founded a special award in memory of longtime friend and trainer Laura Pickett, who lost her fight against breast cancer at just 52 years old. Inspired by Laura’s enthusiasm for life and horses, Vicki donated the Laura Pickett Trophy for Excellence in Horsemanship to honor her friend’s contributions to the sport she loved and the legacy that she left behind. The trophy is presented each year to an emerging adult or child rider that emulates Laura’s outstanding characteristics.

That Special Something
Vicki attends the WIHS Regional Horse Show & USHJA Zone 3 Finals each October to help select the winner. There, local competitors vie for the opportunity to qualify for WIHS Championship Finals held the following week. The competition is strong, but she’s not looking for how well the nominees ride, or whether they win or lose. The spirit of the trophy honors sportsmanship and enthusiasm as well as riders’ care for their horses, in and out of the ring.

Last year, the fourth annual Laura Pickett Trophy for Excellence in Horsemanship was presented to Bailey Austin Doloff, 17, of Sykesville, Maryland. Vicki had already seen Bailey and his pony Wishlea Star Dasher at the Capital Challenge Horse Show two weeks prior to WIHS Regional competition and admired the pair as they won the first class that week.

Vicki, who was joined by her husband, Brian, detailed, “We watched Bailey ride, and it was not one of his best rounds, but he was super enthusiastic and still petting his pony as he came out of the ring. I stood there with Brian and I said, ‘That is really tough to beat.’ Bailey rides so well, and he was just as enthusiastic when he didn’t win the class as he was when I saw him win. He really impressed me. It’s always hard to pick, but every year it seems like one person really rises and stands out.”

Bailey began riding 10 years ago, first getting his start in pony racing and foxhunting before moving up to jumpers. One summer, he attended pony camp at Green Spring Valley Hunt Club and bought Wishlea Star Dasher. The plan was to use ‘Dasher’ in races, but after trying him over some fences one day, Bailey realized the pony could really jump.

A Rising Star
In 2015, as Bailey prepared to compete in the WIHS Regional Horse Show with Dasher and his foxhunter Dan, he came across details for the Laura Pickett Award on the WIHS website. On a whim, he asked a friend to write a recommendation and was accepted. Bailey submitted his essay and traveled to the competition, but hopes of winning the award were dashed when the event didn’t go as planned.

“We didn’t have the best show,” Bailey recalled. “I had some pretty bad rounds, and it was my last chance to qualify Dasher for WIHS, so I was disappointed. I was also having a lot of hip pain and I was having trouble riding. I made some mistakes, but I knew that my horses tried their best.

“I wasn’t really thinking about trying to win the award at the time; I was just trying to do the best I could and do everything I’ve always done with my horses,” Bailey continued. “I was so excited when I found out that I won. I was actually really surprised because my day hadn’t gone that well.”

Bailey’s mother, Tamara Doloff, was first to find out about her son winning the award and was very excited to share the news.

The memorial trophy and a custom pair of Fabbri boots were presented to Bailey in a special ceremony on Thursday during WIHS Barn Night. Before the presentation, Tamara spoke to Brian Pickett, who told her how Bailey’s great attitude won him over.

Bailey has since managed his pain with physical therapy and exercise and continues to improve with Dasher. The pair has earned championships at multiple shows across the country, including the Devon Horse Show. In August, Bailey and Dasher won the individual gold medal in the U.S. Pony Jumper National Championships.

Bailey is qualified to compete again with Dasher in the WIHS Regional Horse Show & USHJA Zone 3 Finals this year and hopes to do well enough to make it onto the main stage at Verizon Center. He also joined the WIHS Junior Committee this year and will be at WIHS throughout the week helping to organize community activities, including Barn Night, Kids’ Day and Breakfast with the Mounted Police.

Friends Remembered
Once again in 2016, the Laura Pickett Trophy will be awarded to a new winner — the fifth in this special legacy created by Vicki Lowell at WIHS. Speaking of the significance of the award to her, Vicki stated, “My mom died of breast cancer in 2006 and she was only 62. I have another very close friend who’s in her 40s with young children, and she was diagnosed with breast cancer last year. I think it’s important to recognize all of the people that are touched by breast cancer. It’s not something that anybody wants to experience, and I think it’s so important to remember people that have passed.

“My mom and Laura were both people that always put others first,” Vicki continued. “My mom was a teacher’s aide and really believed in giving back to kids and helping them develop as people. I think that’s also what Laura did, and I think the WIHS Regional Horse Show gives riders that leg up. To have a special award that recognizes someone that’s really making an effort, and not just the winner, is a great thing.”

A pink ribbon jump will be placed in the course for the $35,000 Accumulator Costume Class at the 2016 Washington International Horse Show, both in honor of the cause and in memory of Laura Pickett and fellow horsewoman Elizabeth Solter. Riders will have the option to jump “Clear for the Cure” to raise money for the CBCC. For information on the Buck Breast Cancer benefit or to contribute to the Clear for the Cure donation, please contact Mary Helen Shaughnessy at 202-525-3679 or maryhelen@wihs.org.

The Line Between Superstitions and OCD 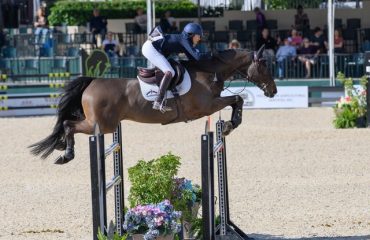 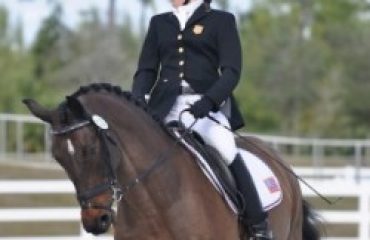