Abigail McArdle, Shawn Casady and Charlotte Jacobs were on a roll at the 2012 North American Junior & Young Rider Championships in the Junior Show Jumping division this year. Abigail and Cosma 20 were the stars of the event, completing an incredible five clear rounds in just three days to capture the Gold Medal. It came down to a jump off for the remaining medal positions. Shawn and Elm Rock LLC’s Zubantos managed a fault free effort for the Silver Medal, while Charlotte and Deeridge Farm’s Kachina captured the Bronze Medal after adding one unlucky rail to their score in the final speed test.

Talk show host Kelly Ripa, from “Live! With Kelly” told her audience that if they spotted her in a tack store buying riding crops they shouldn’t presume she had read the novel Fifty Shades of Grey. Her daughter, Lola, rides and she promised she would be buying a riding crop for Lola to use in her lessons and in the show ring.

Fox hunting is thriving in Aiken, South Carolinaand all of the clubs are totally subscribed and Whiskey Road has a new joint master, Barbara Nelson. With all the hard work and enthusiasm she has put into building the new SPCA animal shelter, we can’t wait to see what plans she has for more fun and sport with WRFH. Of course, not sure how you can improve on Whiskey’s already fantastic fixtures and a hunt week that draws over a hundred riders. Maybe vintage champagne and pate served at the checks?

Rebecca Broussard’s legacy “rode on” this year at the Rebecca Farm CIC 3 Star Event in Kalispell, Montana. Becky was the founder of the Rebecca Farm Event and was one of the strongest supporters of the eventing world, before her death. Becky was very courageous in her battle against cancer and at the time of her death the eventing community lost one of their heroes. In remembrance of  Becky, Rebecca Farm marked the first year of Halt Cancer at X, an initiative started by her daughter Sarah Broussard, to raise money for cancer research. Halt Cancer at X was enthusiastically supported by all of the competitors and visitors at the Event. During the event, many horses were spotted wearing pink ribbons and numerous riders wore a pink armband. This year the outstanding cross-country course was designed by Ian Stark, the well known and “living legend” Scottish event rider. Riders, horses and visitors always feel at home and welcome in the magnificent state of  Montana and it is a privilege to have such a prominent, superior CIC 3 Star Event in the Western part of theUnited States. Hats off to Sarah Broussard for running such a successful Event this year at Rebecca Farm.

Six weeks of fantastic competition and wonderful events at the Colorado Horse Park were capped off with a weekend to remember. There was truly something for everyone, including pony rides and face painting for military families during the second annual Military Appreciation Day, equestrian safety and the distribution of free helmets during the Parker Adventist Hospital Helmet Fitting and the Wildfire Relief Fundraising Auction spearheaded by Liliane Stransky and her Step by Step Foundation. The day concluded with world class competition in the $50,000 Parker Adventist Hospital Grand Prix. Kristen VanderVeen, of St. Charles, Illinois, defended her title as reigning champion of the biggest Grand Prix of the Colorado Summer Circuit. On her horse Bull Run’s Zino Platinum, an 11 year old Holsteiner (Accorodo), Kristen led the victory gallop for the second year in a row.

True champions! Liliane Stransky and a group of riders, including her daughter Daniela (15), Jose F. Bonetti (15), Kelsie Brittan (18) and her brothers Clayton and Spencer (14), jumped into action at the Colorado Horse Park to aid victims of the Waldo Canyon Fire by putting together the Step by Step Foundation’s Wildfire Relief Auction, raising $6,000! “Everyone at theHorsePark is concerned about the families who have lost everything and of course their animals. So we decided to do something for our community and the horses we love so much with this auction,” explained Liliane. Many vendors and competitors donated to the auction; which included everything from tack from CWD to fine jewelry to private riding lessons with top international grand prix show jumping veterans. The Waldo Canyon Fire destroyed 347 homes, burned more than 18,000 acres, left more than 32,000 people homeless and killed two residents. Lives, homes and valuables have been lost and while countless frightened animals, from small mustangs to huge drafts from local stables, had to be relocated. Our hearts go out to everyone impacted by the fires and we offer a big “Thank You” to Step by Step for stepping up to help!

Speaking of Colorado – Sidelines Magazine is looking for a blogger that rides and competes on the Colorado circuit – and wants to keep everyone informed about life out “west.” The blog would appear on the Sidelines website – if you like to blog, send an email to editor@sidelinesnews.com.

Sidelines is pleased to report that two very talented women heading to the Paralympics this summer will provide coverage for Sidelines. Para-Equestrian Ellie Brimmer of Wayzata, Minnesota and Equestrian Photojournalist Lindsay McCall of Canfield,Ohio will be on the grounds atGreenwichPark providing media coverage of the 2012 London Paralympics. Both women have traveled with the team for a few years and have experienced different sides of the competition. As a Para-Equestrian Dressage rider, Ellie has endured the trials and tribulations of competition while Lindsay has witnessed and chronicled through her lens the increasing demand for the Para-Equestrian Dressage discipline.

The Wheeler Museum, located in the USHJA Headquarters at the Kentucky Horse Park in Lexington, Kentucky, has a new exhibit called, Ponies through the Decades. This exhibit has the added distinction of being the first exhibit to go virtual. USHJA has teamed up with Virtual Celebration to turn the exhibit into a Virtual Interactive Exhibit.

Registration is free and easy, so step into the Ponies through the Decades online world by visiting  www.virtualcelebration.com/wmponies .

Ronald Zabala-Goetschel is in the process of making history for his home country of Ecuador by being the first equestrian to participate as an individual in the sport of Eventing at the Olympics! It’s been an interesting journey for Ronald, who has been based in the United States for the past nine years. Training out of Phillip Dutton’s True Prospect Farm, Ronald’s dream of taking his star horse, Mr. Wiseguy, to the Olympics was sidelined due to some minor soundness issues. Ronald persevered, strategically acquiring several other top international horses. During 2011 Ronald purchased ODT Master Rose, a 2000 Irish Sport Horse gelding who had a very successful international career with Oliver Townend in the irons, including several top 4* placings such as Luhmuehlen, where he placed 7 th. This talented gelding, by the top international sire Master Imp, is a half brother to several other international horses headed to the 2012 Olympics, including Tiana Coudray’s Ringwood Magister (Team USA) and Zara Phillip’s High Kingdom (British Team). Clearly the decision to invest in Master Rose was a well thought out one!

The pony world has lost the famous medium pony, Tuscany, who died at 14 of founder. Tuscany was extremely successful with owner Sophie Michaels. He was champion at WEF, HITS, On The Hudson, HITS Thermal, I Love New York, Kentucky Spring, Kentucky Summer, WIHS and Pennsylvania National and Country Heir.

Our condolences to the family and friends of freelance writer and photographer Sarah Greenhalgh, who died in a house fire nearUpperville,Virginia. Sarah’s home burned down on the morning of July 9th and authorities found her body inside. The authorities have stated they believe the fire was suspicious in nature. 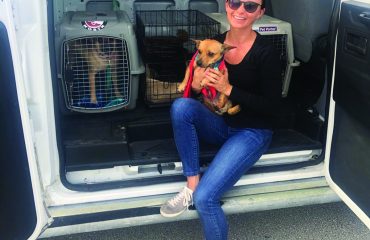 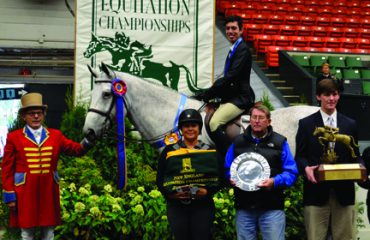 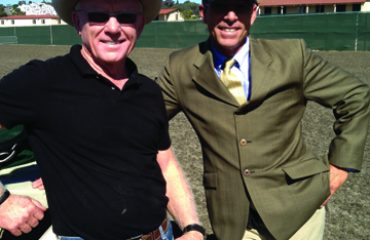