Congratulations to 11-year-old Sophia Pilla, who trains with Lainie Wimberly of Brigadoon Show Stables. Sophia had an incredible WEF season with many championships, reserve championships and pony medal wins. Many of the wins were on her six-year-old children’s hunter Poprocks. Sophia also earned a championship on Greystone’s Star Bright in the small/medium children’s pony hunters and rode Champlain’s Larkspur for her pony medal wins.

Kent Farrington’s top grand prix jumpers, Uceko and Voyeur, are now being sponsored by Biostar EQ. Uceko and Voyeur have been on Biostar formulas for a year and now join other successful horse and rider combinations on the Biostar Team.

Everyone in the Colorado riding community sends out heartfelt wishes to Dr. Terry Swanson, at Littleton Large Animal Clinic. His family, friends and clients are hoping he makes a speedy recovery…and they want to thank him for all he does. He is loved and respected by so many two-legged and four-legged friends.

The SPCA Albrecht Center for Animal Welfare in Aiken, South Carolina, is offering a Low-cost Vaccination Clinic at 199 Willow Run Road from 10 am to 1 pm. on Thursday, May 9th.  Enjoy “Yappy Hour” at the same location from 5:30 pm – 7:30 pm. And on Saturday, May 11th, bring your dogs to the Summer Dog Wash at Cold Creek Nursery, from 10 am – 2 pm, at 398 Hitchcock Parkway.

Louisa Davidson is back in Aiken, South Carolina and will be the official photographer for The Horse Show in the Woods. If you want her to photograph or paint your dog, horse or child, get in touch with her at 970-274-0658 or at louisadavidson@sopris.net or louisadavidson.zenfolio.com.

Get ready for some fun in the Rockies! The Colorado Horse Park has announced their extended Summer in the Rockies series. The AA-rated series managed by Pat Boyle and Showplace Productions will run for six weeks in June and July. During the off week, CHP will host the USHJA Emerging Athletes Clinic with Cynthia Hankins.

Built in 1893, The Gaston Livery Stable, in Aiken, South Carolina, is the last brick, U-shaped barn with a carriage lift in South Carolina and possibly the last in the United States. It has played an integral part in the history of equine sports and the Winter Colony in Aiken. The Cats Meow Gala and Auction is the largest fundraiser of the Friends of the Gaston Livery Stable and 28 fiberglass cats painted and dressed up by artists will be offered to the public on April 13 at the Aiken County Historical Museum.

Is your horse a hard keeper or you think their diet could be better? Well you’re in luck! Biostar EQ gives customers no charge consultations regarding your specific horse’s issues and wellness. Email them at getfood@biostareq.com. If you have a larger barn that could benefit from an on-site visit, Biostar can arrange for those as well!

A new fall Florida grand prix was just announced. In its second year, Southeast Medal Finals has added the $25,000 Land Rover of Jacksonville Grand Prix. After the huge success of last year’s show, the expanded dates for this year’s A-rated show are September 19-23, 2013. Hold on to your hard hats — Land Rover of Jacksonville will offer some off-road test rides during the show.

Top young riders Daniela Stransky, Emanuel Andrade, Jose Fernando Bonetti, Victoria Karam, Gustavo Machado, Maria Gabriela Brugal and Maria Jose De La Torre were members of more than one team during the Hollow Creek Farm FEI Children’s, Junior, and Young Rider Nations Cups at the 2013 FTI Consulting Winter Equestrian Festival on March 2, 2013. The talented teens, along with adult riders Mario Gamboa and Juan Oritz rode on both their own country’s team as well as part of “Team Step by Step,” a group of riders of all ages who help raise awareness for the children’s charity.

Research shows that changes in the batch or type of hay you give your horse can increase his chances of developing colic by 10 times. Dr. Lydia Gray, SmartPak’s Medical Director and Staff Veterinarian, said the company has developed a new and improved version of SmartDigest® Ultra that provides unparalleled GI protection. In addition to making hay changes gradually over 7-10 days and keeping up with regular veterinary care, giving your horse SmartDigest® Ultra in SmartPaks is the best thing you can do to support his digestive balance and help lower his risk of GI upset.

Sidelines Magazine is the Official Lifestyle Magazine of the Jersey Fresh International Three Day Event, now in its 11th year, which returns to the Horse Park of New Jersey in Allentown, New Jersey May 9th through 12th. This year, the Three Star event will be an Official Observation Event for team selection for the World Games. Sponsorship opportunities are still available as are tail-gating spaces on the cross-country course and ringside during the stadium jumping phase of the event. For more information on sponsorship, contact Lisa Engel at 908.310.6248 or l_engel@ymail.com or visit horseparkofnewjersey.com and click on the Jersey Fresh page.

Congratulations to the new class of inductees of the Show Jumping Hall of Fame: event organizer Jerry Baker, rider Sonny Brooks, and horses Nautical and Starman. The new class was inducted during ceremonies at the Gene Mische American Invitational. Plaques honoring them will join those of the 74 previous inductees at the Hall of Fame’s display at Rolex Stadium at the Kentucky Horse Park.

James Lala has expanded services at his Wellington Quarantine. He’s back in the saddle training and showing. James rode and trained Carento, owned by Sherri Crawford, and Carento was champion in the First Year Greens with Louise Serio during Week 8 at FTI WEF. James has also been riding and showing for Jill Knowles and earned a win on Lisa Greenspon’s Cesares in the Baby Green Hunters also during Week 8.

Does your barn or organization have news, tidbits or announcements you would like to share in the Ingate column, dedicated to hunter, jumper, eventing and foxhunting news. It can be something as fun as a wedding announcement, new horse purchased, upcoming clinics or exciting wins. Send to editor@sidelinesnews.com. 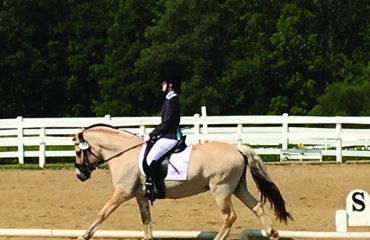 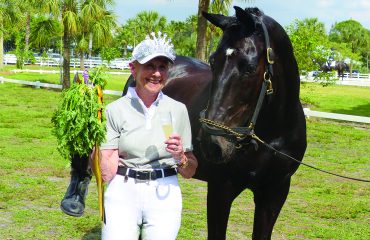 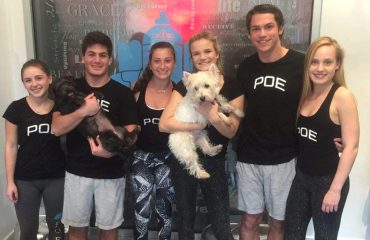