Have you ever wanted to design a hunter derby course? Then you are in luck. Sidelines Magazine has partnered with The Charleston Summer Classic and one lucky person will get to help design a Hunter Derby Course at the Charleston Classic Week 1. The design of the course will be coordinated with Classic’s Official Course Designer for technical measurements, but the guest course designer will receive credit for the creative elements. The Charleston Summer Classic returns for its 21st anniversary to Mullet Hall Equestrian Center on Johns Island in South Carolina July 10th through the 20th.  It’s a great horse show destination where you can combine your love of horses and the beach in one location. For more information, visit classiccompany.com.

Congratulations to Australian clinician, Dan Steers of Double Dan Horsemanship, who was announced as the first competitor at the Road to the Horse 2014. Dan will make his way to the Kentucky Horse Park March 14-16, 2014 to compete for the World Championship of Colt Starting title representing his homeland of Australia. Read the Double Dan Horsemanship column in this issue of Sidelines Magazine for great advice from Dan.

The development team for the proposed Palm Beach Horse Park, in coordination with the Village of Wellington staff, hosted representatives from Auburn University in May for a tour of Wellington’s equestrian community. The May meeting was the third time that representatives from AuburnUniversity and its veterinary school visited Wellington to further discuss the partnership possibilities that the creation of the Palm BeachHorsePark offers. By partnering with a prominent university and veterinary school such as Auburn, the Palm BeachHorsePark could become home to a leading veterinary instructional facility, serving as a satellite to Auburn’s existing programs.

Happy Anniversary to IRT USA. The company has been flying horses for 40 years – champion racehorses, Olympic champions and treasured equine friends. IRT has established a fully USDA approved and year-round Import Quarantine facility for the Port of Chicago. The new facility is open and welcomed horses from the UK that were competing at the Rolex Kentucky Three-Day Event.  www.irt.com

Does chocolate mousse, arugula beet salad, strawberry cream shake or pecan crusted tilapia make your mouth water? Then you are in luck! Kat Wojtylak has started a cooking and baking blog called Eat Your Tarte Out featuring recipes for strapped-for-time horse enthusiasts. Every month a recipe is also featured on the airwaves on the Stable Scoop Radio Show. Kat offers advice on her Facebook page and is always willing to tackle a subject. Visit Eat Your Tarte Out at www.eatyourtarteout.com.

The Sidelines Magazine staff enjoyed a great barbeque dinner and the chance to see beautiful off-the-track-Thoroughbreds at the Thoroughbreds For All event at the New Vocations Racehorse Adoption Program facility in Lexington, Kentucky during Rolex. The event nearly doubled in size from last year’s event with over 500 attending from 28 states while raising over $12,000 for two worthy aftercare charities. The beneficiaries, New Vocations Racehorse Adoption Program and the Retired Racehorse Training Program, partnered to host the educational event. If you have room in your heart, and your barn, for another horse – then save a life and adopt a horse!

If you are going to the Summer in the Rockies show then get ready for an exciting event. The Colorado Horse Park and Sidelines Magazine are offering a “Course Walk With A Grand Prix Rider” before the $40,000 Holiday Inn of Parker Grand Prix on July 13th. Visit the Sidelines Facebook to enter!

Get ready, get set, it’s time to learn! Biostar EQ has implemented a monthly webinar series. Their first one on Stress in Horses was hugely successful, and now BioStar will target other topics at the end of each month. Check out the BioStar Facebook or website to keep updated on all the webinars.

Attention all horse sport fans! Set your DVRs or turn on and tune in to NBC Sports Network on Sunday, September 22nd at 4:30 p.m. ET for the 43rd annual American Gold Cup Grand Prix, a CSI4*-World Cup Qualifying competition. The horse sports rarely get coverage of this magnitude. Let’s support this coverage by creating viewership records! The televised program will provide national, high-profile exposure for the event, the sport of show jumping and highlight Westchester County and Old Salem Farm as premier equestrian sports destinations.

Double H Farm and Rodrigo Pessoa announced that after a seven-year relationship, they will be going in different directions. Rodrigo will no longer be the principal rider for Double H Farm. After an extremely successful partnership, Rodrigo will move on and Double H Farm will focus on other aspects of their business. Good luck to both Double H and Rodrigo! 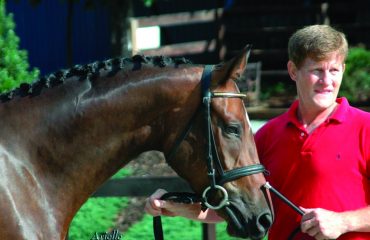 Ingate – Thomas Edwards has received a $2,500 grant from The Dressage Foundation 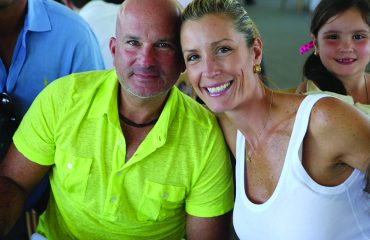 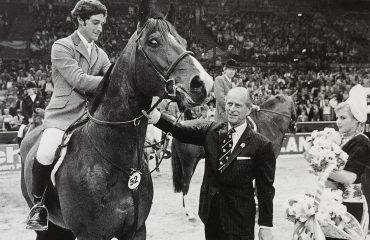