Catching Up:  Shawna Dietrich is everywhere.  Seems that when you have a hunter derby, you can count on Shawna showing up for the presentations!  Maybe she just wanted to get out of theKentucky heat?

Tom Bishop, whom we profiled in last month’s issue (Five Questions for Tom Bishop, MFH) rode home with the top ribbon at Upperville in the Foxhunter’s class.  Congratulations, indeed.  Another brilliant feather in your very full cap.

Michael Taylor and his partner, Bill Weeks are making some big inroads into the hunter jumper world.  They’ve already booked a VIP table for this year’s Alltech National Horse Show and are hosting the opening night exhibitor’s party.

Those media credentials for the Olympics in Londonin 2012 are really hard to come by.  Congratulations to our own webster Erin Gilmore, photographers Kim MacMillan, Sue Stickle and Rebecca Walton with PMG for qualifying.  We’re all excited for you.

Our buddy Sydney Masters has been enjoying the lovely weather in France, and the CSIS*.  The chateau and race track are beyond belief, she says.  Sydney says no one should tell Mark Bellissimo about Chantilly because as beautiful as PBIEC is, it can’t compare!  We don’t want Mark to want to add a chateau to WEF! … or do we?

Don’t you just hate it when horse show management and horse show owners come to blows!  Well it happened and one really big show manager may not be returning next season, stay tuned!

G&C Farm’s Pablo Barrios celebrated his birthday on July 14 by riding with the best in the world at the CHIO Aachen.  He and G&C Sinatra were third in the Prize of Handwerk class, while G&C Quivola was fifth in the Sparkassen-Youngsters-Cup.

Poor Lake Placid!  Why is it that immigration always seems to pick on them?  Yes guys, we are told that road blocks were up which kept some barns away and there were others who got nailed for having illegal help. Why does this happen only atLake Placid every year?

New Baby Department:  Congratulations to Hector Florentino and his lovely wife Eve de Lengaigne on the birth of their first daughter Sofia Daniela who arrived during fireworks during the July 4th festivities!  The little beauty is destined to be horse crazed considering her dad rides and trains for Liliane Stransky at Stransky’s Mission Farm and her godparents are junior jumper rider Daniela Stransky and international grand prix veteran Pablo Barrios.

Bumps and Bruises:  Louise Serio had a nasty slip and fall recently resulting in a broken ankle.  She will be sidelined for quite a while but says she will make it back in the saddle in time for the hunter derby finals.

If you haven’t heard, Ellen Geddes was in a terrible car crash in Aiken in July that has left her paralyzed at the waist.  Surgery was performed to fuse her back, and she was transferred toAtlanta for further evaluation and more surgery.  Keep Ellen and her family in your prayers.  Ellen’s 23rd birthday was celebrated in the hospital…

Arden Cone, a Sidelines contributor who has written about her participation in the USHJA Emerging Athletes Program, is a senior at Hollins University and spent her last semester abroad in Sevilla, Spain. While she had an amazing experience in Spain she also came down with a wicked case of tonsillitis that lasted for months. Turns out Arden caught Equine Strep from a horse she was taking care of a few days before she left for Spain. It’s rare for a human to catch it from a horse, but it can happen. (It is important to note that Equine Strep is not strangles, they are two different things). Despite a raging case of tonsillitis, Arden still enjoyed Spain including a quick ride in Sevilla during the Feria de Sevilla, complete with costume, before returning to the States and having her tonsils removed. Here’s wishing you a speedy recovery Arden. 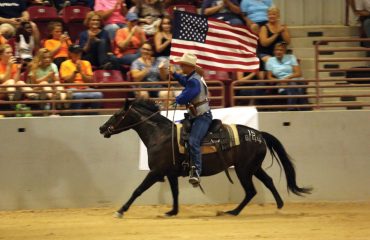 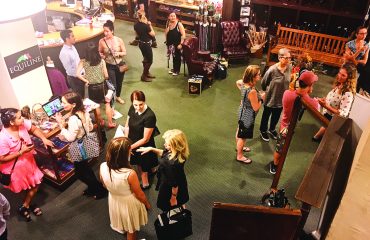 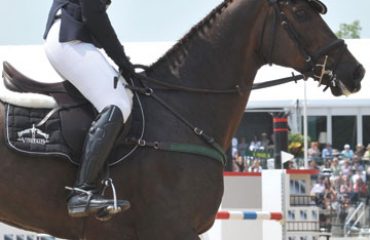