Sabre Interagro, a gorgeous gray Lusitano bred by Interagro Lusitanos, is the star of a Brazilian commercial and international campaign for the Princess BarbieTM Doll from Mattel. In the 60 second commercial, Sabre Interagro proves that fairy tales do come true as he recreates the famous scene in which a handsome prince rescues a princess while mounted on a splendid white horse. Sabre Interagro shows off his star power in the Brazilian commercial when he gallops onto the scene carrying the prince who spots three beautiful princesses. Following a scene in which Sabre Interagro rears – complete with fog and the sound of a whinny -- the prince swoops one of the lovely ladies onto the back of Sabre Interagro and they ride off together as the commercial transitions into two young girls playing with their Barbie Dolls. Sabre’s owner, Marantes, of Haras Itapuã South, reported that the producers looked at a variety of breeds before choosing a Lusitano for the commercial. Marantes was thrilled to have his horse appear in the commercial. Sabre Interagro is ridden in a Portuguese saddle and breastplate that Marantes purchased at the International Festival of the Lusitano Horse in Lisbon

Catching up:   We hear that Germany’s dressage team coach Holger Schmezer, will resign after this year’s London Olympics.  Holger has coached the team since 2000.  The news came through St. Georg magazine (www.st-georg.de), which also reports that the coaching job will then be taken over by his co-trainer Jonny Hilberath.

Dr. Cesar Para has sold Grandioso, his gold medal winning Pan Am partner, as well as the promising FEI mare, Federleicht, to the Glock Performance Horse Centre in Austria.  We understand that Gaston Glock’s in house rider, Marcel Schoenmakers will be competing them. And on the subject of new rides…Guenter Seidel has a new Grand Prix horse with the help of Ed.

Camille Penhoet will be aiming for a spot on the US Team at this summer’s Olympic Games in London.  We hear that Guenter will be campaigning Marie Meyers’ Fandango through August of 2012.

What a party!  Fire dancers and mermaids in the pool at the World Dressage Masters exhibitors party at IPC.  It was so veryWellington – over the top.  Lots of people there but everyone seemed to be behaving themselves.  I’ll be at WDM today and will tell you if anything comes up. But let’s face it, dressage people are boring!!

Correction:  Iron Spring Farm submitted a photo of Rabiola and Robby at Dressage At Devon and we mistakenly credited the wrong photographer.  Stacy Lynne Wendkos took the picture.  We regret the error.

A Plea for Help:  “My name is Erica Brant, and I’m an 18 year old Grade II Para-Equestrian.  You may have heard about me throughout the last few months, as my horse Polly and I have had the privilege of being featured in several magazines, including Sidelines and Wellington the Magazine.   Polly has been in training for dressage for about seven months now.  It’s become clear to me that she’s unhappy in her work and not suitable for the job I’m asking her to do.  After much thinking, I’ve decided it’s in both of our best interests that I find a new home for her.  I’m now looking for a new horse to pursue my dreams with.  Polly was adopted from a rescue center and because of the center’s policy, my adoption fee is non-refundable.  I am now unable to pay a purchase price for a new horse.  However, I can guarantee a wonderful, loving home in Wellington, Florida.  The best option for me would be to find an older horse capable of competing at First Level that someone may be willing to adopt to me or free-lease.  Since I’m a Grade II rider, I will be riding tests at the walk, trot and optional canter for my freestyles.  Some lateral work is included in the more complex tests.  The horse will be stabled with Grand Prix rider and trainer Bethany Peslar at Everglades Dressage (www.evergladesdressage.com) and be in a regular lesson program. Ideally, I am looking for a horse at or under 16hh, safe and one that doesn’t require too much leg to move forward, as I have Cerebral Palsy which makes using my lower leg difficult.  While the horse needs to be safe and dependable, I have six years of riding experience and am not a beginner.  I would like to find a suitable horse as soon as possible and any help provided would be greatly appreciated.   Thank you and I can be reached at erica_brant@hotmail.com” 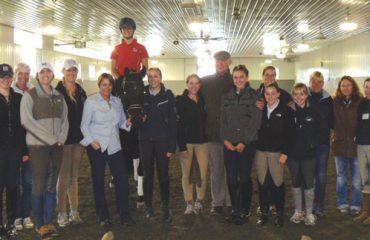 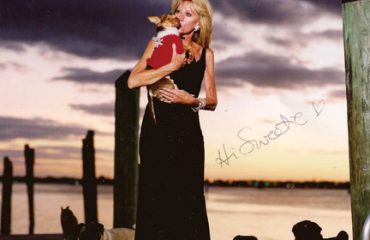