Christy’s earliest memories include riding, and she still rides today in Ireland and in the United States.

Although her childhood dream to buy the dairy down the road and turn it into a horse farm didn’t happen, Christy’s life is full of horses, specifically field hunters, and riding is a family activity with her husband, Jay Cashman, and two teenaged boys, Jay Michael and Quinn. A historic castle in Ireland is her home away from home. If all this sounds like a Hollywood screenplay, it’s a good fit: Christy has been an actress, writer, producer, TV host, entrepreneur and philanthropist. She’s also delightfully herself, down-to-earth, funny and sharp as a Ginzu knife.

“I’ve been very lucky,” Christy said. “One thing that helps keep me grounded is that I haven’t had a super stellar film career. I’ve kept busy and had an interesting life, but I didn’t totally commit to the film world or the film world didn’t totally commit to me. I’m not a famous actress, which is fine. But I am happy. I also believe in doing good works, but I’m not a saint. I have way too much fun to be a saint!”

Jay happens to be a construction mogul with an eye for projects, the most amazing one being their 2012 purchase of Kilkea Castle near the town of Castledermot in County Kildare, about an hour from Dublin. The castle had been refitted and run as a hotel for decades, and it took five years, many millions and extensive renovations to restore the castle to historic and modern magnificence. A labor of love and a multi-level learning experience, Christy and Jay were determined and their efforts resulted in the preservation of a vital piece of Irish history and heritage.

Kilkea, built in 1180, is the oldest continually inhabited castle in Ireland. Its spectacular setting is a 180-acre estate with lush woodlands, rose-filled gardens, a special events hall and challenging 18-hole par-70 golf course and club, thanks to its previous incarnation as a hotel. Kilkea offers carriage rooms renovated from stone stables and self-catering lodges at the golf course, as well as accommodations within the castle itself.

The salon at Kilkea Castle

“It’s really exciting,’ Christy said. “Imagine getting off the plane with your family or a group of friends and recovering from your travels the first day and the second day you go hunting with Shillelagh or Kildare or maybe you want to play golf and do falconry. We have all that available right there. Kilkea’s a dream vacation for people who love to be outdoors, who love the idea of doing the Irish countryside. I love putting all this together and making package holidays for people. If you want to stay in the castle a couple nights and go glamping in yurts in the foothills of the Wicklow Mountains another night, we can arrange that for you!”

Guests can self-cater, enjoy one of Kilkea’s restaurants or venture into the countryside to explore the villages and towns. Although there aren’t any horses on the grounds, outstanding equestrian facilities are five minutes down the road.

The dining room at Kilkea Castle

“If you want to jump around in the ring, foxhunt, ride cross-country — even take lessons in your favorite discipline, you can find exactly what you want easily,” Christy said. “I considered putting stables in, but the riding facilities in the area have been doing what they do so well for years. Right now it makes more sense to utilize what’s around us.”

Last October the Cashmans celebrated the official unveiling of Kilkea Castle as a five-star guesthouse and luxury resort. The castle proved to be the perfect party venue for 300 guests, including family and friends from the U.S.

“Jay and I hosted the launch in the new Baronial Hall with our good friend, Ronan Tynan, one of the renowned Irish Tenors, performing a concert for our guests,” Christy said. “It was definitely an equestrian crowd in the front row. A lot of people I’ve met hunting attended. After Ronan’s concert, we had an enormous fireworks show with the castle as a backdrop. Then we partied all night in ‘The Keep’ on the castle’s main floor.”

Christy got back into horses when she lived in New York. “I met a friend who hunted with Mr. Stewart’s Cheshire Foxhounds in Pennsylvania,” she said. “He invited me with a group to visit and I hired a horse. I had no idea what I was getting into —you don’t know
any better when you’re 20. They jump big fences in Cheshire and, to be honest, I hadn’t really done much jumping. I’ve never really done much work in a ring. But I had a horse that just took me over the fences and I didn’t have to do anything. I guess I had the right combination of guts and stupidity and I just hung on.”

Christy and Jay own a small farm in the heart of Cheshire’s territory to make it easier for her to hunt with them. “I love all the hunts I go out with, but I have a special fondness for Cheshire and its beautiful country,” she said. “It’s where I fell in love with hunting,
where I learned to gallop and jump cross country, where I learned the value of having the right horse.”

Last summer Christy bought a Percheron cross that might be a husband-horse. “I lucked out,” she said. “Victor was young but he had some police training. I saw the video. They were firing guns off his back, walking him along a plastic tarp on a clothesline. He could care less. I basically bought him off the video, but I went down to Virginia to ride him. I was like, Oh yeah, let’s go. We brought him back.”

In October, Christy rode him for the first time to help school hounds with Norfolk Hunt, one of North America’s oldest packs of hounds, in Dover, north of Boston where the Cashmans live. She hunts with several packs in the U.S. and in Ireland, and she knows the value of an experienced field hunter. Aware that Victor had never seen foxhounds before, she was very pleasantly surprised.

“Victor stopped and waited for the hounds. He acted as if he already knew his job,” she said. “I’ve never seen anything like it. He looks like a plow horse, 1800 pounds and still growing. He jumped out of our 4-foot paddock several times. I’ve taken him over a few of these stone walls. I’m going to bring him along slowly and just hilltop this season. I’m really excited about what he’s going to turn into. He’s adorable.”

Christy and her husband, Jay, have turned Kilkea Castle into a five-star guesthouse and luxury resort.

Riding is a family affair and when it comes to the boys’ horsemanship, Christy is a very proud mama. “They’re both fantastic riders,” she said. “Especially my younger son who has a wonderful natural seat. He used to ride a pony bareback around the island where we spend the summer. He would fly around the trails. But you know how it is, they’re going through that phase where they feel, ‘Oh, that’s what mom does…’ But the first girl they meet who loves riding, they’ll be glad they know their way around a horse just to impress her. If they meet a girl who doesn’t like horses, she isn’t going to last.

“Kilkea has provided a great opportunity for our boys,” she added. “Last summer they worked as busboys for a couple of weeks and even started to learn to wait on tables,” Christy said. “I like that it offers a training ground in hospitality. I think it’s important to work in the service business even for a short time. You learn about people quickly.”

Christy’s writing a Young Adult novel that addresses the magical connection between human and horse and the complications that arise in humans after a loss. “Beautifully Broken” isn’t in print yet, but already there’s interest in making a movie out of it.

She’s also very involved with her castle, although she laughs when asked if she feels as if she’s living in a fairytale. “I think I’m too flawed to feel like a princess,” Christy said. “But yes, sometimes my life does feel unreal and I look around and wonder how I got here.”

Here’s the synopsis, Hollywood style: Christy wanted to see the world. She finished high school, taught riding lessons and worked restaurant jobs to save enough money to leave North Carolina and live with her sister in California where she caught the acting bug. Extremely photogenic, she left Los Angeles to pursue acting and modeling in New York, where she met Jay, one of the Big Apple’s most eligible bachelors, who liked her because she was tough, outdoorsy, into horses, ambitious and passionate about what she was doing — and very, very real. In 1999, they married in Ireland, Christy arriving on horseback to exchange vows and live happily ever after. 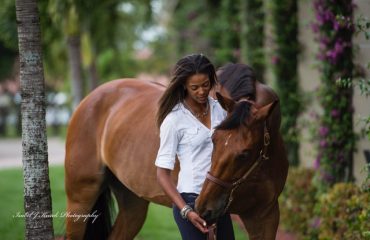 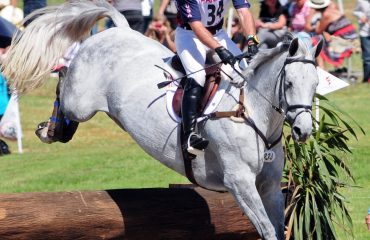 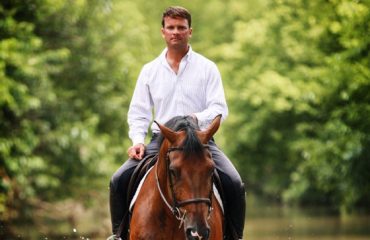