Excitement filled the air at Equest, Texas’ largest and oldest therapeutic horsemanship center, on a warm October day in 2000. The horses gleamed; the stable was clean; demonstration riders were at the ready. A 14-year-old girl with Down syndrome waited with a bouquet of flowers, and Lili Kellogg was ready to receive their special guest.

A tan minivan pulled up, and out stepped Her Royal Highness The Princess Royal, Princess Anne. “We were expecting the black limousines with the flags from the movies, but she arrived in a very humble minivan,” Lili recalled with a laugh. As program director, it was Lili’s pleasure to show Princess Anne around Equest.

“Her Royal Highness was just delightful; she was so easy to talk to, because she’s horsey,” Lili said. As a rider herself, Princess Anne, daughter of Queen Elizabeth II and the late Prince Philip, was the first royal to be selected for an Olympic team and served as president of the Riding for the Disabled Association. “It was like I was talking to my best friend. We could have talked and talked, about horses and horse behavior and competition and breeds, just everything there was to talk about horses.”

The visit included a tour of the facility and therapeutic riding demonstrations, and although the volunteers were intimidated by the royal presence, the riders were fluid in responding to the Princess’ questions. That day, just like every other day at Equest before and since, the real crowning jewels were the riders. In June, Equest will celebrate 40 years of partnering with horses to enhance, improve and change the lives of individuals.

“In the beginning, we knew from anecdotal evidence and feedback from client families that the processes used in our therapeutic programs for those with disabilities improved many areas of their lives — including physical and emotional strength,” said Equest Co-Founder Susan Schwartz. “But now, through our professional industry and clinical research, we have more evidence for what’s happening physically and psychologically to the client because of the human-horse connection.”

In 1981, most people thought therapeutic riding was simply giving pony rides to disabled children. Until she went to a job interview at Equest in 1987 — launching a career in equine-assisted services that would take her around the world — Lili thought so, too.

More Than Leading Around

Lili firmly believes the passion for horses came with her out of the womb. Despite the passion, Lili didn’t start riding until after she moved to New York at 10 — and found a barn where she could “ride like Jacqueline Kennedy.”

Lili rode hunters and competed at local horse shows, attended a two-year college in southern Virginia, then transferred to Colorado State University to finish her bachelor’s degree in animal science. With horses premier as any professional goals, she got a teaching job in the light horse management department at the University of Minnesota. As a teacher and coach, she spent nine years learning more herself and developing her skills.

When her then-husband got a job that moved them to Texas, Lili started doing a bit of private teaching and dabbled in coaching at local shows. But when she and her husband separated, with a young child, Lili needed a stable job — no pun intended.

“There was an ad that said, ‘Quality lesson program in the Dallas-Fort Worth area looking for an experienced instructor,’ so I answered the ad,” Lili said. “Well, the ad did not say it was for therapeutic riding. I was used to coaching ‘typical’ riders, so I didn’t feel I was really qualified. But they talked me into an interview.”

During the interview, they shared a video of riders with cerebral palsy walking and trotting independently, and other demonstrations that brought tears to Lili’s eyes. Her second interview, they asked her to ride for them — and asked for counter canters, lead changes and leg yielding. “I realized, These folks know what they’re doing!” she said. “My impression up to that point of riding for the handicapped, as it was called then, was you just put people on horses and led them around. What I found out at Equest is that it really is progressing riders’ and clients’ skills; you just have to maximize the therapeutic value.”

Throughout Lili’s career, she volunteered for the Professional Association of Therapeutic Horsemanship International (PATH Intl.) and became a master instructor — one of 33 in the world — as well as sitting on the board and visiting sites around the world.

In the early days, before Equest began sending accomplished riders on to other trainers, Lili coached up to the international level including the 1990 World Disabled Sports Championship in Holland, the 1994 World Dressage Championship for Disabled Riders in England and the 1996 Paralympics in Atlanta, Georgia.

Lili left Equest after 20 years to help start another therapeutic riding program in McKinney, Texas, and then to manage another program in Houston. In June 2015, Equest asked Lili to return to help with operations. Shortly after, they asked her to become CEO, and she accepted.

“Both in 1981 and today, the biggest challenges are fundraising and leadership,” Susan said. “Like any high-performing organization, we need leaders of our nonprofits who are both experts in the equine therapy industry as well as good managers of staff and finances, and be able to fundraise. Equest is very fortunate to have Lili at the helm!”

Finances and fundraising is one area where Lili has seen the industry grow over the years: More and more equine-assisted service centers are being able to pay their staff livable salaries. Though Equest has always had the highest quality horses, Lili has seen the quality of horses in programs around the world increase as well.

The biggest changes, fueled by increases in research, have been the addition of mental health therapy and veterans programs. “As prey animals, horses are always reading their environment and they’re experts at nonverbal communication, which is why they’re such great partners in counseling,” Lili said. “They also engage many of the senses, and anchor us in the moment.”

Despite being one of Equest’s program additions in the last decade, their mental health counseling program is one of their most robust. Another is the Hooves for Heroes program for veterans, which began in 2012 as a pilot for four Vietnam-era veterans diagnosed with PTSD.

“The improvement seen in the four original participants encouraged us to expand the program and include it among Equest’s permanent offerings,” said Jeff Hensley, an Equest board member, co-founder of Hooves for Heroes and former director of clinical and veterans services at Equest. “This type of experiential therapy appeals to a large segment of the military, veteran and military family population that is often reluctant to seek help from more conventional providers, including the VA.”

As participation has increased, so has the data supporting equine therapy for veterans and others — leading to broader acceptance by insurance companies and the VA itself. “One thing we know for sure: Equine therapy will continue to play an important role in the health and welfare of our veterans and military families for decades to come,” Jeff said.

The same can be said about the other groups of individuals that find healing, hope and enrichment at Equest. Susan hopes to expand Equest’s mental health programs and start a literacy program — but even for Texas’ largest equine-assisted services center, finances are still a challenge.

To that end, Equest is holding a 40th Anniversary Gala on June 5 in their recently completed Al Hill, Jr. Arena at Equest at Texas Horse Park. The event will feature an auction, dinner, dancing — and another royal visit. Equest’s friend Princess Anne has recorded a special video message for the evening.

“The past, present and future of Equest will be on display as we celebrate 40 years of successes and all the lives of people we’ve been lucky to touch,” Lili said. “They’re why we’re here, and it’s going to be a wonderful night.”

The successes Equest celebrates — each individual whose life has been changed for the better — are also exactly what has made Lili’s own journey a success, from the children who have spoken their first words from the back of a horse or taken their first steps after riding to the veterans who have bounced back from near homelessness.

“A lot of times our clients achieve goals that have been deemed unachievable by others, and it’s remarkable to see what the horses can do for them. I could go on and on about all the different stories through the years,” Lili said. “I really credit divine intervention, because if the ad had said riding for the handicapped program, I probably wouldn’t have responded. It truly has been a blessing to be involved in this industry.” 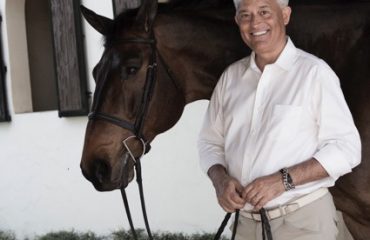 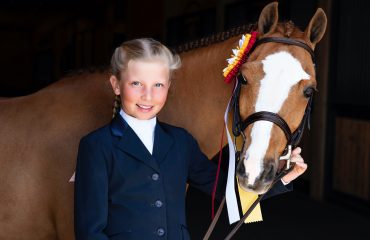 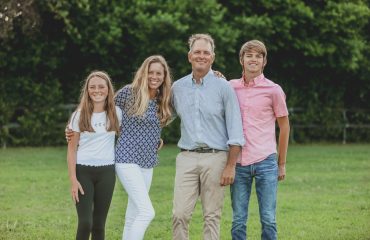