Susan Merrill Hutchison was five when she started lessons at Flintridge (CA) and 11 when she rode under the influence of legendary horseman Jimmy Williams.  From 12 to 18, she was champion or reserve champion hunter seat rider of the Pacific Coast Horse Shows Association.  She turned professional at 18, set a puissance record jumping a 7 foot wall with Red Baron at Indio and stayed with Jimmy as his assistant until he passed away in 1994.  Susie harvested more than 60 lifetime Grand Prix wins and represented the US at six World Cup Finals and one World Equestrian Games.  In 1989, she won the Mercedes Challenge Series, was the 1992 AGA Grand Prix Rider of the Year and finished fourth in the 1993 World Cup Final in Gothenburg.  At The Hague’s 1994 World Equestrian Games Susie and longtime partner Woodstock helped the US to finish fifth.  In 2010 she piloted Cantano to PCHA Grand Prix Horse of the Year and achieved top 25 rider status in the US.  She is a popular clinician, mentoring riders and bringing along talented horses from her base in Temecula, CA.  http://susanhutchisonstable.com

Susie Hutchison and Cantano - they won 16 grand prix during their time together. Photo by Horsetrader.com

Sidelines:  How do you keep your ‘game’ up after all these years?

SMH:  Good horses – you’re only as good as your mount is.  I just sold two nice ones, Cantano last September and Feng Shui in January.  I started riding Cantano when he was six with the backing of fantastic owners, Pat and Jim Iverson and my ground person at the time, Sandy Aston.  We brought him through the levels and won 16 grand prix. He was sold to Nancy Clarke for Meredith Michaels-Beerbaum.  Feng Shui, owned by SIG International, was my next hopeful for the grand prix ring:  he won the 7-8 year old International Jumper Futurity in California.  He was purchased by Ruth and went east to finish his development with Jill Prieto and help from Joe Fargis, someone I highly admire – a classic rider with classic style, a gentleman – he’s first class.  It’s difficult to let horses like that go but wonderful to know you developed something that can go to that level.  I wish them all the best.

Sidelines:  How do today’s horses compare to 20 years ago?

SMH:  I think we’re going back to Thoroughbred types.  I wouldn’t mind riding a Thoroughbred.  I think they’re the best in the world.  The majority of warmbloods, the good ones, go back to Thoroughbred sires. The mare contributes about 70% to a foal and I like a lot of Thoroughbred type in the foal; look at warmbloods at the top of the line, especially the ones influenced by the Thoroughbred sire Ladykiller. Today’s courses are technical and the horses have to be really careful and extremely well-schooled.  The first time I went to Spruce Meadows (1978), the maximum height was 1.50 meters.  Back then a clunky warmblood could hit those 4 inch deep jump cups and not drop a rail. Now the courses are bigger, 1.60 to 1.65, more technical and jump cups are really shallow; to be competitive, you have to have careful horses.

Sidelines:  What was it like to ride with Jimmy Williams?

SMH:  Magic, every day!  Just to be able to be around him and watch the magic he had with every horse he had anything to do with.  What would take me two weeks would take Jimmy two days.  He taught me to try to think like a horse, to treat them with respect, to give them time and not push them too fast.  I don’t think there are any horsemen like that anymore, except for maybe George…

Sidelines:  Who was your favorite horse?

SMH:  Samsung Woodstock – he had so much heart.  I got him in 1987 before Seoul.  He was just difficult in the stall.  He didn’t like anybody being in his stall and he’d try to kick you.  Woodstock came out of Paul Schockemohle’s.  He was sold out of Paul’s auction in England but the riders didn’t care for him and sent him back to Paul.  We ended up at Paul’s and bought the horse.  I don’t think Woodstock would have been as great as he was if it hadn’t been for Jimmy Williams.  He spent hours and hours, molding Woodstock into a great horse.  We had more than 20 top three grand prix placings.  Woodstock is buried on the farm.

Sidelines:  What isn’t well known about your riding career?

SMH:  I showed hunters and won every West Coast Medal Final.  At age 11, I showed Best Bet in the 1st Year Green Hunter division and the next year we went east and at Madison Square Garden we had top call in 2nd Year Green and earned the Reserve Championship in Junior Hunters. Best Bet was the Pacific Coast Regular Working Hunter Champion six consecutive years and retired at the Forum.  A few years ago he was inducted into the National Show Hunter Hall of Fame.

Sidelines:  Do you have any big dreams?

SMH:  I would like to get back into the grand prix ring and be successful. It is my passion. 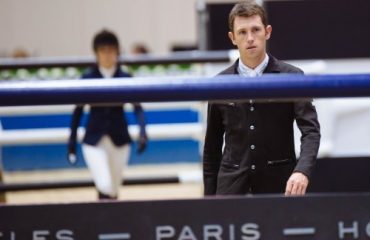 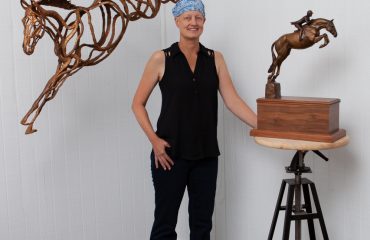 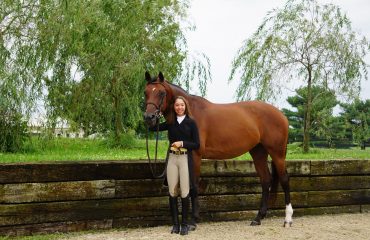