When the Olympic Games roll around, there aren’t many athletes in the world who could say they haven’t imagined what it might be like to compete there. As the ultimate expression of athletic ability and pinnacle of achievement for so many, there are untold numbers of children who wish to one day compete at the Olympics, whatever their sport may be.

For show jumper Karen Polle, the idea that she could represent Japan at

the upcoming Olympic events is an inexpressible wonder and the very definition of a dream come true. “I think for any athlete in an Olympic sport, it’s a lifetime achievement to be able to go,” she said. The 27-year-old equestrian, born in Japan and raised in New York City, has already competed on the international stage at the FEI World Equestrian Games but is still awed at the thought of riding in the Olympics.

The 2020 Games have been delayed until 2021 due to the pandemic of COVID-19 but there is no indication the Games will be moved from Japan. Karen could not only earn the opportunity to compete in Tokyo, but also would be representing the home team, which adds another level of excitement. “Being an Olympic athlete in your home country hosting the Olympics is an opportunity that very few athletes get,” she explained. “For everything to line up for me to be a member of the home team would be unique and so special!”

Thus, with the potential of an Olympic stage in the near, if slightly delayed, future, Karen has become laser-focused on preparing both herself and her horses — a string of four excellent contenders — for the upcoming months of preparation and competition.

Karen’s most reliable, longest-running and perhaps Tokyo mount is With Wings, a 17-year-old KWPN gelding she’s partnered with for 10 years. Stacia Madden, who was Karen’s coach at the time they found Wings, recalls seeing the young horse jump a round in a junior jumper class that was “beautiful.”

“I said to myself, ‘Why can’t I have a horse like that in my barn?’” Stacia said. The horse’s trainer approached Stacia after the class and asked if she knew anyone looking for junior jumper horses, as Wings was for sale. “I said, ‘Can I try him now?’ I called Karen and said, ‘Meet me at the farm in 30 minutes.’ We tried the horse and she clearly got along with him.”

“I immediately fell in love with him, and knew this was the horse for me,” Karen remembered. But he wasn’t without challenges. “I’ve fallen off more times at a walk than anything else, but I wouldn’t change anything about him. I think that’s what makes him a good jumper.”

At the beginning of their partnership, Wings was her second horse for the US Equestrian European Young Rider Tour; in 2015, she and Wings completed the only double clear round at the $250,000 Hampton Classic Grand Prix against an impressive field of competitors, including her former trainer Todd Minikus.

Wings also took Karen to her first World Equestrian Games in Tryon, North Carolina, in 2018. “It was very emotional for me when we were named to the team,” Karen recalled. “It was the culmination of everything we’ve worked for. There have been so many ups and downs, but Wings has always been that constant.”

Wings has easily become her most trusted partner and a “cheeky” stablemate. “He’s kind of famous for misbehaving,” Karen laughed. “Everyone had to clear the gate when we arrived; he became a bit infamous that way. He really enjoys bucking, many times in a row!”

Wings is now Karen’s elder statesman; she has several up-and-comers that she envisions big things for in the coming years. Kino, a 2008 Holsteiner, placed second in the World Cup Qualifier in Lexington, Kentucky, last November and she hopes to build from there; Little Lord 90 is her 1.45m speed horse. She has Celine, a young, green mare at the beginning of her competitive career, and finally there’s Jet Run, whom Karen purchased from Sergio Moya in January 2020.

“Jet Run has a lot of ability, he jumps big jumps very easily and is extremely athletic,” she said. “I definitely hope he ends up being a super competitive grand prix horse!”

Karen’s equestrian journey began when she was 7 years old. “My family had no horse background whatsoever and didn’t know anything about horses,” she said. “There was a stable near our house in New Jersey that we would drive by, and I told my dad I wanted to try.” Luckily for Karen, her dad had no qualms with that idea, and set up her first lesson.

That barn happened to be a show jumping barn, and Karen took lessons on a bay pony named BG and eventually built from one lesson a week to two, then summer camp and then spending every day at the barn. She dabbled in equitation and hunters, then at 13 moved to Beacon Hill Show Stables to train with Stacia Madden, where equitation and jumpers became her focus.

She was quite successful as a junior jumper, winning individual and team gold at the U.S. National Junior Jumper Championship at Harrisburg and then winning a team silver medal in 2010 and a team bronze in 2011 at the North American Young Riders Championships, competing with Cachette Z. “That was amazing,” Karen recalled. “That was the moment I realized I’d like to give the jumpers my all going forward.”

After aging out of junior jumpers, Karen did what every horse-crazy college kid would do, and adapted her schedule at Yale to make the horses her main focus. As Karen graduated and continued on as a professional; things continued to fall into place as her list of accomplishments grew.

There was, of course, the 2015 win at the Hampton Classic; a successful 2016 that included the CIBC Cup at Spruce Meadows CSI5* and a second Hampton Classic; these led to a notable 2017 wherein Karen made history as the first Japanese rider to win the $380,000 Douglas Elliman Grand Prix at the Winter Equestrian Festival (WEF). Her 2018 season was no less challenging, when she returned to WEF with several top 10 finishes; 2019 took her to Europe where she was successful with Kino at the Linz CSIO3* in Austria and the La Baule CSIO5*, then won the Département de Loire-Atlantique 1.45m with Little Lord. In 2018 she and Wings made it to the individual final of the World Equestrian Games; in 2019 they jumped clear for the team at the Nations Cup Final in Barcelona.

All of which has led her to this year, where she had her eyes on Tokyo.

Karen will continue as so many athletes are, putting the Olympic dream on hold until qualifying events and training can continue. She trains under the guidance of Conor Swail and Wim Schröder, and is looking forward to proving herself and repaying the generosity of her sponsor, the Kinoshita Group. The Kinoshita Group sponsors a variety of Japanese athletes, and Karen is the first equestrian.

“When I first started working with Karen, she was doing three-foot equitation and hunters,” Stacia said. “It’s very cool to see her riding at the level she’s riding now and competing internationally. She’s been able to follow her dreams and stay on course, even while attending school. I absolutely love watching junior riders go on to represent their countries!”

“I am very lucky and very, very grateful,” Karen said. “I have a lot of people who have invested time and effort into getting me here, and I just really want to do it for them, for the horses and to show my appreciation.” 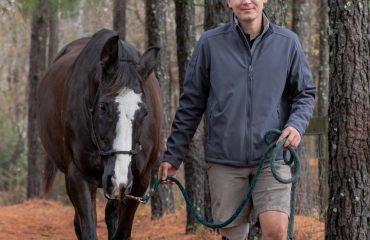 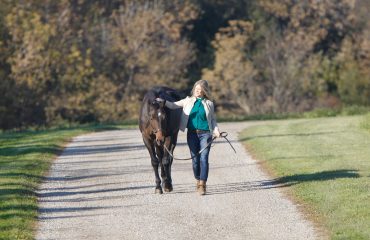 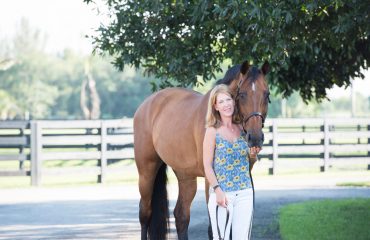