Kya Endreson, a quiet spoken working student from the Outer Banks of North Carolina, showed the dressage world what she was capable of at the 2011 Collecting Gaits Farm/USEF Dressage Festival of Champions when she claimed her first National Championship title.  As a full-time working student for Scott and Susanne Hassler at Hassler Dressage in Chesapeake City, Maryland, Kya won the National Junior Dressage Championship aboard Pik L, an 18 year old Hanoverian stallion owned by Anne Sparks of Horses Unlimited.

Kya led the country as the top junior throughout the season before sweeping the junior division at the Festival of Champions — the only rider to score above 70% in both performances. Kya’s successes and talents haven’t gone unnoticed, and the young star is being hailed as “one to watch” in the dressage world.  She and Pik L recently appeared on the cover of Dressage Today magazine.

While Kya said she would be a show jumper if she weren’t a dressage rider, her riding career began when she tagged along with a friend to a riding lesson.  “My best friend started taking lessons and at the time I loved horses and knew that’s what I wanted to pursue. I started taking lessons at a local barn and learned the basics.  I then became involved in Pony Club and eventing.  Eventually dressage became my main interest and I fell in love with it.”

Sidelines:  What was it like winning the Junior Dressage National Championships?

KE:  Winning the Junior National Championships was such an awesome experience.  I owe so much to Anne Sparks, Scott Hassler and of course Pik L for making it possible.  He is such an incredible horse and I am so lucky and thankful to have the ride on him.  He has taught me so much and I continue to learn from him daily.  I would say winning the Junior National Championship and the Team Gold medal at the 2011 Adequan FEI North American Junior/Young Rider Championships, also on Pik L, are definitely the highlights of my career so far.
Sidelines:  Do you enjoy being a working student for the Hasslers?

KE:  It’s great.  I have been a working student for the Hasslers for a little over a year.  They are so wonderful and they are just like my second family.  Aside from what I learn in my lessons, my eyes have been opened to so many wonderful learning opportunities.  Before training with the Hasslers, I trained with Tristin Hardy Butler, Kathy Rowse and Patti Pieruchi.  I learned many great tools from all of them.
Sidelines:  What is it like living away from home at such a young age?
KE:  Being away from home and my family can be difficult at times, but I am also used to it.  Before working at the Hasslers, I was a working student for my previous trainer and would work at the barn four days a week and go home on the weekends.  My family is tremendously supportive of my riding and they come and visit me often.

Sidelines:  As a working student, how do you fit in school and other activities?

KE:  I homeschool, and it has been such a huge help to my riding. Because the sport takes up so much time, it’s nice to have a school program that is so flexible and fits your personal schedule.  After high school I definitely plan on going to college and will most likely go the route of an online or local community school.  Between school and riding it takes up most of my time, but I also enjoy running and water sports.

Sidelines:  Who are your equestrian idols?

KE:  There are many riders in the equestrian world who I look up to and learn a lot from, but I would have to say that Scott Hassler, Steffen Peters and Courtney King Dye really inspire me.

Marsha Hartford-Sapp: Training an Unadoptable Horse Named Cobra – The Amazing Story of a Wild Mustang Who Won Multiple Horse of the Year Awards and… 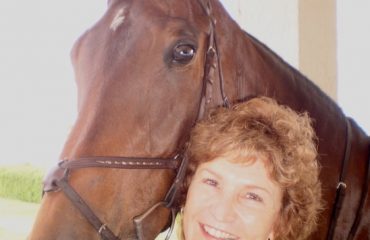 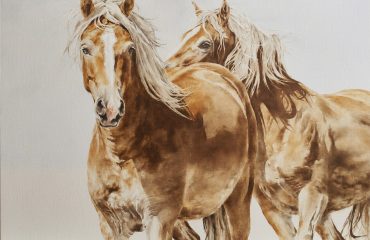