Mary-Haskins Gurganus Is Back In The Spotlight

Mary-Haskins and her stallion Richmond.
Photos by Brad Styron, www.BradStyron.com

She was on the fast track to international glory when life brought her plans to a halt. Now she’s back and ready to rock the FEI arena!

Looking back at her career, it was obvious the next logical step for Mary-Haskins Gurganus was the international arena. Her lifelong goal of making a U.S. team was finally within reach. A two-time national champion forYoung Riders at Gladstone and winning the 2003 NAJYRC Championships opened the doors to a world of opportunity. The then young rider was ready to go for it – to give it her all.But then something unexpected happened – life.Mary-Haskins, who prefers the name M.H., met and married the man of her dreams and they soon started a family. As most parents can relate to, her life began to change – drastically.Although M.H. never stopped riding and competing, the international arena had to wait. She had three more important things to attend to – her husband, Scott Gurganus, and two young children, Banks (7) and Liles (5).It’s difficult for her to explain just how hard – and yet amazing – having a family has been for her. “I’m not in a wheelchair and

I’m not facing any huge difficulties in my life, but as far as being a professional rider it’s been a struggle and, at the same time, a huge blessing.”M.H. explained how difficult it is to put on hold something you’ve wanted your entire life. M.H. grew up riding and always knew deep down that she belonged in the saddle. She went to college and pursued a degree in education, but always came back to horses when it came to her career.So, as happy as she was to be a mom, it was difficult to fade out of the spotlight and disappear into the woodwork. Yet, M.H. has always maintained a positive attitude. “In hindsight, I believe it has taught me appreciation and patience. It has taught me the importance of making your own great horses. I feel as though I have to basically start from scratch and climb my way back up. And I have worked and fought every day to get there again.”As M.H. emerged back into the limelight, she struggled to get back to where she was – and find her way into the international spotlight. She essentially had to start from scratch, literally cold- calling people in hopes of finding the right horse to campaign. She got a lot of yeses – and a lot of nos. But she didn’t give up.

Eventually she found a colt, named Richmond, with the potential to bring her up the ranks. Now nine-years-old, the stallion is the answer to her prayers.

Together, M.H. and Richmond had a successful campaign in 2013. They rode their first CDI together, winning Intermediare-1. They also earned a career high of 75 percent from one judge
in the Open Prix. St. Georges division, helping score them the Region 1 CBLM Open Prix St. George Championship. That same year, they were also Region 1 GAIG Open Intermediare-1 Champion. How’s that for returning to the spotlight?

She is also busy bringing along clients’ horses and riders at any given time, as well as showing her own four-year-old gelding, Ramone. M.H. says she also has two special youngsters of her own, a Sir Donnerhall filly and Charmeur colt, and several sales horses available. Of course, she is actively seeking sponsorship to further develop herself and her horses. She is training out of Rollover Downs in New Bern, North Carolina. She, herself, trains with Shawna Harding.

Thanks to her own journey, one of M.H.’s passions revolves around helping others – and giving back the industry that
has given so much to her. She hosts an annual young rider fundraiser clinic in which she raises money to send one deserving junior rider in Eastern North Carolina to ride with an international dressage rider.

With big goals for 2014, she now looks forward to riding in Florida this winter in the CDI tour and reminding the industry what she already knows – she has what it takes. M.H. will not let her hiatus stop her from achieving her dreams. Now equipped with even more determination and will to succeed, this mom is more ready than ever to take on the world and, once again, rise to dressage fame. 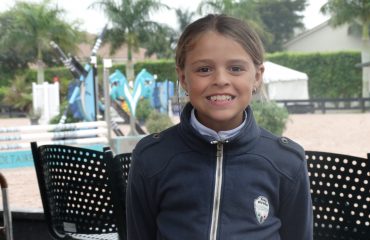 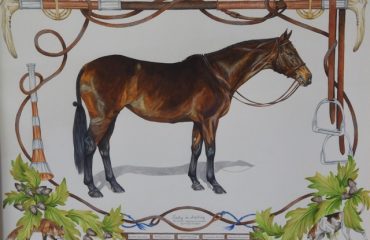 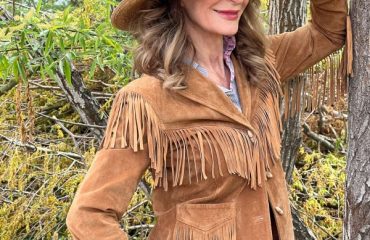 To Succeed, You Have to Start: Jill Slater & RIATA Designs