Teal It’s Gone: Katie Maxwell Takes the Reins on the Fight Against Cancer

In 2012, Katie Maxwell began experiencing persistent abdominal pain and fatigue. At first she wasn’t too concerned. After all, as a highly competitive hunter jumper rider and trainer, she just thought it was a result of working hard to finish off the year of competitions.

Katie was born and raised in Landrum, South Carolina — horse country. She caught the riding bug at age 4 and has been in the saddle ever since. After a brief time spent post-grad as a nurse at Saint Luke’s Hospital in Tryon, North Carolina, Katie decided to follow her true passion and began managing and training at her own facility, Sovan Hill Enterprises in Landrum. Later, she moved to Bluffton, South Carolina, to become the head trainer for Rose Dhu Equestrian Center.

Her career as a professional horsewoman has taken her to Grand Prix-level competitions, and with Katie at the helm, her students have qualified and competed in some of the country’s highest rated shows including the Washington International Horse Show, the North American Young Rider Championships and USEF Finals.

At the beginning of December 2012, Katie was not only experiencing abdominal pain and fatigue but she also noticed her abdomen was swelling. When Katie went to the doctor, she was diagnosed with late-stage primary peritoneal cancer, a close relative to ovarian cancer. She fought her cancer vigorously through surgery and chemotherapy. Katie’s mother, Chickie Brown, never left her side. She moved from Landrum to Hilton Head, and began traveling with Katie to treatments and competitions to help care for her, making it possible for Katie to keep showing and teaching.

Unfortunately, Katie was unable to reach remission. After a checkup, Katie was informed that she’d have to go back for surgery on December 15, 2015, to have more cancerous tissues removed. She’s been undergoing chemotherapy since her diagnosis, and is trying a new intense regimen since her surgery with the hope that she’ll be able to reach remission.

Through it all, Katie has continued to set goals for herself and her future as she has learned to live with cancer. She even continued going to horse shows and running her business, determined to keep her day-to-day as normal as possible. Katie still spends as much time as she can in the saddle, manages her business and works as a trainer at Rose Dhu Equestrian Center. She refuses to let cancer take over her life.

Katie on the medal podium at Pony Finals in 2015.
Photo by Shawn McMillen Photography

Katie learned that her cancer is caused by a genetic mutation passed down by her father. Had she known she possessed this gene before the cancer struck, she could’ve taken preventive measures to help fight it off. This posed an interesting question: How can people be tested to determine whether or not they’re at risk?

Teal It’s Gone is the answer to that question. Their mission: “…to promote awareness of genetic testing as a method to stop cancer in the ‘at risk’ stage.” Katie founded the organization and the title, Teal It’s Gone, is more than just a play on words, as the color teal represents ovarian cancer. Their campaign “Get Tested” is a means to offer genetic testing technology to the public in hopes of stopping cancer in its tracks.

The test is simple and noninvasive. A saliva sample is taken and sent to a lab in California where it’s tested for cancerous genetic mutations. The results are then sent to the subject, who can then decide what preventive measures they do — or do not — want to take. Katie stresses that the test isn’t controversial, just informational. “It’s a choice,” she said. “There’s no forced decision.”

Katie adds, “Information is power.” The test screens for genetic mutations linked to multiple kinds of cancer, including peritoneal, ovarian, breast, fallopian tube, prostate and pancreatic. Tests are $250, a price point that Katie is working with the lab to reduce, but who can put a price on the chance to save a life?

Knowing her cancer is linked to a genetic mutation afforded Katie the opportunity to have both of her children tested to assess their risk for cancer. As fortune would have it, they both tested negative for the mutated gene. “It stops with me,” Katie said. As a loving wife and mother, one of Katie’s goals is to be with her family for as many milestones as possible — high school graduation, college — all the things we hold so dear in life. She also has another goal: to help prevent other people from having to worry about missing milestones because of cancer.

When determining where to launch her “Get Tested” campaign, Katie decided to take her new-found knowledge to her home away from home: horse shows. “A horse show is a fantastic venue to reach an important demographic of young men and women,” Katie said. Her goal is to partner with popular horse show vendors to help get both the tests and the information distributed to as many people as possible. The hope is that participants will take the knowledge with them and help spread awareness.

As the campaign grows, Katie would like to recruit riders to help promote her campaign by wearing “Get Tested” saddle pads in the show ring, and even donate a portion of their winnings to the Teal It’s Gone foundation. The long-term goal is to have a horse owned by Teal It’s Gone working in the show ring to raise awareness and earn winnings which will be donated to the foundation. The equestrian ambassador will show under the organization’s colors, and travel with banners, trunks and more, to further the cause. Katie will thank her sponsors by displaying the names of all the businesses that help support her on banners and booth displays she hopes to set up at the shows.

Anxious to support their hometown girl, The Farm House has signed on as a sponsor of Katie and the Teal It’s Gone “Get Tested” campaign. The Farm House jumped at the chance to help Katie spread awareness and reach her goals, and will be the first vendor providing these tests to the public. The Farm House will be offering tests in their mobile store starting with the show in Gulfport, Mississippi, February 10th to March 20th. Exhibitors can pick up a test and more information on cancer genetics. 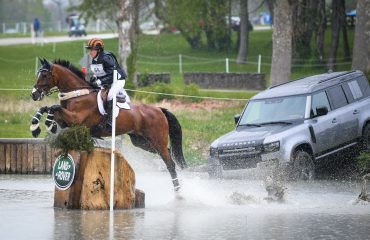 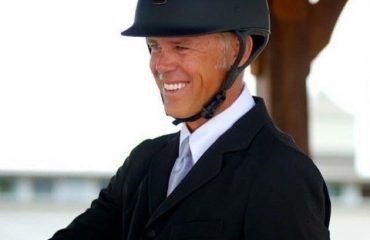 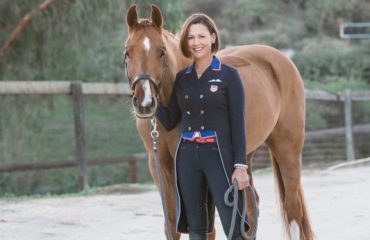 Tamie Smith: Fearless in the Face of Uncertainty