Blythe and Alejandro at Vizcaya Museum and Gardens in Miami, Florida.

Blythe Marano and Alejandro Karolyi met on a course set before either of them was born: a course following horses. Blythe and Alejandro were born over 2,000 miles apart, on separate continents with different languages, but they had one thing in common. Both of their parents loved horses and riding, a trait passed to both Blythe and Alejandro. Alejandro was born in Venezuela and began to ride at 5 years old, following the example of his mother, who rode show jumpers all her life. By 8, Alejandro was competing nearly every weekend, which set him on the path to competing in grand prix by 18. After studying at Monterrey Tech University in Mexico, Alejandro began working with Olympian Eric Lamaze at Torrey Pines Stables in Toronto, Canada. Alejandro began acquiring success all over the U.S. and Canada, including in Lexington, Kentucky.

Blythe grew up on a farm in northern New Jersey, where her father evented at the Preliminary level and her mother showed adult hunters. She began riding with a solid foundation in eventing, but soon found her niche in equitation. With a stellar junior equitation career behind her and a budding jumper career ahead, Blythe began training juniors and others for circuits such as the Winter Equestrian Festival and the Kentucky Horse Park, where she first began dating Alejandro. After six years, Alejandro and Blythe were married on November 21, 2016, and Sidelines caught up with Blythe to get the details on the wedding of these two successful equestrians.

How did you and Alejandro meet?

Alejandro and I knew each other a bit from the horse shows. We started dating at the Kentucky Horse Show about six years ago. It had been pouring down rain after a grand prix and we happened to be staying at the same hotel. I came in and I saw him at the restaurant with Juergen Von Buttlar. I knew Juergen pretty well, so I went to sit with them for dinner. Alejandro and I got to know each other through the next week there and we started dating. Juergen also now works for us as our flat rider and is a vital part of our team, so looking back, it wound up being a very significant dinner.

Our engagement was a complete surprise to me. Alejandro had the whole thing planned out and I had no idea it was coming. It was the last week of the Winter Equestrian Festival, and some of my family had flown in to watch the $500,000 Grand Prix Finale and the 1.50m final … Well, that’s what I thought they were there for. We finished out the weekend and we had an end-of-season barn dinner planned for Sunday at the Ingrams’ home. I got dressed for the dinner and Alejandro looked at me and was like, “Is that what you’re wearing?” I said, “Yes, it’s just a casual barn dinner.” Apparently he was not impressed by my ponytail. He said, “We have to go to the Grille after.” I was pretty tired after our 12 weeks of showing and really did not want to go out after dinner. After a lot of convincing, I did my hair, put on some heels and off we went to dinner. We got there and everything seemed pretty normal, as far as I was concerned. We did some end-of-season toasts and then Alejandro started with his. His toast went on and then all of a sudden he grabbed something from a bush nearby and then knelt down. I was totally in shock. I think my exact words were, “Are you serious?” followed by, “Is it real?” and then, “You all knew??” Hahaha. Obviously I said yes, but I really had no idea it was coming. So we finished dinner and then went to the Grille where Alejandro had also organized a huge party with basically the whole horse show waiting for us. My next words were, “You all knew too!?”

How was it preparing for the wedding while balancing two show careers?

We were very fortunate to have a fantastic wedding planner, Sheila Motley. She knows the horse world and knows Mondays are the day to get personal things done. She even knew when we had a week off from showing and would hound us to make sure whatever needed to be done got done, or decisions that needed to be made were made. There are so many things that go into a wedding, there’s no way we could have done it without her.

Where did you get married?

We got married in Miami, Florida, at Vizcaya Museum and Gardens. I’d been researching places in Florida, as we wanted it to be convenient for everyone and I really wanted a bit of a fairytale feel. I found Vizcaya and we visited it with Sheila and we both loved it immediately.

The ceremony was held on the beautiful grounds of the Vizcaya Museum.

How did you find your dress?

As always, we worked around the horse show schedule. So the Sunday after the Hamptons, some of my bridesmaids and I drove to New York City where we met up with Lee Ann Ingram. I’ve worked for the Ingrams for 11 years and she’s like a second mom. We had dinner and then we spent all of Monday dress shopping. Unfortunately, I had horrible food poisoning from our dinner the night before. I was sick all day so it was like a scene out of “Bridesmaids.” I will spare you the details, but after a few dramatic moments, we found the dress at Bergdorf Goodman.

What was the biggest challenge in planning the wedding?

We had a big wedding so the seating chart was somewhat overwhelming. Fortunately, Alejandro was really great at that, so I made a chart that covered a wall in our house and, 350 sticky notes later, he got it done. Sheila really handled all of the main challenges of the wedding. Without her, I can’t even imagine pulling it off. The only real challenge I had was fitting my dress into my car to go down to Miami.

In all the festivities, what was a highlight for you?

We had an amazing band that Sheila found for us called the Big Beyond, and our first dances were really magical. We did Brandi Carlile’s “The Story” for our first dance, and for the father-daughter/mother-son dance, they performed “Stand By Me” by Ben E. King.

How did your vision of the wedding compare to reality?

I think we can honestly say everything was exactly what we’d hoped for. We wanted something very formal and the details to be very special, but we also wanted the wedding to be inviting and make sure everyone had a great time. Sheila did such a great job making a reality of our vision. We had a fantastic band and a wonderful caterer. We then finished the evening by renting out a night club in Miami called Blume, where we only expected a small number to come but it wound up being the majority of the wedding. It was a fantastic evening that we shared with so many of our friends and family. We could not have hoped for a better night. 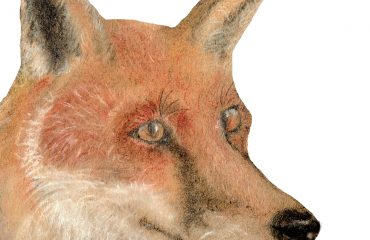 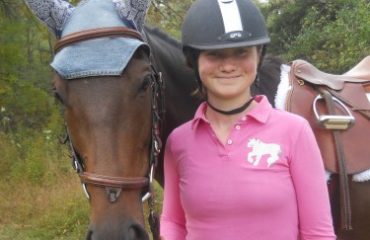 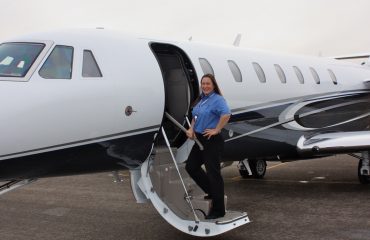