View of a galloping stretch on the cross-country course at Haras du Pin. The course has been redesigned specifically for the Alltech FEI World Equestrian Games 2014 in Normandy.
Photo by Diana De Rosa

When you’re eventing legend Mark Todd, who has won more titles than most people can count, what could another gold medal mean? Everything, if it comes at the Alltech FEI World Equestrian Games 2014 in Normandy.

“The World Championships is the one thing I haven’t won, and I’m probably not going to have too many more chances, so I’d love dearly to do well at these Games in Normandy. I think that at the moment I have the horses that could do it, or certainly go very well.”

Mark traveled from England to the Kentucky Horse Park in Lexington for the Rolex Kentucky Three-Day Event earlier this summer to give one of his three Normandy contenders, Oloa, a go at Rolex. But the day after dressage he re-evaluated the plan, opting to withdraw the 13-year-old gelding.

“I made the decision sort of halfway through watching the cross-country when everyone was going ’round. A lot were going inside the time. So I thought even if I went inside the time, based on our dressage score I’d only end up 18th or something. It wasn’t really worth using him up for that. He’s a good horse. He went sixth at Burghley last year. I’ll probably take him to Luhmühlen now and give him a run there.” (His two other prospective Games mounts, NZB Campino and Leonidas II, ran Badminton as a prep instead of Rolex.)

Rolex was an official selection trial for the 2014 Games, and like Mark, most top riders were there to get a dry run at what the course is expected to be at Haras du Pin. Mark already has somewhat of a feel for what to expect, having competed there before. “It’s a beautiful site. The ground is undulating, somewhat similar to [Kentucky],” he said. “The facilities should be very, very good. Last year they did a lot of work on the going, and the going was very, very good, so I think we’ll have a really good competition there.”

And what does he think 2014 Games course designer Pierre Michelet will present there? “Pierre designs most of the courses in France, so if you get to ride there, you get to ride his courses. He’s a very talented course designer. I’d expect we’ll have lots of accuracy questions, angles, skinnies. He loves making us go on a forward distance to skinnies. It should be very interesting.

“Kentucky is a much more galloping sort of track [than Normandy will likely be],” Mark added. “The Rolex cross-country course was big. It was a very galloping track — you just had to keep galloping all the way. I think in Normandy maybe he’ll put in a few turns and slow horses down a bit. It’s all guesswork until we see it. We don’t really know.”

Course designer Derek di Grazia, one of the selectors for the U.S. Eventing Team squad for Normandy, on course at the Kentucky Horse Park at Rolex Kentucky, April 2014, which was a selection trial for Normandy.
Photo by Diana De Rosa

Rolex course designer Derek di Grazia also pondered the cross-country course for the Games. “We don’t quite know what the length of the Haras du Pin course is yet, but we know it’s probably longer than Rolex,” he said. “The terrain is even a bit more than what they have here. Especially the last part of the Haras course is quite uphill, so the horses will have to be quite fit for the test they’re going to be doing.”

Derek, who’s also a selector for the U.S. eventing team for Normandy, added, “We’ve been going to France now for the last couple years and our riders have ridden Pierre’s courses. So we’ve become more aware of what’s to be expected. He does ask a lot of very acute angles and very flat angles.”

That was a factor in Derek’s design for this year’s Rolex, which he said was a somewhat tougher course than last year. “We’re trying to get ready for the World Equestrian Games, and we know some of the characteristics of the courses that Pierre does. So we try to do some of the things that get you ready for his types of courses, though it’s not necessarily what you’ll see on his course in Normandy,” he said.

“Every year I try to change the Rolex course from the previous year. That’s always a challenge because we have some features here in the Kentucky Horse Park that are permanent, so we have to try to use those as much as we can. Sometimes, like this year, I didn’t use the sunken road and did something different. You’re always trying to find new lines and ways to go through the Park, but at the same time incorporating the features that we have here. And it’s always in your mind that you’re designing a four-star, so you have to make the course up to that level. Those are the parameters you’re working on, and then the other thing is, obviously, that we’re getting ready for the World Championships.”

After clinching his third Rolex win in five years, William Fox-Pitt of Great Britain called Derek’s design “ … a superb track … I think we all felt that it was quite strong. It definitely had a little bit of a French flavor to it, and I think that was the idea. It did ride mainly very, very well, and I think it was a great prep for Normandy in many ways. Obviously, Normandy still will be very different. The terrain there is very different, very demanding. I think here the course is very, very inviting and very encouraging, and today we had fantastic ground. I think the French style of course design is maybe a little bit less attractive, a bit more vertical, a bit more upright.”

Variables aside, William left Rolex with that perpetual smile of his. “I’m very happy with my horse to have gone ’round here,” he said. “It’s a great course to have had under his belt, and he’ll be a lot better for it. I’m very excited about Normandy.”

About the writer: Darlene Ricker is CEO and Editorial Director of Equestrian Authors, LLC (equestrianauthors.com). She covered Olympic equestrian sports for many years as a staff writer and editor for the Boston Globe and the Los Angeles Times. She will be reporting from Normandy for Sidelines. 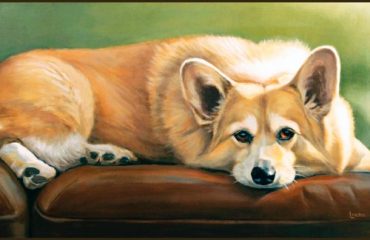 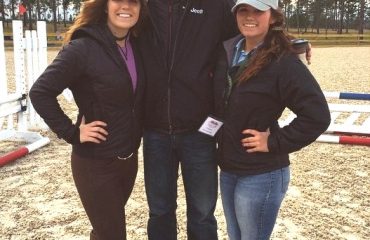 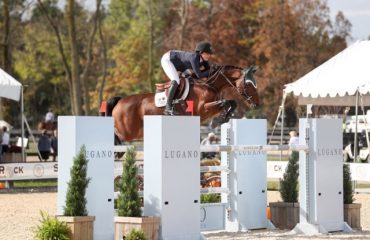