Chloe Reid has been around famous equestrians her entire life. Her first time on a horse was with Olympic show jumper Lauren Hough — but Chloe doesn’t even remember it. “While Lauren was the first person to put me on a horse, I only remember it from photos and stories people have told me,” she said.

Chloe became the youngest international U.S. team member when she rode on the team at 15.

All she can remember is loving horses — and that’s not too surprising, considering her family background. Her uncle is Chester Weber, the best four-in-hand driver in the United States, and her grandmother is Charlotte Weber, who found her passion in Thoroughbreds and owns a successful breeding and racing operation out of Live Oak Plantation in Ocala, Florida, also home to the Live Oak International going on 28 years.

Though her own parents had little interest in horses, they supported her. “The first real memories I have are from riding with my local stable in Washington D.C. called Meadowbrook,” Chloe shared. “I remember my parents would drop me off on the weekends or after school and pick me up at the end of the day.”

Now 22, Chloe has been not only juggling riding, work and school, but doing it well — she became the youngest international U.S. team member at 15, has been training with world-renowned Markus and Meredith Michaels-Beerbaum in Germany, and has been on the U.S. team with the one who first set her on a horse, Lauren Hough.

Chloe grew up riding and showing hunters. When she was 12 or 13, she began riding with Kim Prince and was introduced to jumping, which soon became her focus. “Kim was a jumper rider herself and had a strong influence in persuading me to the jumper ring,” Chloe said. “While I enjoyed doing the hunters when I was little and it taught me great lessons to improve my riding, the jumper ring is way more fun!”

She continued to do the junior hunters while she started the jumpers, but ultimately her craving for excitement won out. “After looking for some time for an equitation horse with no luck — equitation horses were all boring! — we went to Europe and found two amazing young jumpers instead.”

By 2014, all while completing high school in Washington D.C. and flying to Florida on weekends to show, Chloe was at the top of U.S. junior show jumping: she won gold at her fourth USEF Junior Jumper National Championships, helped the Zone 3 Young Rider team to gold at her third North American Young Rider Championships and represented the U.S. internationally. “When I turned 18, I made the transition to training with Meredith and Markus Beerbaum in Germany,” she said. “I’d competed in most of the Young Riders tours in America and knew that if I wanted to be great, I needed to go and start competing against the best riders in the world.”

Chloe, now training with Meredith and Markus Beerbaum in Germany, has discovered a love for Europe.

Chloe began training with the Beerbaums, learning and competing more and more. “Making the transition to the Beerbaums’ was a definite eye-opener,” she said. “In Europe I’m able to spend so much time with the horses and really be a part of every step of the production. We’re constantly traveling to different shows and if you have a weekend off then you’re watching other competitions on your phone.”

Despite competing in some of the world’s biggest competitions, Chloe still hasn’t quite gotten used it. “The more time I spend in Europe, and the more people I meet, it’s still shocking to meet a rider I’ve always idolized and have them talk to me as a competitor,” she said. “One thing I greatly admire about the show circuit in Europe is that everyone is always looking for ways to get better and will even ask me, with way less experience, if I have a different way of doing things.”

As she started jumping bigger classes, she was never alone. “I started riding my stallion Codarco, aka Cody, when he was 8 years old and we grew together jumping bigger classes for the first time for both of us. Cody helped give me confidence that I could jump against the best riders in the world and really is the reason I’ve achieved what I have. We had a truly special bond and I could tell you walking into the ring that he was going to try his heart out to jump clean for me.”

Chloe and her mom Juliet Reid

In 2017, Chloe and Codarco were selected to be on four Nations Cup teams, jumping a clear round at each one. In Falsterbo, after jumping double clean in the Nations Cup, they finished third in the Grand Prix that weekend, which caused them to be selected for the U.S. Nations Cup Finals team in Barcelona. Chloe says that summer was the highlight of her career so far — and sadly, it was Cody’s last. At just 11 years old, Cody passed away suddenly in early 2018 from what turned out to be a vicious cancer.

“I’ve been very fortunate to have the opportunity to ride so many amazing horses in my life. Each one, even if it was for a short time, has given me experience and valuable knowledge, but I will have to say Cody will forever be my horse of a lifetime,” Chloe said.

Chloe hasn’t stopped her pursuit of excellence, despite the unexpected heartbreak. She continues to ride and train with the Beerbaums in Germany during the summers, and it’s surprised her how much she enjoys it there. “As a city girl at heart, I don’t think I ever imagined I would be living half the year in a small town in Germany. I love living there and hope that when I finish university, I can spend more time there.”

Chloe’s love for horses began when she was young

At the University of Miami, a short drive from Wellington, Chloe is double-majoring in political science and english with a minor in sports medicine. She continues to try to balance showing, part-time work, school and supporting her family’s show, Live Oak International — learning in every aspect of her life. “I’ve actually learned a lot to help benefit my riding from watching both my grandmother’s programs and my uncle’s,” she said. “It’s interesting to see the different fitness programs, equipment, rehab programs for injuries, etc. for the same animal; all of our programs are different, but I like taking pieces from each to better the horses.”

In the meantime, Chloe looks forward to returning to Germany this summer and finding new young horses. “I love having projects!” she said. “My ultimate goal is to represent the United States in championships. Whenever you’re able to ride with the team coat and represent your country, it’s a feeling like nothing else. I aim to be as consistent a team rider as Laura Kraut, Lauren Hough, Kent Farrington, Beezie Madden and McLain Ward are while representing the U.S.A.”

All the while, she won’t forget where it all started. “I also have the goal to compete with my Uncle Chester in the Jump and Drive in Aachen!” she said, referring to CHIO Aachen’s relay competition where a show jumper completes a course and then jumps onto the back of a carriage while the driver navigates an obstacle course.

“Sharing the passion of horses with my family makes us really close and to be able to combine our disciplines and compete with Chester — especially at Aachen! — would be incredible,” she said. 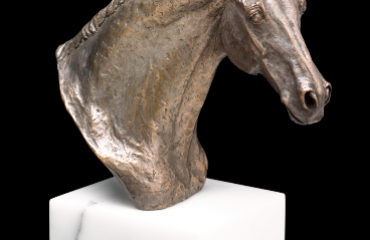 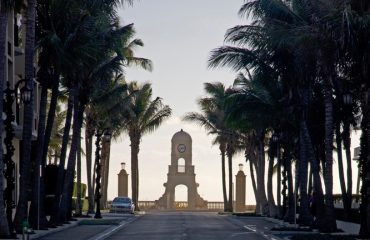 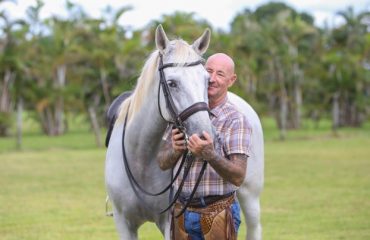