West Side Story for Sidelines Magazine

Relatively speaking, Nick Haness is the new kid on the block; however he’s not all that new to the horse show scene. As a junior, he was very successful – acting almost as a junior and a professional — riding many horses for owners even before he turned pro. As a junior he won many championship ribbons on a beautiful bay gelding named Providence.

Born and raised in Orange County, California, Nick began taking riding lessons at Coto de Caza. Although he traveled around from Rancho Santa Fe to Northern California to catch ride, his Huntersbrook Stable is at Coto De Caza, right back where he started!

Growing up in an equestrian community, horses sparked his interest at a very young age. His best friend had horses in her backyard and he always had a fascination with them. When he was three, his babysitter would drive him in the golf cart to feed carrots to the horses. By the age of four, he was having one lesson a week and by six he knew he wanted more! One of five boys, he is the only rider in the family. His brothers were athletic but involved in other sports and his parents were certain that riding was merely a passing phase for Nick — but that was not to be.

Nick and Cristiano show off their style at Thermal in the $10,000 Devacoux Hunter Prix.
Photo by Gail Mourey

At 15, he was buying and selling horses and training for owners, giving him experience well beyond his “junior status” age. When it came time for college Nick was forced with a big decision — whether to pursue an education or continue with horses. Nick turned professional after he aged out of the junior division and although he had good grades, he knew what he wanted to do with his life. Everything led him down that path!

Nick did a lot of observing in the beginning. He went to shows and watched John French and Peter Pletcher compete and studied how they prepared horses for the ring. He attributes much of his riding style to these top professionals. When Nick was young he remembers watching the Olympics and The World Cup and thinking about the thrill of performing in front a crowd and hearing them cheer. He thinks in the hunter world, riding in a derby is the closest thing to that, “especially when you win!”

Nick – in the winner’s circle!

He loves the derbies, saying that the added pressure and the level of difficulty makes him more focused. “In the derbies, you really form a bond with your horse, because you have to trust them and not override. Luckily, I have a good group of horses that I’ve had for a while that I know. I really like the handy rounds because it can separate the horses that are cautious verses one you can really just go for it, which I like because I’m kind of a risk taker.”

Nick has won six of the twelve USHJA derbies offered at Thermal during the last two years, which he feels is his biggest accomplishment so far. Not bad considering he has only been a professional for six years and is 24-years-old.

In addition to riding, Nick also has students that compete in all divisions, although as he puts it, “the art of equitation” is his favorite. “I’m a bit of a neat freak and a perfectionist, so the equitation for me is an art. I enjoyed riding in the equitation albeit for two years. I love teaching equitation and I enjoy the process of developing horses for Big Equitation classes. One of my students was 10th in the Maclay Finals last year. As much as I love a good hunter, I am hoping to get some grand prix horses which might surprise some people who think of me as a hunter rider. I have shown jumpers and would love to have a string of grand prix horses someday.”

This winter, Nick will head to Palm Beach to ride horses for another trainer. Although he’s been to Palm Beach this will be the first time he will compete there. He will then return for six weeks at Thermal. Nick is definitely one to watch in the horse world and it will be exciting to see what he does next!

Holly Hugo-Vidal is Sidelines’ California correspondent and writes the “West Side Story” column. Holly is located in Rancho Santa Fe, California. Holly specializes in hunters and equitation as well as adults.  She is an “R” USEF judge, clinician and an author. Her most recent book is “Build Confidence Over Fences.” 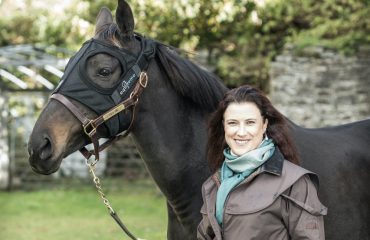 Spreading the Word on the Power of Light 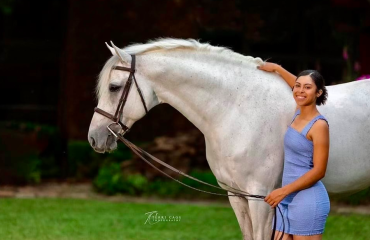 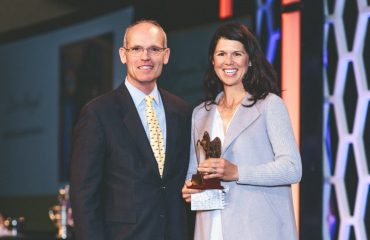