When Alan Bietsch first made the drive from his home in Connecticut to Old Salem Farm in North Salem, New York, he expected to find a back-country farm. What he actually found was the early makings of one of the country’s top equestrian facilities.

Alan is now the property and facility manager at Old Salem Farm, but stumbling upon the position was a beautiful accident. A graduate of the University of New Haven, Alan’s professional background is in civil engineering, and he worked as a civilian with the U.S. Army Corps of Engineers, as well as in private and heavy highway construction for most of his life. In 2007, he was working for the Hakim Family — the owners of Old Salem Farm — in their real estate development division when a new opportunity came his way.

“One day, I was asked to attend a meeting about a farm they owned,” recalled Alan. “I didn’t even know what kind of farm it was at the time. I was told they were doing a renovation and the contractor was behind schedule and over budget. The next day, I drove to Old Salem Farm and saw it for the first time.”

When Alan first laid eyes on Old Salem Farm, it was home to only eight horses and in the midst of a two-year renovation that had all but completely stalled. He got the project back on its feet, hired a new architect and finished the updates and expansion within 18 months.

“It was then that I was asked to stay and run the farm,” continued Alan. “At that point, it was more about being involved with a family business than breaking into the horse business for me. And I was really intrigued by the property’s history.”

Founded in 1964 under the name Salem View Farms, Old Salem Farm has undergone its share of transformations to now call a picturesque 120 acres in Westchester County home.

The farm changed hands and names several times, including a stint under the ownership of actor Paul Newman and his actress wife and avid horsewoman, Joanne Woodward. It wouldn’t come to be known as Old Salem Farm until 1984, after which it hosted the U.S. Equestrian Team selection trials for the 1990 FEI World Equestrian Games, grew the ever-popular Spring Horse Shows from a modest Easter Sunday event that started in 1967, and attracted one of the most celebrated show jumping events in the U.S., the American Gold Cup, in 2011.

Kamran Hakim, his wife, Ellen, and their son, Scott, became involved with the farm in the late 1990s and became sole proprietors in 2001. In the nearly 10 years that followed, Kamran invested in a multi-phase project to renovate Old Salem Farm to its current status, which included the appointment of Alan as manager and Frank Madden as head trainer.

Alan, a lifelong Connecticut resident, was born in Bridgeport, grew up in Trumbull and now lives in Woodbridge with his wife, Michele. His daily commute to Old Salem Farm is an hour each way, but he wouldn’t have it any other way.

“It’s so worth it,” he said. “The Hakim family is very proud of this place and supportive of the advancements we try to make. I also love to see what it does for the local communities within Westchester County.”

While Alan’s resume doesn’t include a lifetime of riding or training horses, his ever-growing knowledge of the industry is complemented by a steadfast dedication to success. He has celebrated many victories during his tenure at Old Salem Farm, but the one he can most likely hang his hat on is helping to make the Grand Prix Field one of the most iconic show jumping venues in the sport.

Before working with the Hakim family, Alan took a hiatus from traditional construction and spent five years building golf courses, an experience he constantly draws on.

“When it came to do doing earth work, it was an easy fit,” said Alan. “In the golf course industry, a lot of care and maintenance goes into keeping a course competition-grade. After the first horse show I was involved with, I could see that we had some work to do to make the footing match the improvements we’d made to the rest of the facility. We needed to get in golf course mode!”

Alan spearheaded a process that included a short-term program to get the ground in shape and followed through with four years of constant maintenance. “After that project, people really started falling in love with this place,” said Alan.

A quick study in an unfamiliar world, Alan has become well-versed in footing, show management and pleasing the world’s top show jumpers. In turn, Old Salem Farm has become a part of the Bietsch family.

While Alan — radio in hand — can be seen overseeing operations, his son, Chris, can also be spotted at the farm as part of the crew that maintains footing and the overall appearance of the facility. Most notably, however, Alan’s oldest daughter chose Old Salem Farm as her wedding venue in fall 2016. Alan, Michele, Chris, Allison and youngest daughter, Madison, transformed Old Salem Farm’s double-decker tent into a fairytale wedding and celebrated Allison’s marriage to her husband, Matthew.

No doubt a special place for show jumping riders, Old Salem Farm has welcomed Alan and his entire family into the world of horse sport. When asked what he likes most about working within an industry that was once so foreign to him, Alan simply replied, “You can’t ask for much more than waking up every day excited about going to work.” 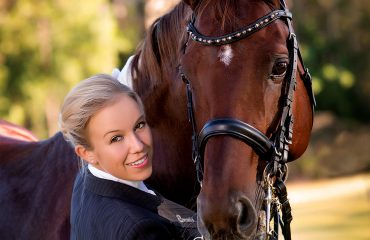 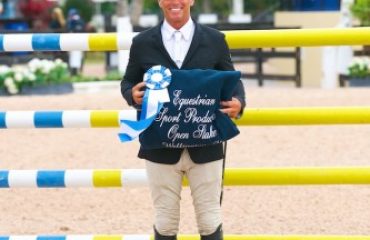