Robin Rost Fairclough — A Career Built On A Solid Foundation

Robin Rost Fairclough has made a name for herself in the horse world, especially when it comes to figuring out what equines and riders need in order to achieve success. Her clients, ages ranging from young juniors to golden years, compete in hunters, jumpers and equitation. She has coached several winners of Medal and Maclay finals and trained successful jumper riders from Junior to Amateur Owner to Grand Prix. Robin built her professional career on a solid foundation of what she learned as the only child of Robert C. “Doc” and Joan Rost and continues to share this priceless legacy.

“My parents taught me to work hard and to work at what you enjoy — we’ve all been fortunate to do that, because if you enjoy your work, it’s not work at all,” said Robin. “Also, always try to give back to the sport. My Dad developed jumper cups to replace the wooden dowels and he was the first to introduce automatic timers instead of a hand-held stopwatch for jumper rounds. He’s in the Show Jumping Hall of Fame for those two things. Both my parents were judges, so that’s why I’m directing my career that way now. I enjoy judging and I really enjoy giving back and seeing that aspect of the sport.”

The lessons started early in Robin’s junior career. Her father was a general veterinarian with a small- and large-animal practice, who officiated as a judge at many major shows in the United States. Doc proved instrumental in the growth of show jumping from the 1950s to the 1990s and was one of the first professional course designers in the U.S. Her mother, Joan, a rodeo queen at Madison Square Garden, showed and trained Quarter Horses with great success. Robin herself campaigned a number of Quarter Horses successfully in AQHA and later USEF shows in the jumper divisions and partnered with her father in his active show stable.

“My mother was sort of an ‘old school’ horse trainer,” said Robin. “She instilled in me the fact that every horse is suited to a specific job — you just have to try to find the job they’re best suited for. She would incorporate Western training techniques with the hunters and jumpers. I think that was really important to me. My Junior Jumper Quarter Horse was pretty much unbeatable — Wigg’s Bar was high-score horse in 1974.”

As a top junior rider, Robin won the 1974 AHSA Medal Finals — now known as the USEF Medal Finals — and finished second twice and fourth twice in the ASPCA Maclay Finals. Also in 1974, she won Pony Finals on Southern Gray, a large pony hunter trained by Marion Hulick. She earned Best Child Rider at Devon and Pennsylvania National, along with national championships in Junior Jumpers and Green Hunters. Robin’s family lived in northern New Jersey, and she went hunting with Essex Foxhounds when she had a horse for sale that might suit a foxhunter. Robin spent one memorable day riding to hounds with Jackie Kennedy.

Her résumé includes training with Bertalan de Nemethy at the U.S. Equestrian Team headquarters in Gladstone, New Jersey. Over the years, she has competed in a number of Grand Prix around the country and, when hunter derbies became a prize list attraction, expanded her competitive repertoire to include them as well.

Robin’s junior years, coupled with sharing her parents’ passion for all things equine, pretty much set her course in life. She proved instrumental in coaching several Medal and Maclay Final winners. She also trains riders in high performance jumpers, from Junior/Amateur Owner to Grand Prix. Her loyal clientele over the years includes parents and riders who think Robin’s special. She has a knack for re-igniting a rider’s passion for competing and encourages them to be closely involved with every aspect of their equines.

“I never had a large group of junior riders so I’m able to focus on the one or two who might need extra help or time,” said Robin. “I think the biggest things I can share with them are my own experiences and the love of the horse. We’re a bit more of a hands-on operation — all the kids take care of their own horses. They really learn horsemanship and I think that allows them to appreciate their animals so much more. We always vary the riding. There’s indoors, outdoors, trail riding. They get to enjoy their horses.”

The show world has been into specialization for many years now. Robin’s approach might seem old-fashioned, rooted historically in her own junior years, but if it works, why not?

“I had a junior come to me from one of the larger barns,” said Robin. “We got her Junior Jumper refocused and confident again. Her horse ended up doing the High Amateur Jumpers and they also placed in a few Grand Prix. I really enjoy getting the kids to work with their horses. Specializing with one horse at a time, not a collection of horses — I really enjoy that aspect of training.”

One recent success story involves Catherine Apostol, a top young rider who came back from a loss of confidence to qualify for all four National Finals for her last three years before she aged out. As she had just started at Bucknell University, she didn’t have the luxury of riding with Robin every day, but dealt with the stress like a trouper.

“I showed up at each Final, hoping that my eye could still adjust to Courage’s huge stride and that I’d ride as well as I was capable of,” said Catherine. “Thanks to Robin, I had no doubts that my horse would be perfectly prepared and that I could rely on him and our years of experience together to get the job done. I was very pleased with how the last year of my equitation finals went. Placing 10th in the Maclay Regionals was wonderful and gave me confidence going into the USEF Medal Finals and Capital Challenge.”

For Catherine, there was pride in her horse, Courage, who did everything she asked. She decided to give him a rest between all of the indoors and took her jumper Dolly to the USET Finals even though the mare had no prior experience showing in a USET class. Catherine was one of three juniors to earn the USEF silver medal by winning more than 10 classes to qualify for the finals of the Platinum Performance/USEF Show Jumping Talent Search. Like the Olympics, it isn’t always about winning – sometimes it’s about participating.

“It’s often difficult for riders to keep going if they don’t have an indoor for when winters are tough,” said Robin. “Catherine had shown a children’s pony with a lot of success at that barn. She was champion at the Zone 2 Finals. Then she grew, like incredibly, and I think she had a hard time adjusting to the next step. She never got to do a large pony. She went straight to a horse and it was winter, adding to the challenge of getting accustomed to a new ride. When she came to me, she was at a crossroads, trying to adjust to the horse.”

Catherine had received a strong foundation from her longtime trainer, Ann Mitchell, at Smoke Rise Farms, but it was time for a change. When the Apostols decided to train with Robin, it meant a 90-minute commute each way to Top Brass Farm, but turned out to be well worth the effort.

“Robin is a clear leader in horsemanship, attitude and generosity,” said Cathy, Catherine’s mother. “I’ve overheard Robin’s students describe her as the person at any show, no matter what level, who always knows what to do in an emergency or problem, horse or rider. She’s attentive to every detail and the importance of the right saddle, bit, boots for the horse and rider — all the ingredients for success — and Robin’s always willing to lend a helping hand and understand your personal circumstances.”

It didn’t take all that long for Robin to rekindle Catherine’s love of riding. “Robin built my daughter’s confidence with positive reinforcement, praise and constructive criticism,” said Cathy. “The lessons were always fun but also full of purpose. Catherine’s horsemanship was transformed when she gained the confidence to handle a horse that was spinning or bucking with a sureness that didn’t exist before she started riding with Robin. When Catherine started to win, spending weeks at HITS and other challenging A-rated shows, Catherine’s results reinforced the dedication inspired by Robin. My daughter wanted to go to the barn every day, whatever the weather. It was an amazing turnaround.”

As for students whose equestrian careers continue beyond their junior years, Robin said: “I’m very proud of them. It’s very satisfying to know that I have passed on my love for horses to these students. Several of them, including my son James, have gone on to be professionals.”

Robin has plans — for herself, her horses and her business. When a horse tripped with her in June and she broke her neck, it slowed her down for the summer, which was inconvenient and annoying even though she took it in stride. She had won an international hunter derby with Veerle, a mare she owns and normally competes in the 1.30m jumpers. Her young horse, Master Plan, scored 88 in a future hunter class in his second horse show ever.

“I just started riding again in October,” Robin said. “I’m appreciating everything a little bit more now. I’m recently divorced and relocating my business with Otis Brown to Ocala, Florida, and Lexington, Kentucky. We both enjoy instructing dedicated riders at all levels in between fulfilling our judging commitments. I’m still riding and showing and enjoying developing young horses with the goal of creating a Derby horse. I’m very excited about this new beginning to the lifestyle I chose when I was just a child.” 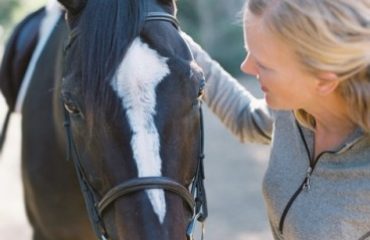 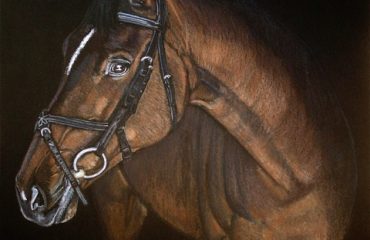 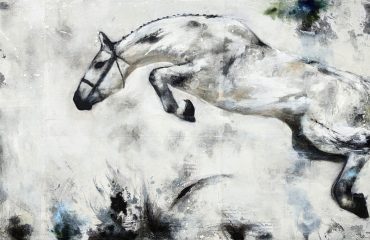